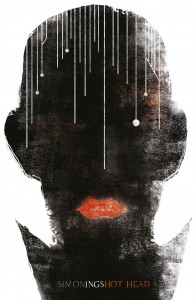 And the heroine does come through, and the world does get saved…

Even the urban decay and high-tech futurity of Blade Runner doesn’t have the sense of all-pervasiveness that Ings’s book has. His first novel, Hot Head, confirms him as a bright light on an otherwise dim horizon.
The New York Review of Science Fiction, No 56, April 1993

Entertaining and intelligent
Time Out, July 1 1992

There is something perverse about a story of hi-tech high adventure which not only insists on describing the damaged childhood of the heroine in quietly sinister detail, but holds the attention while it does so. Simon Ings’ first novel has a charismatically neurotic protagonist — a lapsed Islamic cyborg with a defective exoskeleton nostalgic for the extra senses that the authorities have taken away. She was part of a military force that saved the world once, from the angry Artificial Intelligence Moonwolf, but she is reduced to making blue movies to get access to exotic sensory equipment. And no matter how badly the authorities have behaved, they will always need you when the Earth is in danger again… This is less a cyberpunk novel than one which shares some of the same noirish preoccupations as cyberpunk — AI, the extension of human senses, strange virtual realities — in this case a decrepit seaside resort that is also a lesbian paradise of wistfulness and good coffeeshops. And the heroine does come through, and the world does get saved, but this was never going to be a book that ended otherwise. Hot Head is a remarkable debut, full of startling imagery and set pieces of bizarrely inventive action.
Roz Kaveney