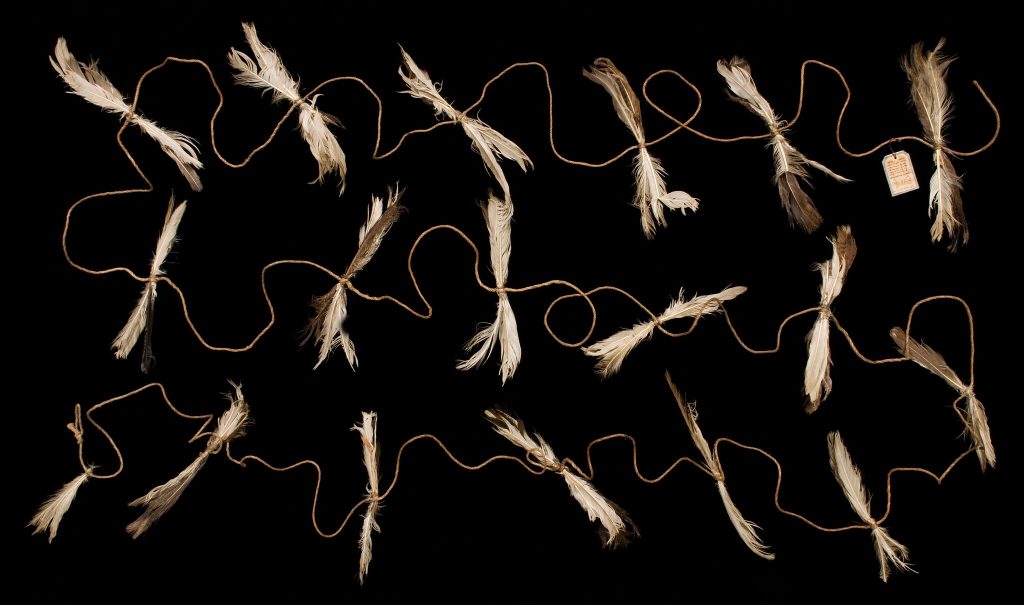 Visiting Spellbound: Magic, Ritual and Witchcraft at the Ashmolean for the Financial Times, 3 September 2018

Some wag has propped a ladder in front of the entrance to the Ashmolean Museum’s new autumn show Spellbound: Magic, Ritual and Witchcraft.

Visitors are more than likely to walk around that ladder, rather than under it. This demonstrates no mere quirk of psychology — no half-way embarrassing propensity to superstition. It reveals something fundamental about us: that we rely on symbols, and often these symbols carry more weight than our raw perceptions.

Perhaps someone told you, most likely in a quite unserious way, that it’s unlucky to walk under a ladder. Whether or not you ever took it seriously, this notion has enriched your idea of what a ladder is. Literally: it helps you recognise ladders. That’s why walking around the ladder seems natural, while walking under it requires a small conscious effort.

The world is big and it doesn’t come pre-labelled. We need to enchant the world in order to manoeuvre through it. For every daft superstition we pick up along the way, we acquire a hundred, a thousand meanings that do make sense, and without which we simply could not function.

To explain magical thinking from first principles is hard. To do so with exhibits is a real challenge. Spellbound proceeds by discrete steps, and the first of its three rooms seems to be introducing us, not to magic at all, or ritual, or witchcraft, but to cosmology.

John Dee’s purple crystal ball is here; the astrologer and antiquary claimed that the angel Uriel gave it to him in 1582. Dee’s reputation as one of Europe’s most gifted mathematicians was not in the least dented by his claim. The scientific spirit was abroad by then, but no one had any very clear idea which bits of the world would succumb best to scientific analysis.

Not far away is a French brass prognosticator used to calculate bloodletting times. It’s a handsome, precision-made scientific instrument, owing its existence to laws, then common throughout Europe, requiring physicians to calculate the position of the moon before conducting an operation.

The manuscripts and books here are less about what we would now call science, and are actually much more to do with love. For the Medieval mind, love is a cosmological principle: all parts of the universe, according to this alchemical vision, are striving towards union and self-fulfilment. Young things strive towards adulthood. Base metal strives to become tarnishless gold. Union generates at least the promise of perfection. Even the elements marry.

In the second room, we confront the obverse of this universal yearning: namely, unbridled anxiety. Becoming the best you can be does, after all, imply defending yourself against the worst.

A shoe hidden up a chimney breast; a mummified cat in the attic, a child’s cap in a wall cavity: the trouble with these objects is their simplicity. They can be touching. But many are ordinary to the point of tawdriness, and you can’t help but wonder whether we’re being invited to overinterpret these scraps of cloth and leather, discovered in walls and cellars and foundations. The point isn’t lost on the curators; a “witch’s ladder” — a long string tied with feathers — most likely began life quite innocently, we are told, as a device to scare off deer. Scholars of witchcraft are wise to, and no doubt coolly amused by, the salacious imaginations of amateur collectors.

Curated by artist Marina Wallace and Sophie Page, a medieval scholar from University College London, Spellbound treats with high seriousness a subject that’s often trivialised. Original artworks have been commissioned. (My favourite is Katharine Dowson’s Concealed Shield — a huge glass heart in a walk-in hearth-space, pierced with ruby-red lasers.) The exhibition seeks to distil much of a major three-year collaborative academic research project, funded by the Leverhulme Trust, into the interior lives of ordinary people between 1300 and 1900. The venue is, to say the least, appropriate. Dr Xa Sturgis, the Ashmolean’s director, was once a magician (“The Great Xa”, no less). The museum’s founder, Elias Ashmole, was a university astrologer whose clients included Charles II.

High seriousness can, of course, get awfully dull, and it says much for their nerve that Wallace and Page have saved so much of the connective tissue in their argument for the final room. The historian Malcolm Gaskill has had a hand in the arrangements here, and has pulled off something remarkable: a series of cases that comprehensively pricks our assumptions, humanising not only those accused of witchcraft, but also their accusers.

Most suspected witches, it transpires, were not isolated figures hounded by their hysterical communities. They were their accusers’ elderly relatives in the main. They were rarely ever prosecuted, since trials were discouraged and expensive to boot; and if they were ever brought to trial, it was to answer charges that (setting aside some notorious outliers) had far more to do with personal relationships and intense emotions than hysterical superstition. Even if you were found guilty, you had an evens chance of being let off.

My favourite object here is a 17th-century “witch balance” in which people accused of sorcery were weighed against a bound copy of the scriptures. If you weighed more than a couple of hardbacks, you were deemed innocent. This fearsome-looking device was, in truth, a ritual exoneration machine.

With its final spaces focused on two witchcraft trials from the English fens in the 1640s, Spellbound turns out to be, quite unexpectedly, a show about grief, and how it festers. When we are hurt, we find it easy to blame others. Now picture the intensity of hurt that holds sway in small communities absent antibiotics, and clean water, and refrigeration, and any real clue about the causes of disease.

Spellbound is about being poor and discontented so that, in the words of one clergyman in 1587, “she might seek vengeance when refused alms, whereafter he doth think himself unhappy that he was so foolish to displease her”.

It’s about watching your children die, one after another, and struggling to understand why. It’s about how, far from being brutalised, ordinary people harnessed every scrap of cosmological meaning — every hope, fear, rumour, bit of lore and priestly urging — in an effort to handle misfortune.

Spellbound is an unsettling show, and not in the ways you expect. You may hope to be titillated with all its talk of Satan and his little devils. What you don’t expect is that Spellbound will make you want to be a kinder person.