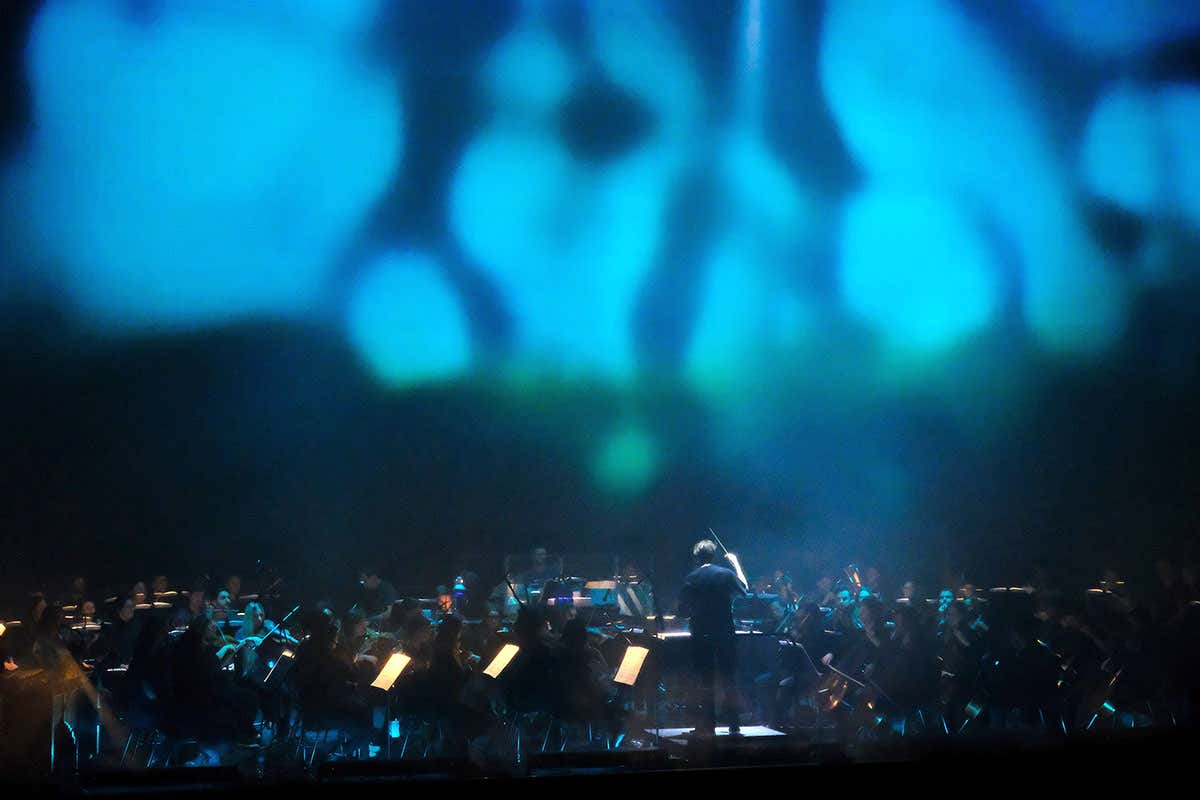 Listening to the London Contemporary Orchestra for New Scientist, 1 November 2018

On All Hallow’s Eve this year, at London’s Barbican Hall, the London Contemporary Orchestra, under the baton of their co-artistic director Robert Ames, managed with two symphonic pieces to drown the world and set it ablaze in the space of a single evening.

Giacinto Scelsi’s portentously titled Uaxuctum: The legend of the Maya City, destroyed by the Maya people themselves for religious reasons, evoked the mysterious and violent collapse of that once thriving civilisation; the second piece of the evening, composer and climate activist John Luther Adams’s Become Ocean, looked to the future, the rise of the world’s oceans, and good riddance to the lot of us.

Lost Worlds was a typical piece of LCO programming: not content with presenting two very beautiful but undeniably challenging long-ish works, the orchestra had elected to play behind a translucent screen onto which were projected the digital meanderings of an artistically trained neural net. Twists of entoptic colour twisted and cavorted around the half-seen musicians while a well-place spotlight, directly over Ames’s head, sent the conductor’s gestures sprawling across the screen, as though ink were being dashed over all those pretty digitally generated splotches of colour.

Everything, on paper, pointed to an evening that was trying far too hard to be avant garde. In the execution, however, the occasion was a triumph.

The idea of matching colours to sounds is not new. The painter Wassily Kandinsky struggled for years to fuse sound and image and ended up inventing abstract painting, more or less as a by-product. The composer Alexander Scriabin was so desperate to establish his reputation as the founder of a new art of colour-music, he plagiarised other people’s synaesthetic experiences in his writings and invented a clavier à lumières (“keyboard with lights”) for use in his work Prometheus: Poem of Fire. “It is not likely that Scriabin’s experiment will be repeated by other composers,” wrote a reviewer for The Nation after its premiere in New York in 1915: “moving-picture shows offer much better opportunities.” (Walt Disney proved The Nation right: Fantasia was released in 1937.)

Now, as 2018 draws to a close, artificial intelligence is being hurled at the problem. For this occasion the London-based theatrical production company Universal Assembly Unit had got hold of a recursive neural net engineered by Artrendex, a company that uses artificial intelligence to research and predict the art market. According to the concert’s programme note, it took several months to train Artrendex’s algorithm on videos of floods and fires, teaching it the aesthetics of these phenomena so that, come the evening of the performance, it would construct organic imagery in response to the music. 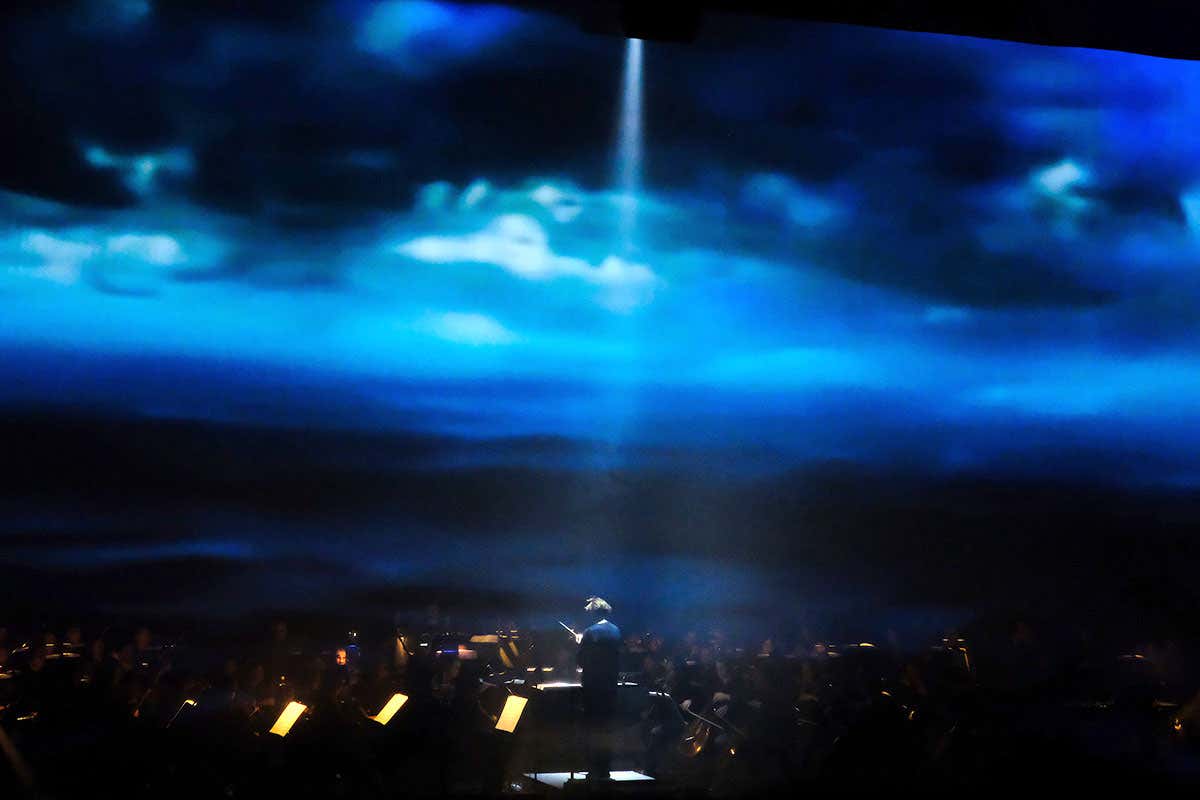 While never obscuring the orchestra, the light show was dramatic and powerful, sometimes evoking (for those who enjoy their Andrei Tarkovsky) the blurriness of the clouds swamping the ocean planet Solaris in the movie of that name; then at other moments weaving and flickering, not so much like flames, but more like the speeded-up footage from some microbial experiment. Maybe I’ve worked at New Scientist too long, but I got the distinct and discomforting impression that I was looking, not at some dreamy visual evocation of a musical mood, but at the the responses of single-celled life to desperate changes in their tiny environment.

As for the music – which was, after all, the main draw for this evening – it is fair to say that Scelsi’s Uaxuctum would not be everyone’s cup of tea. For a quick steer, recall the waily bits from 2001: A Space Odyssey. That music was by the Hungarian composer György Ligeti, who was born about two decades after Scelsi, and was — both musically and personally — a lot less weird. Scelsi was a Parisian dandy who spent years in a mental institution playing one piano note again and again and Uaxuctum, composed in 1966, was such an incomprehensibly weird and difficult proposition, it didn’t get any performance at all for 21 years, and no UK performance at all before this one.

So I hope it takes nothing away from the LCO’s brave and accomplished playing to say that the visual component was the evening’s greatest triumph. The dream of “colour music” has ended in bathos and silliness for so many brilliant and ambitious musicians. Now, with the judicious application of some basic neural networking, we may at last be on the brink of fusing tone and colour into an art that’s genuinely new, and undeniably beautiful.