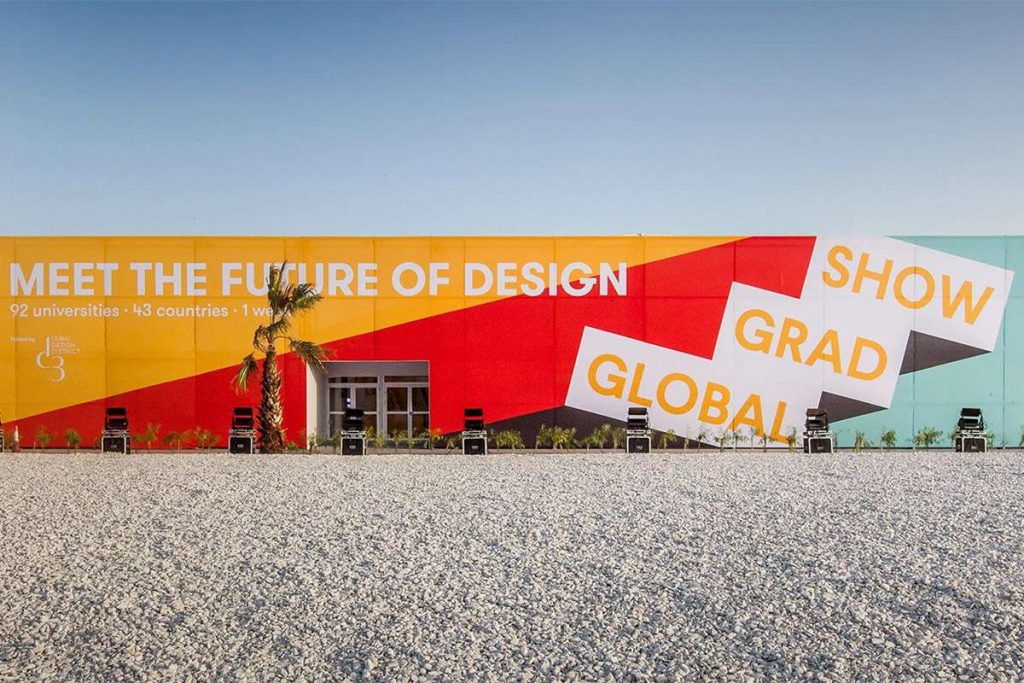 For a while now, I have been barracking my betters (and with a quite spectacular lack of success) to send me to cover the science and technology of the Middle East. True, it’s a region abuzz with boosterism and drowning in vapourware, but big issues do get addressed here, in a bullish, technocratic sort of way.

Is the planet in trouble? Certainly. The scale of the problem is easier to accept if you live in a climate and an ecosystem that was barely habitable to begin with. Is this state of affairs a consequence of human action? Obviously: the Gulf used to be green, with the whole coast once threaded with irrigation channels. No one here is ignorant of the fact. Should we bail out for Mars at the earliest available opportunity? Hell, yes – and Dubai, where the air-con (if not yet the air) has to be paid for, is the closest Earth has to a civic blueprint for Mars.

At the Dubai Design Week last November, I met a new generation of graduates sharing designs for the end of the world.

They had come for the fourth edition of the city’s annual Global Grad Show. The show featured 150 works this year, representing 100 of the world’s best design schools in 45 countries – and this explains, even if it does not quite justify, the show’s claim that it is “the most diverse student gathering ever assembled”. Locating the show is not so easy, I find, traipsing cluelessly among the super-symmetrical towers of d3 (the Dubai Design District, and one of Dubai’s many enterprise zones). I elbow through crowds gathered in knots around maps, there to guide them to Downtown Design, an enormous trade fair drawing in hundreds of brands from all over the world, or queueing for any one of the 230-odd other events, workshops and product launches that make this week the largest creative festival in the Middle East.

What’s driving this ferment? You may as well ask what’s driving Dubai itself – a liberal-ish responsive-while-undemocratic metropolis less than a generation old, emerging like a toadstool after spring rains in one of the most inhospitable ends of the Earth. Dubai, built by South Koreans, bankrolled by Iranian exiles, administered by European blow-ins, is global capitalism’s last great sandbox experiment before the Red Planet. The Emiratis themselves direct the design effort, and three projects dominate: mass housing; sustainable technology (because Dubai is already living the low-carbon inhospitable-climate nightmare);  and, yes, I wasn’t joking, building for space exploration.

Set against the grandiloquence of the government’s plans, Global Grad Show is humble indeed.  There’s a guide dog harness called Guidog by Paulina Morawa from Krakow, which, because it’s made of rigid plastic, communicates the dog’s subtlest movements to its handler, allowing users to traverse even the roughest ground. There’s a box of watery jellies by Londoner Lewis Hornby, who noticed that his grandmother, who lives with Alzheimer’s, finds drinking difficult. Eating a box of Jelly Drops (above) is equivalent to drinking a litre of water. There’s even a washtub by Masoud Sistani and Mohammad Ghasemi, an Iranian design team, which clips into the hubcap of a long-distance lorry, so that drivers pulling a 24-hour haul over the Hindu Kush can change into clean underpants once in a while.

If this last design makes you pause: well, so it should. Naji, another design from Iran (this time from a team at the Art University of Isfahan) hits the same nerve: a flotation device that deploys from street lamps whenever a road gets seriously flooded – presumably because some bright spark thought to build across a flood plain. Either these designs are absurdly naive or they are very astute, forcing us to confront some of the unspoken infrastructures underlying our ways of life.

There is, for sure, a mischievous side to this show.  There’s Camilla Franchini’s plan for handing Naples, the third most populous city in Italy, entirely over to fulfilment-centre robots. Seray Ozdemir, meanwhile, has grown so fed up of London’s overcrowding that he’s designed a suite of furniture to turn narrow corridors into living spaces. Yiannis Vogdanis’s wearable devices simulate environmental problems; there’s a mask here that has users gasping for air whenever they pass bodies of oxygen-starved water.

Other exhibits argue, with some force, that the time for provocation is over, and what we need now are simple, cheap, reproducible devices to strengthen our ever-more precarious hold on a hot, spent, resource-stripped planet. There is a fog-harvesting machine, a wind-powered sea-water desalination device, a dry toilet styled for the European market and a portable urinal designed for women and girls in refugee camps. And since we can look forward to many more mass-migrations in the coming years of famine, drought and resource war, there’s a rescue vessel concept to improve rescue missions at sea.

“I’ve started seeing, year on year, a growing assumption that climate change won’t be solved,” the show’s director Brendan McGetrick says.”It’s depressing, but it’s also reassuring, in that these young designers recognise what I think most of us recognise: that the people in charge aren’t going to do anything at a big enough scale to be meaningful.”

Within their limited capacity, the designers at this year’s Global Grad Show are at least trying to get ahead of things.