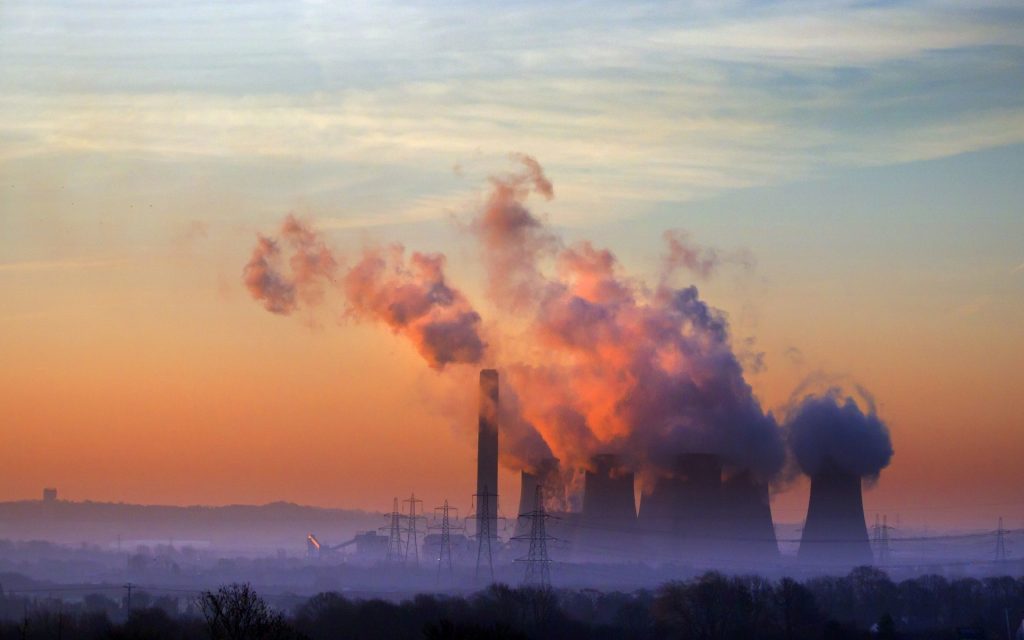 Reading The Uninhabitable Earth: A Story of the Future by David Wallace-Wells for the Telegraph, 16 February 2019

As global temperatures rise, and the mean sea-level with them, I have been tracing the likely flood levels of the Thames Valley, to see which of my literary rivals will disappear beneath the waves first. I live on a hill, and what I’d like to say is: you’ll be stuck with me a while longer than most. But on the day I had set aside to consume David Wallace-Wells’s terrifying account of climate change and the future of our species (there isn’t one), the water supply to my block was unaccountably cut off.

Failing to make a cup of tea reminded me, with some force, of what ought to be obvious: that my hill is a post-apocalyptic death-trap. I might escape the floods, but without clean water, food or power, I’ll be lucky to last a week.

The first half of The Uninhabitable Earth is organised in chapters that deal separately with famines, floods, fires, droughts, brackish oceans, toxic winds and war and all the other manifest effects of anthropogenic climate change (there are many more than four horsemen in this Apocalypse). At the same time, the author reveals, paragraph by paragraph, how these ever-more-frequent disasters join up in horrific cascades, all of which erode human trust to the point where civic life collapses.

The human consequences of climate disaster are going to be ugly. When a million refugees from the Syrian civil war started arriving in Europe in 2017, far-right parties entered mainstream political discourse for the first time in decades. By 2050, the United Nations predicts that Europe will host 200 million refugees. So buckle up. The disgust response with which we greet strangers on our own land is something we conscientiously suppress these days. But it’s still there: an evolved response that in less sanitary times got us through more than one plague.

That such truths go largely unspoken says something about the cognitive dissonance in which our culture is steeped. We just don’t have the mental tools to hold climate change in our heads. Amitav Ghosh made this clear enough in The Great Derangement (2016), which explains why the traditional novel is so hopeless at handling a world that has run out of normal, forgotten how to repeat itself, and will never be any sort of normal again.

Writers, seeking to capture the contemporary moment, resort to science fiction. But the secret, sick appeal of post-apocalyptic narratives, from Richard Jefferies’s After London on, is that in order to be stories at all their heroes must survive. You can only push nihilism so far. J G Ballard couldn’t escape that bind. Neither could Cormac McCarthy. Despite our most conscientious attempts at utter bloody bleakness, the human spirit persists.

Wallace-Wells admits as much. When he thinks of his own children’s future, denizens of a world plunging ever deeper into its sixth major extinction event, he admits that despair melts and his heart fills with excitement. Humans will cling to life on this ever less habitable earth for as long as they can. Quite right, too.

Wallace-Wells is deputy editor of New York magazine. In July 2017 he wrote a cover story outlining worst-case scenarios for climate change. His pessimism proved salutary: The Uninhabitable Earth has been much anticipated.

In the first half of the book the author channels former US vice-president Al Gore, delivering a blizzard of terrifying facts, and knocking socks off his predecessor’s An Inconvenient Truth (2006) not thanks to his native gifts (considerable as they are) but because the climate has deteriorated since then to the point where its declines can now be observed directly, and measured over the course of a human lifetime.

More than half the extra carbon dioxide released into the atmosphere by burning fossil fuels has been added in the past 30 years. This means that “we have done as much damage to the fate of the planet and its ability to sustain human life and civilization since Al Gore published his first book on climate than in all the centuries – all the millennia – that came before.” (4) Oceans are carrying at least 15 per cent more heat energy than they did in 2000. 22 per cent of the earth’s landmass was altered by humans just between 1992 and 2015. In Sweden, in 2018, forests in the Arctic Circle went up in flames. On and on like this. Don’t shoot the messenger, but “we have now engineered as much ruin knowingly as we ever managed in ignorance.”

The trouble is not that the future is bleak. It’s that there is no future. We’re running out of soil. In the United States, it’s eroding ten times faster than it is being replaced. In China and India, soil is disappearing thirty to forty times as fast. Wars over fresh water have already begun. The CO2 in the atmosphere has reduced the nutrient value of plants by about thirty per cent since the 1950s. Within the lifetimes of our children, the hajj will no longer be a feature of Islamic practice: the heat in Mecca will be such that walking seven times counterclockwise around the Kaaba will kill you.

This book may come to be regarded as last truly great climate assessment ever made. (Is there even time left to pen another?) Some of the phrasing will give persnickety climate watchers conniptions. (Words like “eventually” will be a red rag for them, because they catalyse the reader’s imagination without actually meaning anything.) But the research is extensive and solid, the vision compelling and eminently defensible.

Alas, The Uninhabitable Earth is also likely to be one of the least-often finished books of the year. I’m not criticising the prose, which is always clear and engaging and often dazzling. But It’s simply that the more we are bombarded with facts, the less we take in. Treating the reader like an empty bucket into which facts may be poured does not work very well, and even less well when people are afraid of what you are telling them. “If you have made it this far, you are a brave reader,” Wallace Wells writes on page 138. Many will give up long before then. Climate scientists have learned the hard way how difficult it is to turn fact into public engagement.

The second half of The Uninhabitable Earth asks why our being made aware of climate disaster doesn’t lead to enough reasonable action being taken against it. There’s a nuanced mathematical account to be written of how populations reach carrying capacity, run out of resources, and collapse; and an even more difficult book that will explain why we ever thought human intelligence would be powerful enough to elude this stark physical reality.

The final chapters of The Uninhabitable Earth provide neither, but neither are they narrowly partisan. Wallace-Wells mostly resists the temptation to blame the mathematical inevitability of our species’ growth and decline on human greed. The worst he finds to say about the markets and market capitalism – our usual stock villains – is not that they are evil, or psychopathic (or certainly no more evil or psychopathic than the other political experiments we’ve run in the past 150 years) but that they are not nearly as clever as we had hoped they might be. There is a twisted magnificence in the way we are exploiting, rather than adapting to the End Times. (Whole Foods in the US, we are told, is now selling “GMO-free” fizzy water.)

The Paris accords of 2016 established keeping warming to just two degrees as a global goal. Only a few years ago we were hoping for a rise of just 1.5 degrees. What’s the difference? According to the IPCC, that half-degree concession spells death for about 150 million people. Without significantly improved pledges, however, the IPCC reckons that instituting the Paris accords overnight (and no-one has) will still see us topping 3.2 degrees of warming. At this point the Antarctic’s ice sheets will collapse, drowning Miami, Dhaka, Shanghai, Hong Kong and a hundred other cities around the world. (Not my hill, though.)

And to be clear: this isn’t what could happen. This is what is already guaranteed to happen. Greenhouse gases work on too long a timescale to avoid it. “You might hope to simply reverse climate change;” writes Wallace-Wells: “you can’t. It will outrun all of us.”

“How widespread alarm will shape our ethical impulses toward one another, and the politics that emerge from those impulses,” says Wallace-Wells,”is among the more profound questions being posed by the climate to the planet of people it envelopes.”

My bet is the question will never tip into public consciousness: that, on the contrary, we’ll find ways, through tribalism, craft and mischief, to engineer what Wallace-Wells dubs “new forms of indifference”, normalising climate suffering, and exploiting novel opportunities, even as we live and more often die through times that will never be normal again.