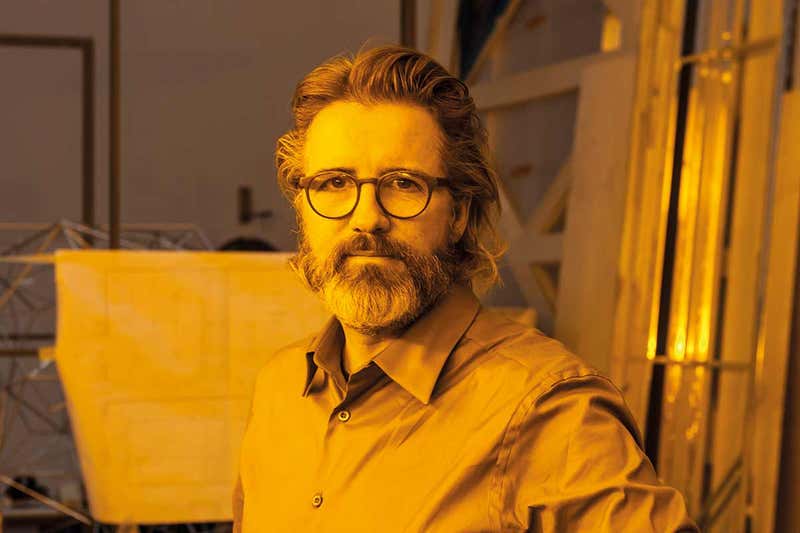 SIXTEEN years ago, Danish-Icelandic artist Olafur Eliasson caught London off guard with a massive indoor artwork. Some 2 million people visited The Weather Project at the Tate Modern gallery to bask in the glow of a giant, artificial sun. It was a rare moment of collective awe – created using the simplest of materials. This week, Eliasson is back with a major retrospective exhibition and most of the pieces are new to the UK. But a lot has changed since 2003. Days before his new show opens, we asked the artist about selfie culture, what accessible art looks like in the teched-up Anthropocene, and the hefty carbon footprint that pictures and installations leave behind.

Do big art and big science have to justify themselves to people who don’t get the point?

Sadly, yes, and it’s an argument we’re losing because great science and great art are very much long-term projects, views given to politicians with short-term goals. Making a work might take 10 years. Getting it shown might take another 10. For people to finally settle down with the experience might take 10 years, too. It’s a very slow piece of communication.

You command big budgets. Is the relationship with money tricky for artists?

To make big projects is expensive. But think about how much money an alcohol company throws into the promotion of some new drink! I believe there are studies showing that if you throw a euro or a pound into the culture sector, it generates two to three times as much income. There are more people working in the culture sector than there are in the car industry. It’s also a part of our democratic stability. It’s a space where we feel we can have difficult conversations. Is that expensive? No. It’s actually very cheap.

What can we expect from the show at Tate Modern?

We have about 42 works, big and small. Some are entertaining, like Your Uncertain Shadow and Your Blind Passenger, where a tunnel full of smoke gives you the experience of being blind. Of course, instantly your ears get more active, you touch the wall and stretch out your hand so as not to bump into somebody. Other works are more contemplative. 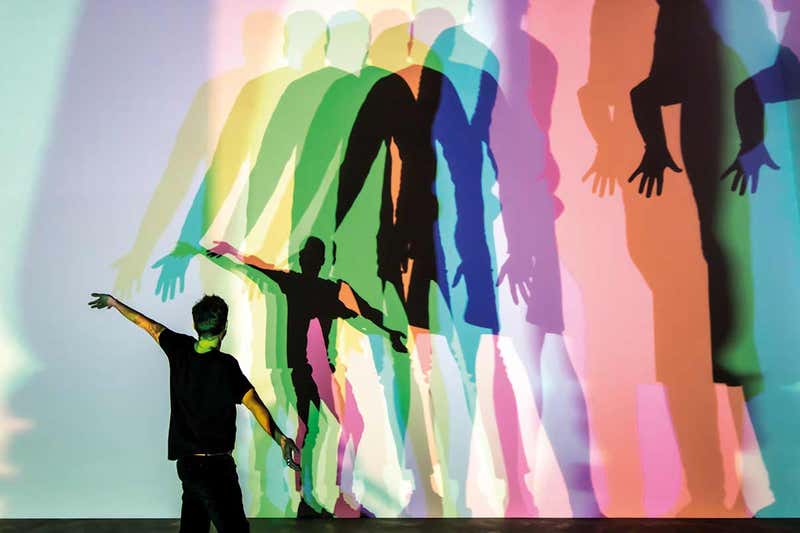 Wasn’t there a plan to stage something outside the gallery?

Yes. We’re installing three waterfalls. We know today there are no real waterfalls left because they’re all human-influenced, if not human-made. So our waterfalls are as real as anything in nature – or as unreal.

Do you consider yourself an environmental artist?

In the show, there is a series of 40 photos of glacial tongues from Iceland, taken in 1998. I believed then that culture and nature were two distinct spaces. I didn’t fully understand that the Anthropocene age had started. When people look at the photos now, they say “this is about climate”. When I took them, it was about their beauty. Soon, I’ll be retaking those photos from the same angles, in the same places. Maybe in October, if I’ve finished, we will sneak in the new pictures so we have the two series hanging next to each other, 20 years apart.

In December, you brought 30 polar ice blocks from Greenland to London and let them melt. Why?

Some 235,000 people were estimated to have been not just walking by, but at the ice – sometimes physically hugging it – and this, I think, made Ice Watch a clear and robust statement. This is what the data from the scientists looks like. This is what a block of ice 15,000 years old looks like. And it’s going to be gone in a week.

How big is the carbon footprint of your work?

We worked with a consultancy called Julie’s Bicycle, which helps people in the culture sector calculate their climate footprint. The London project came to the equivalent of 52 return flights from London to Ilulissat in Greenland. For almost two years, we’ve been trying to come up with a step-by-step solution for my Berlin studio. And whenever I work with museums and logistics teams, I ask them to come up with a response to the climate.

Our readers care about green footprints, but does everyone?

I was with teenage children in Ethiopia in January. They knew all about global warming, they understood about greenhouse gases and how it wasn’t really them, their parents or their ecology that created this problem. There is no place left where people don’t know this. There are deniers in places like the White House who deny things because they’re following other economic or power priorities.

What can artists bring to the climate debate?

Recently, a far right Danish politician lost a huge number of voters and one of the most prominent members of that party said, well, it’s all these climate fools. And immediately, across the political spectrum, people picked up on it, saying “I’m a clown, a fool, a klimatosser“. If we’re going to re-engineer the systems of tomorrow, we need to risk being foolish. Previous models of success can’t be applied. The planet simply can’t host them any longer. We need to take risks.

How has social media affected your work?

It’s kind of the stone age, the way people walk through exhibitions. People walk up to a piece of art that’s very tangible, highly emotional, with sounds and smells and all sorts of things – and they just bloody look at their phone! The problem isn’t necessarily the audience, but the way institutions over-explain everything, as though without a long text people just won’t get it. And once we are used to that, that’s how we react: “My God, there was no text! I had to find out everything myself!” I say, yes, art and culture are hard work, not consumerism. You have to give something to get something.

Does activism consume much of your working life?

I’m lucky that art can be seen to be flirting with activism, and maybe there is a fertilising relationship there. But that’s one of the good things about getting older: you know there are things that you aren’t good at. I’m very content just being an artist.

But you run a business to drive social change.

I have a social entrepreneurship project called Little Sun, which makes a small, handheld, portable solar lantern. On one side, it has a photovoltaic panel, on the other an LED. It replaces the kerosene or petroleum lantern that you would have used previously. Obviously, sitting with an open-wick petroleum lantern is both very unhealthy and very bad for the climate. It’s also expensive.

Is the Little Sun a success?

We’ve done studies on the impact of the lamp. Say a family eats dinner, then the girl does the dishes while the boy does his homework. Once the girl is done, she sits down only to find there’s not enough petroleum left for her homework. One study showed that the Little Sun increased the boy’s homework efficiency by 20 per cent, but increased the girl’s efficiency by 80 per cent. So the Little Sun project is incredibly inspiring.