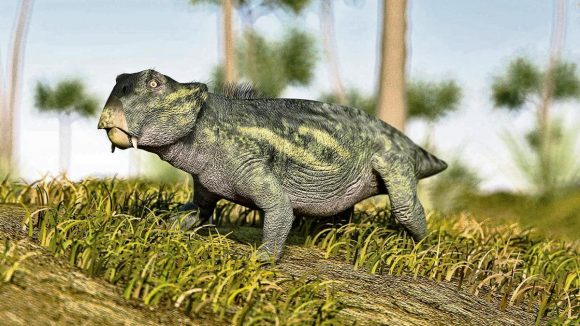 Reading Henry Gee’s A (Very) Short History of Life on Earth for the Times, 23 October 2021

The story of life on Earth is around 4.6 billion years long. We’re here to witness the most interesting bit (of course we are; our presence makes it interesting) and once we’re gone (wiped out in an eyeblink, or maybe, just maybe, speciated out of all recognition) the story will run on, and run down, for about another billion years, before the Sun incinerates the Earth.

It’s an epic story, and like most epic stories, it cries out for a good editor. In Henry Gee, a British palaeontologist and senior editor of the scientific journal Nature, it has found one. But Gee has his work cut out. The story doesn’t really get going until the end. The first two thirds are about slime. And once there are living things worth looking at, they keep keeling over. All the interesting species burn up and vanish like candles lit at both ends. Humans (the only animal we know of that’s even aware that this story exists) will last no time at all. And the five extinction events this planet has so far undergone might make you seriously wonder why life bothered in the first place.

We are told, for example, how two magma plumes in the late Permian killed this story just as it got going, wiping out nineteen of every species in the sea, and one out of every ten on land. It would take humans another 500 years of doing exactly what they’ve been doing since the Industrial Revolution to cause anything like that kind of damage.

A word about this: we have form in wiping things out and then regretting their loss (mammoths, dodos, passenger pigeons). And we really must stop mucking about with the chemistry of the air. But we’re not planet-killers. “It is not the Sixth Extinction,” Henry Gee reassures us. “At least, not yet.”

It’s perhaps a little bit belittling to cast Gee’s achievement here as mere “editing”. Gee’s a marvellously engaging writer, juggling humour, precision, polemic and poetry to enrich his impossibly telescoped account. His description of the lycopod forests that are the source of nearly all our coal — and whose trees grew only to reproduce, exploding into a crown of spore-bearing branches — brings to mind a battlefield of the First World War, a “craterscape of hollow stumps, filled with a refuse of water and death… rising from a mire of decay.” A little later a Lystrosaurus (a distant ancestor of mammals, and the most successful land animal ever) is sketched as having “the body of a pig, the uncompromising attitude toward food of a golden retriever, and the head of an electric can opener”.

Gee’s book is full of such dazzling walk-on parts, but most impressive are the elegant numbers he traces across evolutionary time. Here’s one: dinosaurs, unlike mammals, evolved a highly efficient one-way system for breathing that involved passing spent air through sacs distributed inside their bodies. They were air-cooled, which meant they could get very big without cooking themselves. They were lighter than they looked, literally full of hot air, and these advantages — lightweight structure, fast-running metabolism, air cooling — made their evolution into birds possible.

Here’s another tale: the make-up of our teeth — enamel over dentine over bone — is the same as you’d find in the armoured skin of the earliest fishes.

To braid such interconnected wonders into a book the size of a modest novel is essentially an exercise in precis, and a bravura demonstration of the editor’s art. Though the book (whose virtue is its brevity) is not illustrated, there six timelines to guide us through the scalar shifts necessary to comprehend the staggering longueurs involved in bringing a planet to life. Life was entirely stationary and mostly slimy until only about 600 million years ago. Just ten million years ago, grasses evolved, and with them, grazing animals and their predators, some of whom, the primates, were on their way to making us. The earliest Sapiens appeared just over half a million years ago. Only when sea levels fell, around 120,000 years ago, did Sapiens get to migrate around the planet.

As one reads Gee’s “(very) short history”, one feels time slowing down and growing more granular. This deceleration gives Gee the space he needs to depict the burgeoning complexity of life as it spreads and evolves. It’s a scalar game that’s reminiscent of Charles and Ray Eames’s 1967 films *Powers of Ten*, which depicted the relative scale of the Universe by zooming in (through the atom) and out (through the cosmos) at logarithmic speed. It’s a dizzying and exhilarating technique which, for all that, makes clear sense out of very complex narratives.

Eventually — and long after we are gone — life will retreat beneath the earth as the swelling sun makes conditions on the planet’s surface impossible. The distinctions between things will fall away as life, struggling to live, becomes colossal, colonial and homogenous. Imagine vast subterranean figs, populated by evolved, worm-like insects…

Then, your mind reeling, try and work out what on earth people mean when they say that humans have conquered and/or despoiled the planet.

Our planet deserves our care, for sure, because we have to live here. But the planet has yet to register our existence, and probably never will. We are, Gee explains, just two and a half million years into a series of ice ages that will last for tens of millions of years more. Our species’ story extends not much beyond one of these hundreds of cycles. The human-induced injection of carbon dioxide “will set back the date of the next glacial advance” — and that is all. 250 million years hence, any future prospectors (and they won’t be human), armed with equipment “of the most refined sensitivity”, might — just might — be able to detect that, a short way through the Cenozoic Ice Age, *something happened*, “but they might be unable to say precisely what.”

It takes a long time to bring complex life to a planet, and complex life, once it runs out of wriggle room, collapses in an instant. Humans already labour under a considerable “extinction debt” since they have made their habitat (“nothing less than the entire Earth”) progressively less habitable. Most everything that ever went extinct fell into the same trap. What makes our case tragic is that we’re conscious of what we’ve done; we’re trying to do something about it; and we know that, in the long run, it will never be enough.

Gee’s final masterstroke as editor is to make human sense, and real tragedy, from his unwieldy story’s glaring spoiler: that Life dies at the end.