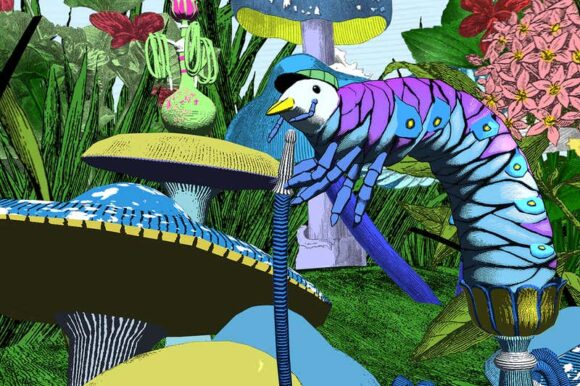 Considering the fate of museums and galleries under covid laockdown for New Scientist, 3 February 2021

In November 2020, the International Council of Museums estimated that 6.1 per cent of museums globally were resigned to permanent closure due to the pandemic. The figure was welcomed with enthusiasm: in May, it had reported nearly 13 per cent faced demise.

Something is changing for the better. This isn’t a story about how galleries and museums have used technology to save themselves during lockdowns (many didn’t try; many couldn’t afford to try; many tried and failed). But it is a story of how they weathered lockdowns and ongoing restrictions by using tech to future-proof themselves.

One key tool turned out to be virtual tours. Before 2020, they were under-resourced novelties; quickly, they became one of the few ways for galleries and museums to engage with the public. The best is arguably one through the Tomb of Pharaoh Ramses VI, by the Egyptian Tourism Authority and Cairo-based studio VRTEEK.

And while interfaces remain clunky, they improved throughout the year, as exhibition-goers can see in the 360-degree virtual tour created by the Museum of Fine Arts Ghent in Belgium to draw people through its otherwise-mothballed Van Eyck exhibition.

The past year has also forced the hands of curators, pushing them into uncharted territory where the distinctions between the real and the virtual become progressively more ambiguous.

With uncanny timing, the V&A in London had chosen Lewis Carroll’s Alice books for its 2020 summer show. Forced into the virtual realm by covid-19 restrictions, the V&A, working with HTC Vive Arts, created a VR game based in Wonderland, where people can follow their own White Rabbit, solve the caterpillar’s mind-bending riddles, visit the Queen of Hearts’ croquet garden and more. Curious Alice is available through Viveport; the real-world show is slated to open on 27 March.

Will museums grow their online experiences into commercial offerings? Almost all such tours are free at the moment, or are used to build community. If this format is really going to make an impact, it will probably have to develop a consolidated subscription service – a sort of arts Netflix or Spotify.

What the price point should be is anyone’s guess. It doesn’t help for institutions to muddy the waters by calling their video tours virtual tours.

But the advantages are obvious. The crowded conditions in galleries and museums have been miserable for years – witness the Mona Lisa, imprisoned behind bulletproof glass under low-level diffuse lighting and protected by barricades. Art isn’t “available” in any real sense when you can only spend 10 seconds with a piece. I can’t be alone in having staggered out of some exhibitions with no clear idea of what I had seen or why. Imagine if that was your first experience of fine art.

Why do we go to museums and galleries expecting to see originals? The Victorians didn’t. They knew the value of copies and reproductions. In the US in particular, museums lacked “real” antiquities, and plaster casts were highly valued. The casts aren’t indistinguishable from the original, but what if we produced copies that were exact in information as well as appearance? As British art critic Jonathan Jones says: “This is not a new age of fakery. It’s a new era of knowledge.”

With lidar, photogrammetry and new printing techniques, great statues, frescoes and chapels can be recreated anywhere. This promises to spread the crowds and give local museums and galleries a new lease of life. At last, they can become places where we think about art – not merely gawp at it.

written for the Arcfinity blog:

Google’s swooshy new concept video for augmented reality goggles (or “spex”, if you will) has certainly put the virtual cat among the digital pigeons. An attempt, perhaps, to leapfrog the iPad – if Google can persuade us that what we really want is headwear that will let us see things that aren’t really there. [youtube http://www.youtube.com/watch?v=9c6W4CCU9M4?rel=0]

I recently spent an entire evening doing just that. Aurasma, a start-up spun out of Autonomy (another search giant, incidentally), aims to bring AR to the masses;
that evening, its glamorous representatives pasted digital magic over a south London gallery’s functional white-and-grey surfaces.

Rice packets came to life in our hands to show us how to cook rice. Books spilled their letters into our laps; they took wing and flocked about our heads like so many starlings. Avatars swung their swords blindly about the gallery.

AR is one of a handful of technologies that are likely to transform our lives in the very near future. And I don’t use the ‘T’ word lightly. People talk about the great things AR can show you. Every wall becomes a picture! Every picture becomes a movie! Every object becomes something other, something better than itself – or seems to. Oddly nobody talks about AR’s ability to hide things. And since I’d been invited along in the role of Ancient Mariner (stopping one of three with tales of future horror – I am a writer after all; this is my job) it was this ability to subtract from the visual richness of the real which interested me the most. Never mind the avatars and the rice-packets: these are distractions, no different in kind to movies, posters, fiercely rung handbells, and all the other manifold calls to our attention. Let’s get back to basics here. What does it mean to look at the world through a screen? The granularity of the world is always going to be finer than the granularity of the medium through which we perceive it. No matter how photorealistic AR gets, it will always be taking information out of the picture plane. So AR has the potential to render the world down to a kind of tedious photographic grammar – the kind employed by commercial image libraries, whose job it is to reduce the world to a series of unambiguous stills illustrating stock ideas like ‘busy at work’ or ‘looking after the children’. This is nothing new. Photography has the ability to do this, obviously. But photography cannot be stuck over (or in) your eyeballs twenty-four hours a day. AR has this potential, substituting the real with a simplified description for anyone wearing the funny glasses. Lacanian psychoanalysts have a word for this process of simplification: they call it repression. And if AR becomes truly ubiquitous, then we will no longer be able to trust our eyes, and will probably have to develop a neurotic relationship with this technology. Is AR a good thing, then, or a bad thing? This is the kind of question we’re trying to avoid in Arc. Not because it is a hard question, but because it is a bad question. It assumes we have no agency, no wit, no common sense. It assumes we’re at the mercy of our own technology. The problems thrown up by AR will not be new. They will be old. They will be fairytale-like problems. (Is that woman by the bar a fairy, a queen, or a crone? Is the wizard touting for trade in the shopping centre a wizard at all, or a mere trickster? Is our Prime Minister really wearing any clothes?) It may be that, in order to navigate this fairytale visual space, AR will give birth to an entirely new set of visual behaviours. It wouldn’t be the first time. Look at reading. There is nothing ‘natural’ – certainly nothing evolved – about it. But we welcome its effects, and we build upon them, and we celebrate them. In some ways reading makes us less -it’s been shooting human memory in the foot repeatedly since Plato’s day. In other ways it makes us more: it
allows us to share the knowledge and experiences of people we will never meet, of people who have ceased to exist, of people who never existed. AR will do the same.

Thanks to the rise of smartphone technologies, the virtual territories of cyberspace are increasingly free to roam around in the real world.

LondonCalling.com is hosting a panel discussion on the current and future trends of augmented reality on Tuesday 27 March, 6.30pm – 9pm, at The Vibe Gallery, Bermondsey. (That’s five minutes from Bermondsey tube station on the Jubilee Line.)

Tamara Roukaerts, head of marketing at the AR company Aurasma and Frank Da Silva, creative director for Earth 2 Hub (a sort of thinktanky thing, with video) are going to be singing the technology’s praises, I assume, while I crouch in the corner painting my face with ashes and portending doom. Because I am a writer, and that is my job. (Think Emile Zola; think railways.)

Come and heckle if you’re in London. It’s free, and it’s about the closest you’ll ever get to being in an episode of Nathan Barley. 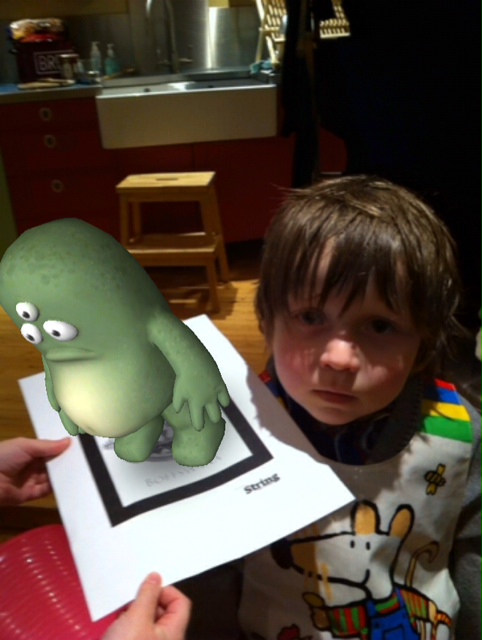