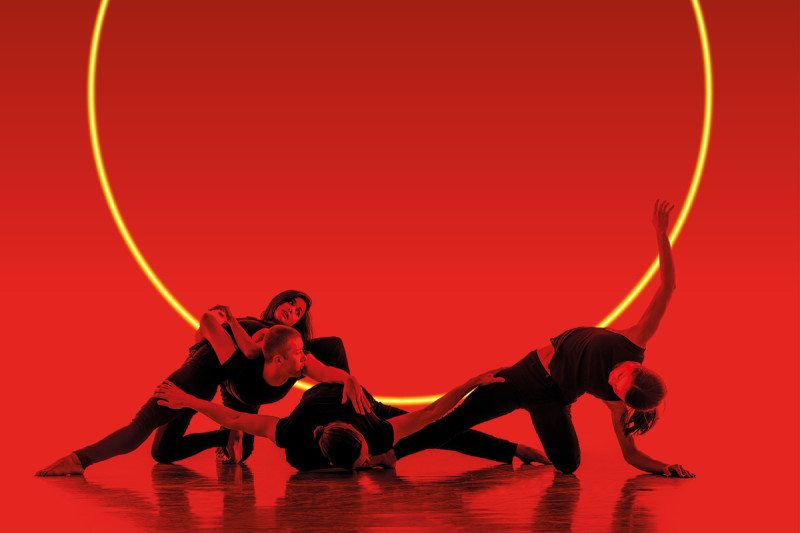 IN A basement studio in south London, seven dancers are interpreting some recent solar research from the Rutherford Appleton Laboratory in Oxfordshire. They are tackling the electromagnetic properties of the sun’s surface, and have got themselves, literally, into a knot. “Something about your grip here is stopping her moving,” frets choreographer Alexander Whitley. “Can we get his hips to go the other way?”

Bit by bit, a roiling form emerges. Imagine a chain, folded in on itself, stretching and reforming. Its movements are coherent and precise, but wildly asymmetrical. This is no tidy, courtly dance. At one point the chain abruptly unwinds. The relief is palpable as the dancers exploit their few seconds of freedom. Very quickly, the chain kinks and folds in on itself again: a folding problem intensely claustrophobic to watch, never mind perform.

Whitley formed his dance company in 2014, and 8 Minutes will be its debut on London’s Sadler’s Wells main stage at the end of June. It is named after the time it takes for light from the sun to reach Earth. “If you imagine travelling this distance at the speed of light, and you subtract all the relativistic effects, it’s quite bizarre,” muses Hugh Mortimer, Whitley’s collaborator and a researcher at Rutherford.

Mortimer designed climate change-detecting spectrometers for the Sentinel-3 satellite, and a sea-surface temperature monitor currently operating from the Queen Mary 2 liner. He hopes to build space-based instruments that analyse the atmospheres of exoplanets. But quite another fascination drew him into collaboration with Whitley’s dance company: the way the most abstruse science can be explained through ordinary experience.

He continues his thought experiment: “For 6 minutes, you’d be sitting in darkness. By the 7th minute you would notice a point of light looming larger: that’s the Earth. You’d arrive at the moon, pass by Earth, and a few seconds later you’d pass the orbit of the moon again. And the point is, passing the moon and the Earth and the moon again a few seconds later would feel intuitively right. It would feel ordinary.”

However difficult an idea, someone, somewhere must be able to grasp it, or it’s not an “idea” in any real sense. How, then, are we to grasp concepts as alien to our day-to-day experience as electromagnetism and the speed of light? It’s a question that has cropped up before in these pages, although seldom through the medium of dance. In 1988, for example, computer scientist Tony Hey wrote about his lunch with US physicist Richard Feynman, who explained particle spin “using the belt from his trousers” (New Scientist, 30 June 1988, p 75).

As for Whitley, he says: “We grasp quite advanced concepts first and foremost through movement. That forms a semantic template for the complex thinking we develop when we acquire language. Right, left, up, down, front, back – also the idea of containment, the concept of an inside and an outside – these ideas come through our bodies.”

This is especially true in children, he argues, because they don’t yet have fully developed rational capabilities. “I think there’s strong potential for using movement to give them a different understanding of and engagement with scientific ideas,” Whitley says.

Mortimer discovered the truth of this idea for himself quite recently: “Alexander runs a creative learning project for 9 and 10-year-olds based on our collaboration. Sitting in on some sessions, I found myself thinking about solar-dynamic processes in a new and clearer way.”

Will the audience at the work’s premiere leave understanding more about the sun? From what I saw, I’m optimistic. They won’t have words, or figures, for what they’ll have seen, but they will have been afforded a glimpse into the sheer dynamism and complexity of our nearest star.