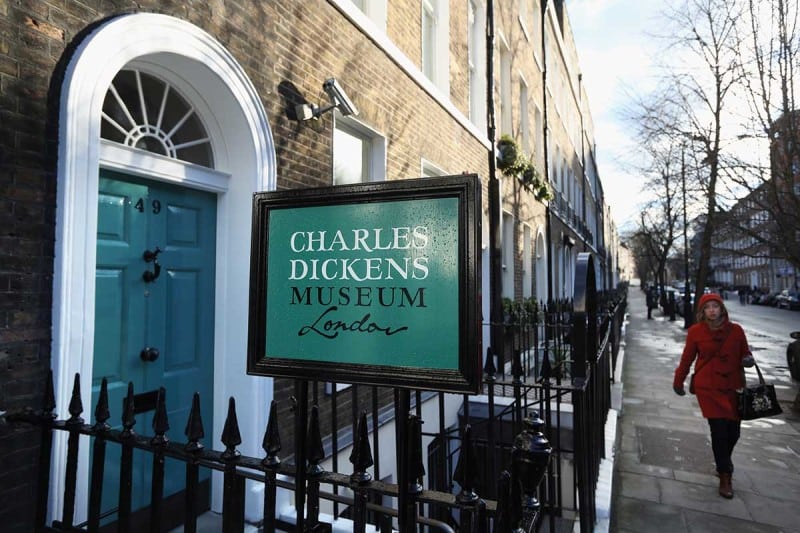 EVEN as he became the most celebrated and prolific author, the most energetic editor and the most influential political and social campaigner of his day, Charles Dickens was well aware of the science around him. Indeed, he took inspiration from it, and was even engaged in promoting and explaining it.

The trouble is, in an effort to build a show around this notion, the Charles Dickens Museum has fixated almost entirely on its hero’s friendships. Because Dickens knew everybody, the show struggles to find its focus. Even with a following wind, it is hard to feel much excitement on learning that Ada Lovelace had Dickens read her a passage from Dombey and Son on her deathbed.

But several other personal connections – reflected in an impressive display of books, autographs and prints – carry more weight. Dickens was also pals with Jane Marcet, author of the monstrously successful (and in the US, even more monstrously plagiarised) Conversations on Chemistry. A book mostly about Humphry Davy’s work, Conversations may be considered the first popular science book – never mind the first written by a woman. It inspired Michael Faraday to take up work that eventually led to his Christmas lectures, entitled The Chemical History of a Candle, which Dickens promptly serialised as short stories in his magazine Household Words.

Other investigations of energy were less orthodox, like Dickens’s discussion of the medical cures that might be obtained from “mesmeric fluids”. And it drove Dickens’s friend George Henry Lewes spare that the man responsible for serious scientific essays in Household Words was the same man who let characters in his novels burst spontaneously into flame, as with the illiterate rag-and-bone man Krook (who holds the key to the legal battle at the heart of Bleak House).

Writing about that notorious spontaneous human combustion scene, Lewes accused Dickens of cheap sensationalism and “of giving currency to a vulgar error”, perpetuating it “in spite of the labours of a thousand philosophers”. But he was on a losing wicket: contemporaries Mark Twain, Herman Melville and Washington Irving all had characters incandesce.

It is not accuracy we expect of Dickens, though, it is vision. It may be interesting that Our Mutual Friend uses the word “energy” in its new scientific sense. But what really thrills the heart is to follow Krook’s visitors up the stairs as they are about to find his body.

“‘See here, on my arm! See again, on the table here! Confound the stuff, it won’t blow off – smears like black fat!’… A thick, yellow liquor defiles them… A stagnant, sickening oil with some natural repulsion in it that makes them both shudder…”

Come and be horrified.