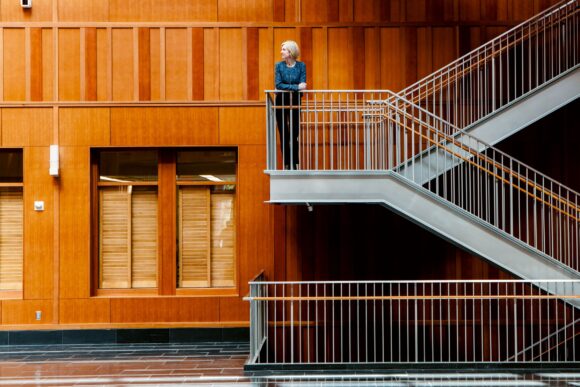 In a co-written account of her work published in 2017, biochemist Jennifer Doudna creates a system that can cut and paste genetic information as simply as a word processor can manipulate text. Having conceived a technology that promises to predict, correct and even enhance a person’s genetic destiny she says, not without cause, “I began to feel a bit like Doctor Frankenstein.”

When it comes to breakthroughs in biology, references to Mary Shelley are irresistible. One of Walter Isaacson’s minor triumphs, in a book not short of major triumphs, is that, over 500 pages, he mentions that over-quoted, under-read novel less than half a dozen times. In biotechnology circles, this is probably a record.

We explain science by telling stories of discovery. It’s a way of unpacking complicated ideas in narrative form. It’s not really history, or if it is, it’s whig history, defined by a young Herbert Butterfield in 1931 as “the tendency… to praise revolutions provided they have been successful, to emphasise certain principles of progress in the past and to produce a story which is the ratification if not the glorification of the present.”

To explain the science, you falsify the history.
So all discovers and inventors are heroes on the Promethean (or Frankensteinian) model, working in isolation, and taking on the whole weight of the world on their shoulders!

Alas, the reverse is also true. Telling the true history of discovery makes the science very difficult to unpack. And though Walter Isaacson, whose many achievements include a spell as CEO of the Aspen Institute, clearly knows his science, his account of the most significant biological breakthrough since understanding the structure of DNA is not the very best account of CRISPR out there. His folksy cajoling — inviting us to celebrate “wily bacteria” and the “plucky little molecule” RNA — suggests exasperation. Explaining CRISPR is *hard*.

The Code Breaker excels precisely where, having read Isaacson’s 2011 biography of Steve Jobs, you might expect it to excel. Isaacson understands that all institutions are political. Every institutional activity — be it blue-sky research into the genome, or the design of a consumer product — is a species of political action.

The politics of science is uniquely challenging, because its standards of honesty, precision and rigour stretch the capabilities of language itself. Again and again, Doudna’s relationships with rivals, colleagues, mentors and critics are seen to hang on fine threads of contested interpretation. We see that Doudna’s fiercest rivalry, with Feng Zhang of the Broad Institute of MIT and Harvard, was conducted in an entirely ethical manner — and yet we see both of them stumbling away, bloodied.

Isaacson’s style of biography — already evident in his appreciations of Einstein and Franklin and Leonardo — can be dubbed “qualified hagiography”. He’s trying to hit a balance between the kind of whig history that will make complex materials accessible, and the kind of account that will stand the inspection of academic historians. His heroes’ flaws are explored, but their heroism is upheld. It’s a structural device, and pick at it however you want, it makes for a rattlingly good story.

Jennifer Doudna was born in 1964 and grew up on Big Island, Hawaii. Inspired by an old paperback copy of The Double Helix by DNA pioneer James Watson, she devoted her life to understanding the chemistry of living things. Over her career she championed DNA’s smaller, more active cousin RNA, which brought to her notice a remarkable mechanism, developed by single-celled organisms in their 3.1-million-year war with viruses. Each of these cells used RNA to build their very own immune system.

Understanding that mechanism was Doudna’s triumph, shared with her colleague Emmanuelle Charpentier; both conspicuously deserved the Nobel prize awarded them last year.

Showing that this mechanism worked in cells like our own, though, would change everything, including our species’ relationship with its own evolution. This technology has the power to eradicate both disease (good) and ordinary human variety (really not so good at all).

COVID-19 has changed all that, ushering in an extraordinary cultural shift.. Led by Doudna and Zhang, last year most academic labs declared that their discoveries would be made available to anyone fighting the virus. New on-line forums have blossomed, breaking the stranglehold of expensive paywall-protected journals.

Doudna’s lab and others have developed home testing kits for COVID-19 that have a potential impact beyond this one fight, “bringing biology into the home,” as Isaacson writes, “the way that personal computers in the 1970s brought digital products and services… into people’s daily lives and consciousness.”

Meanwhile genetic vaccines powered by CRISPR — like the ones developed for COVID-19 by Moderna and BioNTech/Pfizer — portend a sudden shift of the evolutionary balance between human beings and viruses. Moderna’s chair Noubar Afeyan is punchy about the prospects: “We may never have a pandemic again,” he says.

The Code Breaker catches us at an extraordinary moment. Isaacson argues with sincerity and conviction that, blooded by this pandemic, we should now grasp the nettle, make a stab at the hard ethical questions, and apply Doudna’s Promethean knowledge, now, and everywhere, to help people. Given the growing likelihood of pandemics, we may not have a choice. 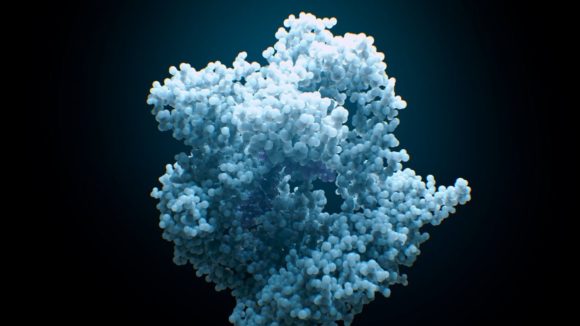