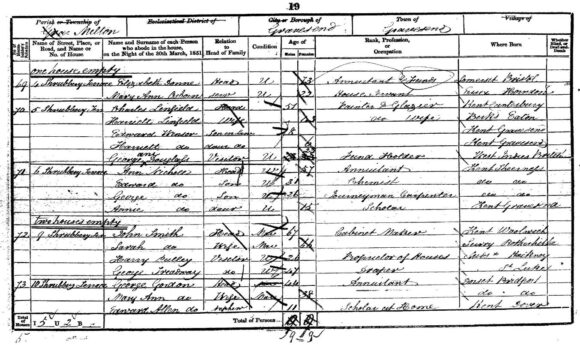 Reading Proof!: How the World Became Geometrical by Amir Alexander (Scientific American) for the Telegraph, 7 November 2019

The fall from grace of Nicolas Fouquet, Louis XIV’s superintendant of finances, was spectacular and swift. In 1661 he held a fete to welcome the king to his gardens at Vaux-le-Vicomte. The affair was meant to flatter, but its sumptuousness only served to convince the absolutist monarch that Fouquet was angling for power. “On 17 August, at six in the evening Fouquet was the King of France,” Voltaire observed; “at two in the morning he was nobody.”

Soon afterwards, Fouquet’s gardens were grubbed up in an act, not of vandalism, but of expropriation: “The king’s men carefully packed the objects into crates and hauled them away to a marshy town where Louis was intent on building his own dream palace,” the Israeli-born US historian Amir Alexander tells us. “It was called Versailles.”

Proof! explains how French formal gardens reflected, maintained and even disseminated the political ideologies of French monarchs. from “the Affable” Charles VIII in the 15th century to poor doomed Louis XVI, destined for the guillotine in 1793. Alexander claims these gardens were the concrete and eloquent expression of the idea that “geometry was everywhere and structured everything — from physical nature to human society, the state, and the world.”

If you think geometrical figures are abstract artefacts of the human mind, think again. Their regularities turn up in the natural world time and again, leading classical thinkers to hope that “underlying the boisterous chaos and variety that we see around us there may yet be a rational order, which humans can comprehend and even imitate.”

It is hard for us now to read celebrations of nature into the rigid designs of 16th century Fontainebleau or the Tuileries, but we have no problem reading them as expressions of political power. Geometers are a tyrant’s natural darlings. Euclid spent many a happy year in Ptolemaic Egypt. King Hiero II of Syracuse looked out for Archimedes. Geometers were ideologically useful figures, since the truths they uncovered were static and hierarchical. In the Republic, Plato extols the virtues of geometry and advocates for rigid class politics in practically the same breath.

It is not entirely clear, however, how effective these patterns actually were as political symbols. Even as Thomas Hobbes was modishly emulating the logical structure of Euclid’s (geometrical) Elements in the composition of his (political) Leviathan (demonstrating, from first principles, the need for monarchy), the Duc de Saint-Simon, a courtier and diarist, was having a thoroughly miserable time of it in the gardens of Louis XIV’s Versailles: “the violence everywhere done to nature repels and wearies us despite ourselves,” he wrote in his diary.

So not everyone was convinced that Versailles, and gardens of that ilk, revealed the inner secrets of nature.

Of the strictures of classical architecture and design, Alexander comments that today, “these prescriptions seem entirely arbitrary”. I’m not sure that’s right. Classical art and architecture is beautiful, not merely for its antiquity, but for the provoking way it toys with the mechanics of visual perception. The golden mean isn’t “arbitrary”.

It was fetishized, though: Alexander’s dead right about that. For centuries, Versailles was the ideal to which Europe’s grand urban projects aspired, and colonial new-builds could and did out-do Versailles, at least in scale. Of the work of Lutyens and Baker in their plans for the creation of New Delhi, Alexander writes: “The rigid triangles, hexagons, and octagons created a fixed, unalterable and permanent order that could not be tampered with.”

He’s setting colonialist Europe up for a fall: that much is obvious. Even as New Delhi and Saigon’s Boulevard Norodom and all the rest were being erected, back in Europe mathematicians Janos Bolyai, Carl Friedrich Gauss and Bernhard Riemann were uncovering new kinds of geometry to describe any curved surface, and higher dimensions of any order. Suddenly the rigid, hierarchical order of the Euclidean universe was just one system among many, and Versailles and its forerunners went from being diagrams of cosmic order to being grand days out with the kids.

Well, Alexander needs an ending, and this is as good a place as any to conclude his entertaining, enlightening, and admirably well-focused introduction to a field of study that, quite frankly, is more rabbit-hole than grass.

I was in Washington the other day, sweating my way up to the Lincoln Memorial. From the top I measured the distance, past the needle of the Washington Monument, to Capitol Hill. Major Pierre Charles L’Enfant built all this: it’s a quintessential product of the Versailles tradition. Alexander calls it “nothing less than the Constitutional power structure of the United States set in stone, pavement, trees, and shrubs.”

For nigh-on 250 years tourists have been slogging from one end of the National Mall to the other, re-enacting the passion of the poor Duc de Saint-Simon in Versailles, who complained that “you are introduced to the freshness of the shade only by a vast torrid zone, at the end of which there is nothing for you but to mount or descend.”

Not any more, though. Skipping down the steps, I boarded a bright red electric Uber scooter and sailed electrically east toward Capitol Hill. The whole dignity-dissolving charade was made possible (and cheap) by map-making algorithms performing geometrical calculations that Euclid himself would have recognised. Because the ancient geometer’s influence on our streets and buildings hasn’t really vanished. It’s been virtualised. Algorithmized. Turned into a utility.

Now geometry’s back where it started: just one more invisible natural good.