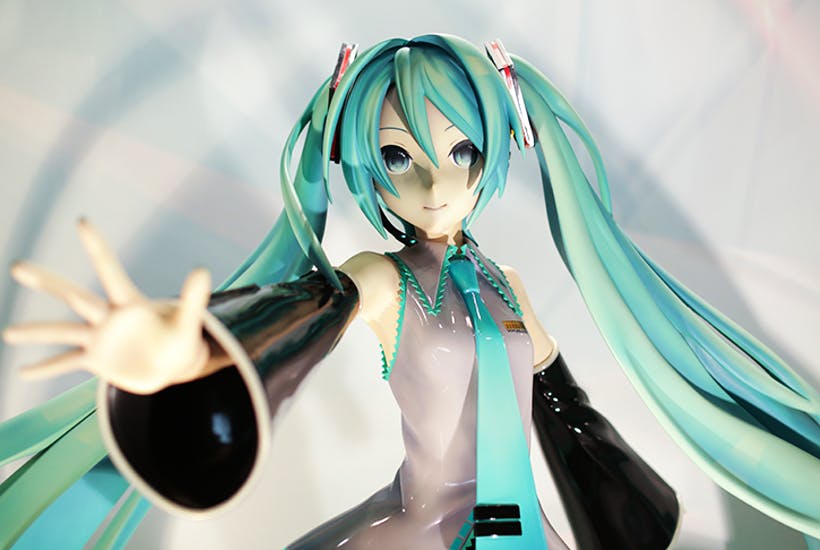 Marrying music and mathematics for The Spectator, 3 August 2019

In 1871, the polymath and computer pioneer Charles Babbage died at his home in Marylebone. The encyclopaedias have it that a urinary tract infection got him. In truth, his final hours were spent in an agony brought on by the performances of itinerant hurdy-gurdy players parked underneath his window.

I know how he felt. My flat, too, is drowning in something not quite like music. While my teenage daughter mixes beats using programs like GarageBand and Logic Pro, her younger brother is bopping through Helix Crush and My Singing Monsters — apps that treat composition itself as a kind of e-sport.

It was ever thus: or was once 18th-century Swiss watchmakers twigged that musical snuff-boxes might make them a few bob. And as each new mechanical innovation has emerged to ‘transform’ popular music, so the proponents of earlier technology have gnashed their teeth. This affords the rest of us a frisson of Schadenfreude.

‘We were musicians using computers,’ complained Pete Waterman, of the synthpop hit factory Stock Aitken Waterman in 2008, 20 years past his heyday. ‘Now it’s the whole story. It’s made people lazy. Technology has killed our industry.’ He was wrong, of course. Music and mechanics go together like beans on toast, the consequence of a closer-than-comfortable relation between music and mathematics. Today, a new, much more interesting kind of machine music is emerging to shape my children’s musical world, driven by non-linear algebra, statistics and generative adversarial networks — that slew of complex and specific mathematical tools we lump together under the modish (and inaccurate) label ‘artificial intelligence’.

Some now worry that artificially intelligent music-makers will take even more agency away from human players and listeners. I reckon they won’t, but I realise the burden of proof lies with me. Computers can already come up with pretty convincing melodies. Soon, argues venture capitalist Vinod Khosla, they will be analysing your brain, figuring out your harmonic likes and rhythmic dislikes, and composing songs made-to-measure. There are enough companies attempting to crack it; Popgun, Amper Music, Aiva, WaveAI, Amadeus Code, Humtap, HumOn, AI Music are all closing in on the composer-less composition.

The fear of tech taking over isn’t new. The Musicians’ Union tried to ban synths in the 1980s, anxious that string players would be put out of work. The big disruption came with the arrival of Kyoko Date. Released in 1996, she was the first seriously publicised attempt at a virtual pop idol. Humans still had to provide Date with her singing and speaking voice. But by 2004 Vocaloid software — developed by Kenmochi Hideki at the Pompeu Fabra University in Barcelona — enabled users to synthesise ‘singing’ by typing in lyrics and a melody. In 2016 Hatsune Miku, a Vocaloid-powered 16-year-old artificial girl with long, turquoise twintails, went, via hologram, on her first North American tour. It was a sell-out. Returning to her native Japan, she modelled Givenchy dresses for Vogue.

What kind of music were these idoru performing? Nothing good. While every other component of the music industry was galloping ahead into a brave new virtualised future — and into the arms of games-industry tech — the music itself seemed stuck in the early 1980s which, significantly, was when music synthesizer builder Dave Smith had first come up with MIDI.

MIDI is a way to represent musical notes in a form a computer can understand. MIDI is the reason discrete notes that fit in a grid dominate our contemporary musical experience. That maddenning clockwork-regular beat that all new music obeys is a MIDI artefact: the software becomes unwieldy and glitch-prone if you dare vary the tempo of your project. MIDI is a prime example (and, for that reason, made much of by internet pioneer-turned-apostate Jaron Lanier) of how a computer can take a good idea and throw it back at you as a set of unbreakable commandments.

For all their advances, the powerful software engines wielded by the entertainment industry were, as recently as 2016, hardly more than mechanical players of musical dice games of the sort popular throughout western Europe in the 18th century.

The original games used dice randomly to generate music from precomposed elements. They came with wonderful titles, too — witness C.P.E. Bach’s A method for making six bars of double counterpoint at the octave without knowing the rules (1758). One 1792 game produced by Mozart’s publisher Nikolaus Simrock in Berlin (it may have been Mozart’s work, but we’re not sure) used dice rolls randomly to select beats, producing a potential 46 quadrillion waltzes.

All these games relied on that unassailable, but frequently disregarded truth, that all music is algorithmic. If music is recognisable as music, then it exhibits a small number of formal structures and aspects that appear in every culture — repetition, expansion, hierarchical nesting, the production of self-similar relations. It’s as Igor Stravinsky said: ‘Musical form is close to mathematics — not perhaps to mathematics itself, but certainly to something like mathematical thinking and relationship.’

As both a musician and a mathematician, Marcus du Sautoy, whose book The Creativity Code was published this year, stands to lose a lot if a new breed of ‘artificially intelligent’ machines live up to their name and start doing his mathematical and musical thinking for him. But the reality of artificial creativity, he has found, is rather more nuanced.

One project that especially engages du Sautoy’s interest is Continuator by François Pachet, a composer, computer scientist and, as of 2017, director of the Spotify Creator Technology Research Lab. Continuator is a musical instrument that learns and interactively plays with musicians in real time. Du Sautoy has seen the system in action: ‘One musician said, I recognise that world, that is my world, but the machine’s doing things that I’ve never done before and I never realised were part of my sound world until now.’

The ability of machine intelligences to reveal what we didn’t know we knew is one of the strangest and most exciting developments du Sautoy detects in AI. ‘I compare it to crouching in the corner of a room because that’s where the light is,’ he explains. ‘That’s where we are on our own. But the room we inhabit is huge, and AI might actually help to illuminate parts of it that haven’t been explored before.’

Du Sautoy dismisses the idea that this new kind of collaborative music will be ‘mechanical’. Behaving mechanically, he points out, isn’t the exclusive preserve of machines. ‘People start behaving like machines when they get stuck in particular ways of doing things. My hope is that the AI might actually stop us behaving like machines, by showing us new areas to explore.’

Du Sautoy is further encouraged by how those much-hyped ‘AIs’ actually work. And let’s be clear: they do not expand our horizons by thinking better than we do. Nor, in fact, do they think at all. They churn.

‘One of the troubles with machine-learning is that you need huge swaths of data,’ he explains. ‘Machine image recognition is hugely impressive, because there are a lot of images on the internet to learn from. The digital environment is full of cats; consequently, machines have got really good at spotting cats. So one thing which might protect great art is the paucity of data. Thanks to his interminable chorales, Bach provides a toe-hold for machine imitators. But there may simply not be enough Bartok or Brahms or Beethoven for them to learn on.’

There is, of course, the possibility that one day the machines will start learning from each other. Channelling Marshall McLuhan, the curator Hans Ulrich Obrist has argued that art is an early-warning system for the moment true machine consciousness arises (if it ever does arise).

Du Sautoy agrees. ‘I think it will be in the world of art, rather than in the world of technology, that we’ll see machines first express themselves in a way that is original and interesting,’ he says. ‘When a machine acquires an internal world, it’ll have something to say for itself. Then music is going to be a very important way for us to understand what’s going on in there.’