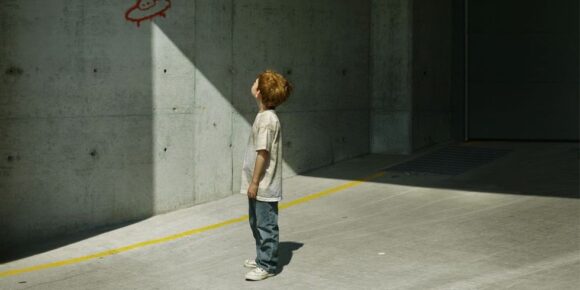 Reading The Believer by Ralph Blumenthal for the Times, 24 July 2021

In September 1965 John Fuller, a columnist for the Saturday Review in New York, was criss-crossing Rockingham County in New Hampshire in pursuit of a rash of UFO sightings, when he stumbled upon a darker story — one so unlikely, he didn’t follow it up straight away.

Not far from the local Pease Air Force base, a New Hampshire couple had been abducted and experimented upon by aliens.

Every few years, ever since the end of the Second World War, others had claimed similar experiences. But they were few and scattered, their accounts were incredible and florid, and there was never any corroborating physical evidence for their allegations. It took decades before anyone in academia took an interest in their plight.

In January 1990 the artist Budd Hopkins, whose Intruders Foundation provided support for “experiencers” — alleged victims of alien abduction — was visited by John Edward Mack, head of psychiatry at Harvard’s medical school. Mack’s interest had been piqued by his friend the psychoanalyst Robert Lifton. An old hand at treating severe trauma, particularly among Hiroshima survivors and Vietnam veterans, Lifton found himself stumped when dealing with experiencers: “It wasn’t clear to me or to anybody else exactly what the trauma was.”

Mack was immediately intrigued. Highly strung, narcissistic, psychologically damaged by his mother’s early death, Mack needed a deep intellectual project to hold himself together. He was interested in how perceptions and beliefs about reality shape society. A Prince of Our Disorder, his Pulitzer Prize-winning psychological biography of T E Lawrence, was his most intimate statement on the subject. Work on the psychology of the Cold War had drawn him into anti-nuclear activism, and close association with the International Physicians for the Prevention of Nuclear War, which won a Nobel peace prize in 1985. The institutions he created to explore the frontiers of human experience survive today in the form of the John E. Mack Institute, dedicated “to further[ing] the evolution of the paradigms by which we understand human identity”.

Just as important, though, Mack enjoyed helping people, and he was good at it. In 1964 he had established mental health services in Cambridge, Mass., where hundreds of thousands were without any mental health provision at all. As a practitioner, he had worked particularly with children and adolescents, had treated suicidal patients, and published research on heroin addiction.

Whitley Streiber (whose book Communion, about his own alien abduction, is one of the single most disturbing books ever to reach the bestseller lists) observed how Mack approached experiencers: “He very intentionally did not want to look too deeply into the anomalous aspects of the reports,” Streiber writes. “He felt his approach as a physician should be to not look beyond the narrative but to approach it as a source of information about the individual’s state.”

But what was Mack opening himself up to? What to make of all that abuse, pain, paralysis, loss of volition and forced ejaculation? In 1992, at a forum for work-in-progress, Mack explained, “There’s a great deal of curiosity they [the alien abductors] seem to have in staring at us, particularly in sexual situations. Often there are hybrid infants that seem to be the result of alien-human sexual cohabitation.”

Experiencers were traumatised, but not just traumatised. “When I got home,” said one South African experiencer, “it was like the world, all the trees would just go down, and there’d be no air and people would be dying.”

Experiencers reported a pressing, painful awareness of impending environmental catastrophe; also a tremendous sense of empathy, extending across the whole living world. Some felt optimistic, even euphoric: for these were now recruited in a project to save life on Earth. as part, they explained, of the aliens’ breeding programme.

John Mack championed hypnotic regression, as a means of helping his clients discover buried memories. Ralph Blumenthal, a reporter for the New York Times, is careful not to use hindsight to condemn this approach, but as he explains, the satanic abuse scandals that erupted in the 1990s were to reveal just how easily false memories can be implanted, even inadvertently, in people made suggestible by hypnosis.

In May 1994 the Dean of Harvard Medical School appointed a committee of peers to confidentially review Mack’s interactions with experiencers. Mack was exonerated. Still, it was a serious and reputationally damaging shot across the bows, in a field coming to grips with the reality of implanted and false memories.

Passionate, unfaithful, a man for whom life was often “just a series of obligations”, Mack did not so much “go off the deep end” after that as wade, steadily and with determination, into ever deeper water. The saddest passage in Blumenthal’s book describes Mack’s trip in 2004 to Stonehenge in Wiltshire. Surrounded by farm equipment that could easily have been used to create them, Mack absorbs the cosmic energy of crop circles and declares, “There isn’t anybody in the world who’s going to convince me this is manmade.”

Blumenthal steers his narrative deftly between the crashing rocks of breathless credulity on the one hand, and psychoanalytic second-guessing on the other. Drop all mention of the extraterrestrials, and The Believer remains a riveting human document. Mack’s abilities, his brilliance, flaws, hubris, and mania, are anatomised with a painful sensitivity. Readers will close the book wiser than when they opened it, and painfully aware of what they do not and perhaps can never know about Mack, about extraterrestrials, and about the nature of truth.

Mack became a man easy to dismiss. His “experiencers” remain, however, “blurring ontological categories in defiance of all our understandings of how things operate in the world”. Time and again, Blumenthal comes back to this: there’s no pathology to explain them. Not alcoholism. Not mental illness. Not sexual abuse. Not even a desire for attention. Aliens are engaged in a breakneck planet-saving obstetric intervention, involving probes. You may not like it. You may point to the lack of any physical evidence for it. But — and here Blumenthal holds the reader quite firmly and thrillingly to the ontological razor’s edge — you cannot say it’s all in people’s heads. You have no solid reason at all, beyond incredulity, to suppose that abductees are telling you anything other than the truth.