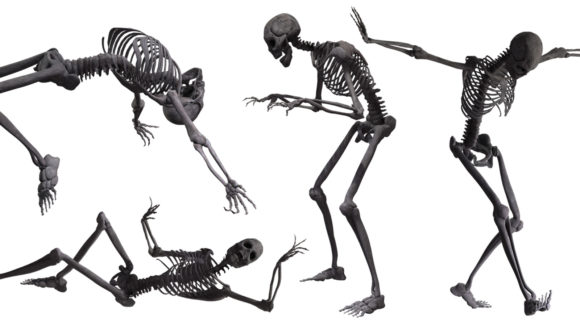 “We didn’t emerge as a species sitting around.”

So says University of California neuroscientist Scott Grafton in the introduction to his provoking new book Physical Intelligence. In it, Grafton assembles and explores all the neurological abilities that we take for granted — “simple” skills that in truth can only be acquired with time, effort and practice. Perceiving the world in three dimensions is one such skill; so is steadily carrying a cup of tea.

At UCLA, Grafton began his career mapping brain activity using positron emission tomography, to see how the brain learns new motor skills and recovers from injury or neurodegeneration. After a career developing new scanning techniques, and a lifetime’s walking, wild camping and climbing, Grafton believes he’s able to trace the neural architectures behind so-called “goal-directed behavior” — the business of how we represent and act physically in the world.

Grafton is interested in all those situations where “smart talk, texting, virtual goggles, reading, and rationalizing won’t get the job done” — those moments when the body accomplishes a complex task without much, if any, conscious intervention.. A good example might be bagging groceries. Suppose you are packing six different items into two bags. There are 720 possible ways to do this, and — assuming that like most people you want heavy items on the bottom, fragile items on the top, and cold items together — more than 700 of the possible solutions are wrong. And yet we almost always pack things so they don’t break or spoil, and we almost never have to agonise over the countless micro-decisions required to get the job done.

The grocery-bagging example is trivial, but often, what’s at stake in a task is much more serious — crossing the road, for example — and sometimes the experience required to accomplish it is much harder to come by. A keen hiker and scrambler, Grafton studs his book with first-hand accounts, at one point recalling how someone peeled off the side of a snow bank in front of him, in what escalated rapidly into a ghastly climbing accident. “At the spot where he fell,” he writes, “all I could think was how senseless his mistake had been. It was a steep section but entirely manageable. Knowing just a little bit more about how to use his ice axe, he could have readily stopped himself.”

To acquire experience, we have to have experiences. To acquire life-saving skills, we have to risk our lives. The temptation, now that we live most of our lives in urban comfort, is to create a world safe enough that we don’t need expose ourselves to such risks, or acquire such skills.

But this, Grafton tells me, when we speak on the phone, would be a big mistake. “If all you ever are walking on is a smooth, nice sidewalk, the only thing you can be graceful on is that sidewalk, and nothing else,” he explains. “And that sets you up for a fall.”

For more than 1.3 million years of evolutionary time, hominids have lived without pavements or chairs, handling an uneven and often unpredictable environment. We evolved to handle a complex world, and a certain amount of constant risk. “Very enriched physical problem solving, which requires a lot of understanding of physical relationships, a lot of motor control, and some deftness in putting all those understandings together — all the while being constantly challenged by new situations — I believe this is really what drives brain networks towards better health,” Grafton says.

Our chat turns speculative. The more we removed risks and challenges from our everyday environment, Grafton suggests, the more we’re likely to want to complicate and add problems to the environment, to create challenges for ourselves that require the acquisition of unusual motor skills. Might this be a major driver behind cultural activities like music-making, craft and dance?

Speculation is one thing; serious findings are another. At the moment, Grafton is gathering medical and social data to support an anecdotal observation of his: that the experience of walking in the wild not only improves our motor abilities, but also promotes our mental health.

“A friend of mine runs a wilderness programme in the Sierra Nevada for at-risk teenagers,” he explains, “and one of the things he does is to teach them how to get by for a day or two in the wilderness, on their own. It’s life-transforming. They come out of there owning their choices and their behaviour. Essentially, they’ve grown up.”