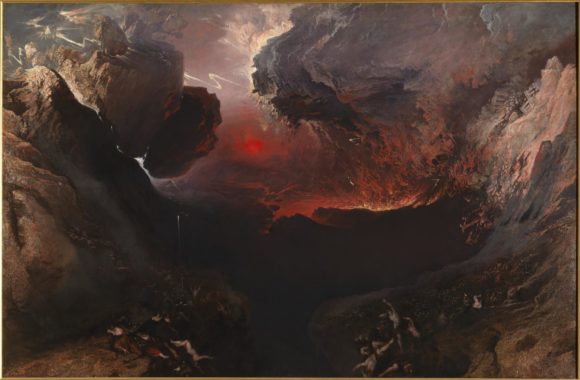 On Tuesday 2 June I had a chat with Jonathan Strahan for the Coode Street podcast.

I edit Arc, a magazine of futures and fiction from the makers of New Scientist. Of my most recent novel, Dead Water, Martin McGrath wrote: “He succeeds in getting you to care about what happens to these people and then he beats the living shit out of them.”

I review popular science for The Telegraph and The Guardian, and I’m working on an anecdotal history of Soviet science under Stalin. Now and again my family let me out long enough to go on research trips like this one. More often than not, though, my life looks like this.

My agent is Peter Tallack at The Science Factory.

You can drop me a line at simonings at gmail dot com.

Ings argues convincingly that the eye has had a profound effect on our language, perception, philosophy and even consciousness… Ings deals with these, as he does all parts of this thoroughly engaging book, with refreshing clarity, enthusiasm and vigour. It’s a real eye-opener, if you’ll pardon the pun.
Doug Johnstone, The Times, March 10, 2007
In The Eye: A Natural History, the novelist and science writer Simon Ings explores evolution’s alleged masterpiece from several perspectives, including optics, physiology, history, medicine and biochemistry. It is a rich and eclectic survey, with an intriguing nugget on almost every page. Ings has done his homework and is not afraid to find fault with new ideas that don’t pass muster.
Graham Farmelo, Sunday Telegraph, March 24
[Ings] rightly asserts that ‘the story of the eye is epic’, and this is an impressive attempt to summarise its 538-million-year history. There are times when the encyclopaedic scale of the endeavour rather overwhelms the reader, but it’s easy to share his genuine wonder at the sheer oddness of some of the mechanisms of sight.
P D Smith, the Guardian, June 2
In this ambitious work, Ings reaches into chemistry, evolutionary biology, anthropology, psychology, aesthetics and his own fertile imagination to produce an agglomeration of ideas and themes, aimed at neither the specialist nor the idiot, but somewhere tantalisingly in between. In many ways it’s the perfectly judged popular-science book: he assumes little or no prior knowledge, but he does take for granted an open mind and a certain curiosity. His book will bring out the intelligent 12-year-old in us all. You may even look on the world with new eyes.
Marcus Berkmann, The Spectator, March 31
(requires subscription; the review has been reprinted here)
Ings has succeeded in writing an elegant, entertaining and up-to-date overview of cutting-edge research. He tells the story “episodically”, in a “mix of history, science and anecdote” that is utterly compelling.
Gail Vines, the Independent, April 25
Ings has a good eye for memorable anecdotes and striking facts. More importantly, The Eye is always readable, and Ings is a very good explainer of scientific concepts.
Robert Hanks, the Telegraph, March 18
The evolution of the human eye sounds a potentially arid subject, but not as treated by Simon Ings, who seamlessly blends natural history with personal observation (the progress of his baby daughter), visual conundrums (illustrations punctuate the text), and a real sense of wonder.
There are fascinating facts galore: our eyes are never still, for example. As well as entertaining, it’s philosophically profound: showing how our eyes, far from simply absorbing the world, are tools with which we construct our own reality.
Katie Owen, the Sunday Telegraph, 27 January 2008
Voles communicate by leaving trails of urine that (happily for the hungry kestrel) reflect ultraviolet light. Simon Ings will cheerfully supply you with a whole feast of such tasty morsels in this expansive history of the eye. But while his book may satisfy a nerdy hunger for trivia, it is much more than just a compendium of information, ambitiously blending science with philosophy and drawing on history and anecdotes. The latter, which often focus on his daughter, are impressive for somehow avoiding mawkishness; in one of the book’s most moving sections, Ings considers their respective ageing and sight. It all makes for a surprisingly appealing and readable book, helped along by the odd judicious diagram. Read it and you will never see things in the same way.
Hermione Buckland-Hoby, the Observer, January 27
The mirror of the soul? In Homo sapiens, maybe. But in this account of that remarkable organ, the eye, Ings goes beyond the human… The more complex his material, the clearer his prose becomes. He is equally at ease with mathematics, philosophy, palaeontology and history in this cornucopia of facts and folklore about the eye… this far-ranging and wonderfully eclectic work is popular science at its best.
Ross Leckie, The Times January 25
Charles Darwin wrote that thinking about the evolution of the eye gave him a “cold shudder”. The organ’s complexity tested his theory to the limits, yet so necessary has eyesight become to species’ survival that some scientists estimate the eye has evolved independently at least 40 times. As Ings puts it, “There are only a handful of really good ideas in nature”, and eyesight is one of them. There is a lot of science in Ings’s account, but it is leavened by engaging forays into history and biography. He relates such fascinating subjects as the ability of the Thai Moken tribe to see underwater, and Woody Allen’s rare skill in raising the inner corners of his eyebrows.
Ian Critchley, The Sunday Times, January 27
‘Popular science’ now too often refers to books about penguins’ feet and the like, so it is a relief to find a work that demonstrates genuine learning and intellectual passion. Simon Ings takes us elegantly through the 600-million-year history of the eye, explaining its differing functions in humans and animals, and discussing philosophical thoughts about vision. The result is a narrative as arresting and remarkable as any fiction, accessible but complete, with the reader assumed to be an intelligent adult on the lookout for something substantial. An excellent guide to one of the world’s true wonders.
the Telegraph, February 2