I wrote this for Arc’s blog. Murdo MacLeod’s photo is snatched from a 2007 Guardian 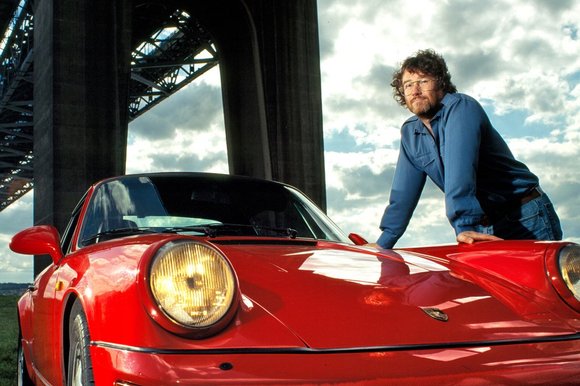 I first met Iain Banks at Lumb Bank, a writing centre near Hebden Bridge in Yorkshire. The area has since become the hairdressing and financial services capital of the western world, but back then you could still find the odd lock-in. Banksie (always and forever Banksie: the other one is a parvenu) was teaching a course in writing science fiction. Mike Harrison was his guest reader, a prickly bugger who’d just finished a story called Small Heirlooms, for my money one of the great short stories of his or anyone’s career. I didn’t get how Banks and Harrison were such mates — the one bristling with psychic armour, the other ebullient, friendly, and without any apparent side to him at all.

The next day, in my youthful suburban folly, I started channelling JG Ballard in a workshop. Banksie came down on me like a ton of bricks. There was, he said, no such thing as cultural anonymity. Ballard be damned, that sort of thing was a cheap out. “Everybody comes from somewhere,” he said. “Where you come from is your material. Where you are is your material.”

This is my abiding memory of Banks and it rubs oddly against his deserved reputation for generosity, kindness and good cheer. He was fierce. He was tough. There are different kinds of toughness in writing, and though by some measures Banks was as soft as a day-old mousse (“any chance of a second draft, Iain?”!!) there were, and are, few who could match him in his effort to realise his books. His places have a psychic economy about them. They are peopled by minds that are fully embodied, who eat and sleep and fuck and trip over their own feet. Who have friends, for heaven’s sake. Awkward relatives. Ambiguous desires. Who make mistakes. Who goof off. They are inconsistent. They are worlds. They come from somewhere and they are somewhere.

This is where Banksie’s imagination burned hottest. Imagination is not about realising a ten mile-long spaceship (though God knows he could turn out any number of them). It is about describing how a woman pours a glass of water from a kitchen tap, in a way that makes her and the water and, damn it, even the kitchen sink matter.

Banksie didn’t need psychic protection. He did not mine his talent, and so there was nothing, no anxiety, no wall of self-expectation to cave in on him. He did not mine: he surfed.

Years have passed. Anonymity stalks the comfortable places of the earth. Hebden Bridge has long since forgotten what it was. In Bloomsbury, meanwhile, where I work, the Virginia Woolf Cafe offers a selection of burgers and grills. An entire literary generation has embraced irony just to deal with this crap. They’ve been more or less successful. But Banksie was never one of them.

Nearby is the pub where I last saw him. It was just a couple of weeks ago. I’d heard he’d bought a BMW to burn up a little of all the carbon he’d been conscientiously saving and sequestering — he figured the world owed him that much. “If I can get it to 155, I’ll be happy,” he said. “After that the EU limiters kick in, but on Scottish roads that’s just as well.” He had pictures on his phone: a frictionless black lozenge hangs at an odd angle against mist-shrouded hills. The satanic bugger had not only asked his lover to be his widow; he was spending his dying days driving his own coffin.

What’s shocking about this is its sheer lack of irony. Banks lived life on its own terms and greeted death the same. That someone so well-adjusted to his own skin should want to sit alone in a room at home and write is the only real mystery left. The rest is an open book. He was, quite simply, brave.