Let us begin, at least, with a glimmer of humour. 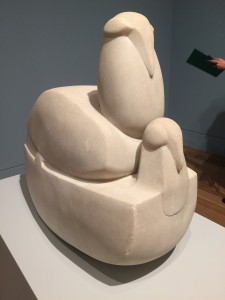 There you are. That’s your lot by way of larfs, should you visit this truly gimlet-faced retrospective of the art of British modernist sculptor Barbara Hepworth.

Tate Britain’s show, which runs from 24 June to 25 October, is billed as the first major Barbara Hepworth exhibition in London for almost 50 years, and features some key sculptures in wood, stone and bronze. These, then, are the treasures which languish under insipid ersatz daylight, against walls painted in the sort of bluish neutrals you find in the toilets at Heathrow.

The first room is the worst, incarcerating Hepworth’s early torsoes under cheap plexiglass vitrines like so much pick-n-mix. But it is not the conspicuous lack of budget that disconcerts, so much as the way the show struggles to establish the young artist’s identity. Every artist operates in some sort of social fluid. Hepworth appears to have damn-near drowned in hers.

Hepworth and her lover Ben Nicholson together evolved an atelier identity, exhibiting together in 1932 at the gallery Arthur Tooth & Sons. Photographs of that show suggest an energy that’s wholly missing here. Nicholson and Hepworth got under each others’ artistic skins, but for reasons I don’t know enough to unpick, the image we’re left with in this show is not so much of Hepworth growing as an artist, so much as being easily led (by Nicholson, by Moore, by Laslo, by political affiliations of one sort or another).

It seems unfair to blame the subject of this show, but I did begin to wonder whether Hepworth herself ought to take some responsibility for what’s gone wrong here. The wall texts several times refer to her determination to control her own image, and I wonder if there isn’t some curatorial frustration peeking through here. What do you do, after all, with an artist who parlayed her way into a most insipid type of celebrity, who fashioned art innocuous enough to grace the UN, and counted its director general Dag Hamarskjold as a friend: arguably the least interesting famous man in history?

Something has failed here; it could well be me. I took a couple of snaps. The photographs aren’t up to much, but just look at the work. That has to be worth a visit, doesn’t it? Doesn’t it? How is it my iPhone had a better time than I did? 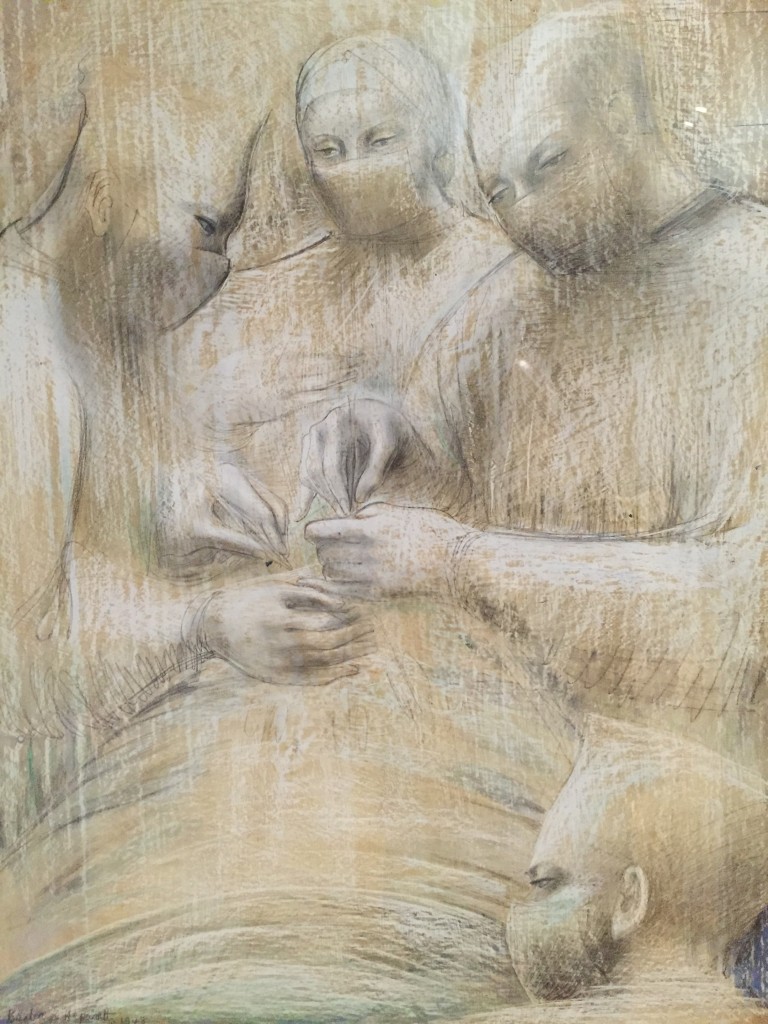 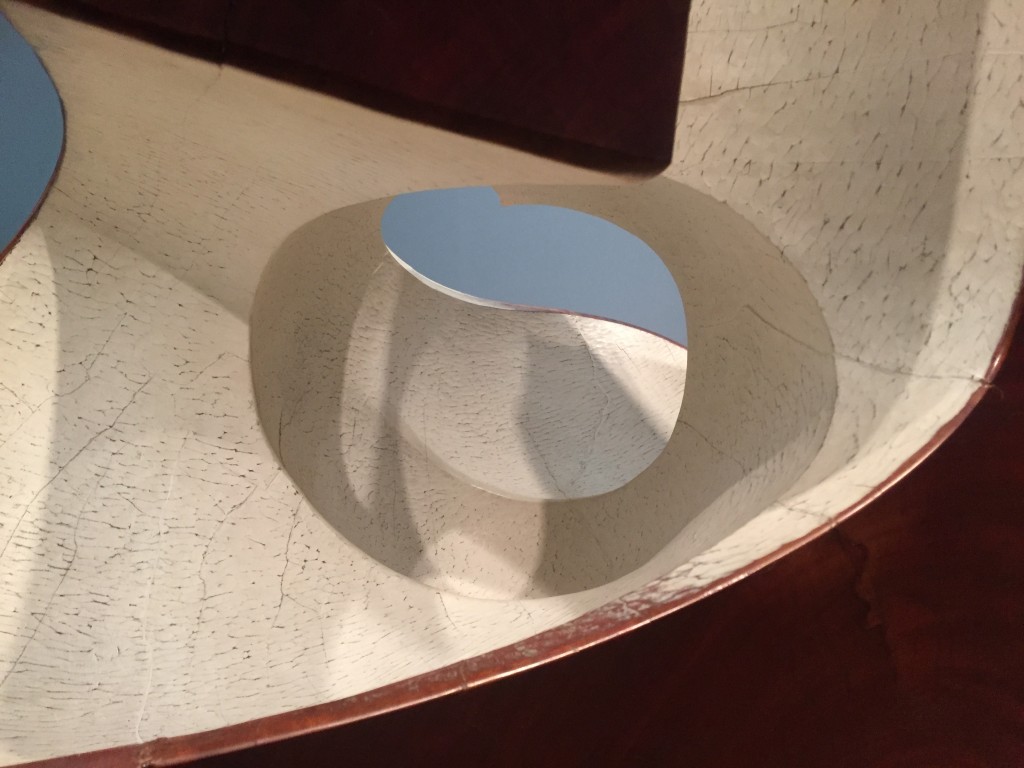