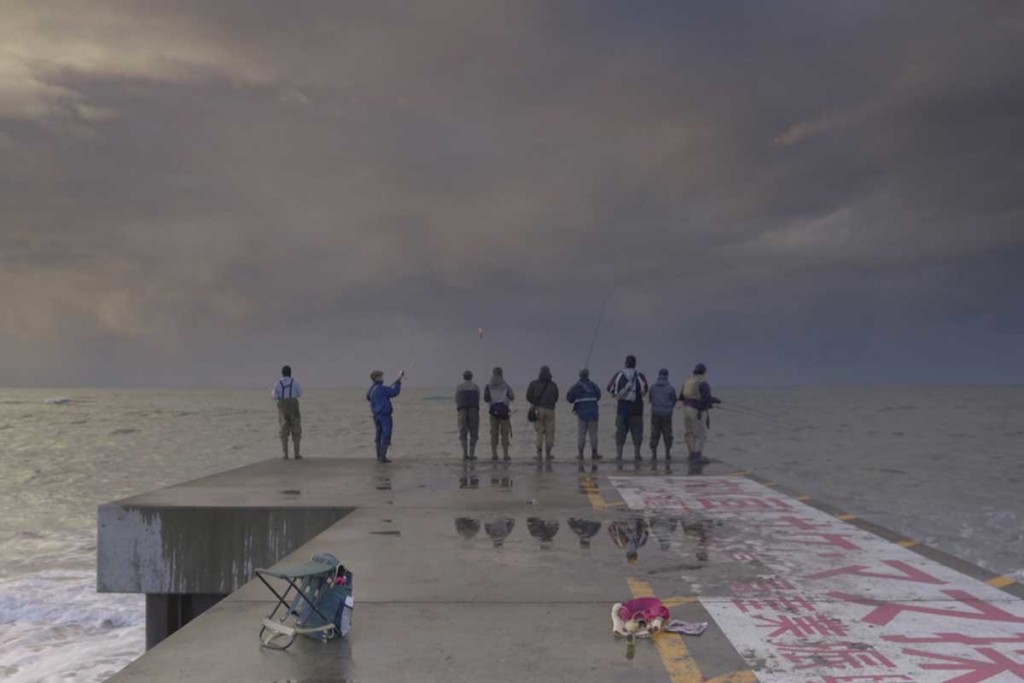 THE current crop of young artists showing in London look pretty incorruptible. Handed £20,000 each to make films about economic unease and ecological anxiety, Alice May Williams (fresh-ish out of Goldsmiths, University of London) and Karen Kramer (who cut her artistic teeth at the Parsons School of Design, New York City) have made video installations that deliver on this minatory brief. And they have done so with the sort of bloodless precision that leaves a visitor to Borrowed Time unsure whether to admire their high seriousness or worry at their apparent lack of character.

Actor Togo Igawa’s choked voice-over suggests a wronged salaryman driving back and forth over his pet shih-tzu. Pictures of urban dereliction lovingly reference the 2011 release of radioactive material from the plant (worldwide casualties to date: nil) while providing not much more than a passing reference to the tsunami (Tohoku district casualties: just shy of 16,000) that triggered the plant’s meltdowns.

The power plant offered us “a false promise of dominion” apparently – a formulation I’m sure to recall next time I turn on a kettle for a cuppa – before Nature Wrought Her Terrible Judgement.

Actually, Kramer might not be going this far – it’s hard to tell. But she is dangerously close, achieving with the line “They let loose a reaction here that belongs on the surface of the sun!” an impressive hat-trick: at once morally irrelevant, intellectually vacuous and factually incorrect. The piece then degenerates into a paranoid animation involving shards of uranium glass and a mummified fox.

Meanwhile, in Dream City – More, Better, Sooner, Alice May Williams invites us to stare at her toes, and, beyond, at the towers of the long-since decommissioned Battersea power station, a crumbling Art Deco masterpiece. This gem is currently aswarm with builders, surveyors, architects and their ilk as that swampy, vital, smelly, industrious corner of London gets a landscaped corporate makeover after 30 years of dithering.

Williams is taking deep, centring breaths, following the advice of a meditation teacher. She is learning to let go of past errors and future plans, and to embrace the now. In other words, Williams’s well-being involves letting go of the very forces, prejudices and habits that make her city tick. Can you imagine the mess we would be in if our utilities “embraced the now”? The disjunct between personal time and civic time is built steadily, with humour and poetry and a tremendous sense of mounting threat. “SHOP STAY EAT LIVE WORK and PLAY”, a hoarding screams. A promise or a threat?

“Sometimes we are right inside the drawings,” Williams sighs, interleaving the view from her window with corporate videos, blueprints and historical footage to capture the inevitable bind of city living. That bind has us living inside other people’s visions, hardly able to distinguish between big-business blather and the untethered voices of our own suicidal ideations.

Both films play to our fears, but only Williams understands what’s worth fearing. Disasters are not and never were the point. They are like rain and eclipses: inevitable. The reason we have complex societies is to handle disasters. A famine here, a flood there, a cave-in at the mine. The rest is window dressing, and none of it comes out the way it is meant to.

All over London, the kettles are boiling merrily as the old power station is turned into a retail-residential park “with community built in”. We can embrace the now all we want, but the city has no such luxury. That is what makes it such a terrifying friend.