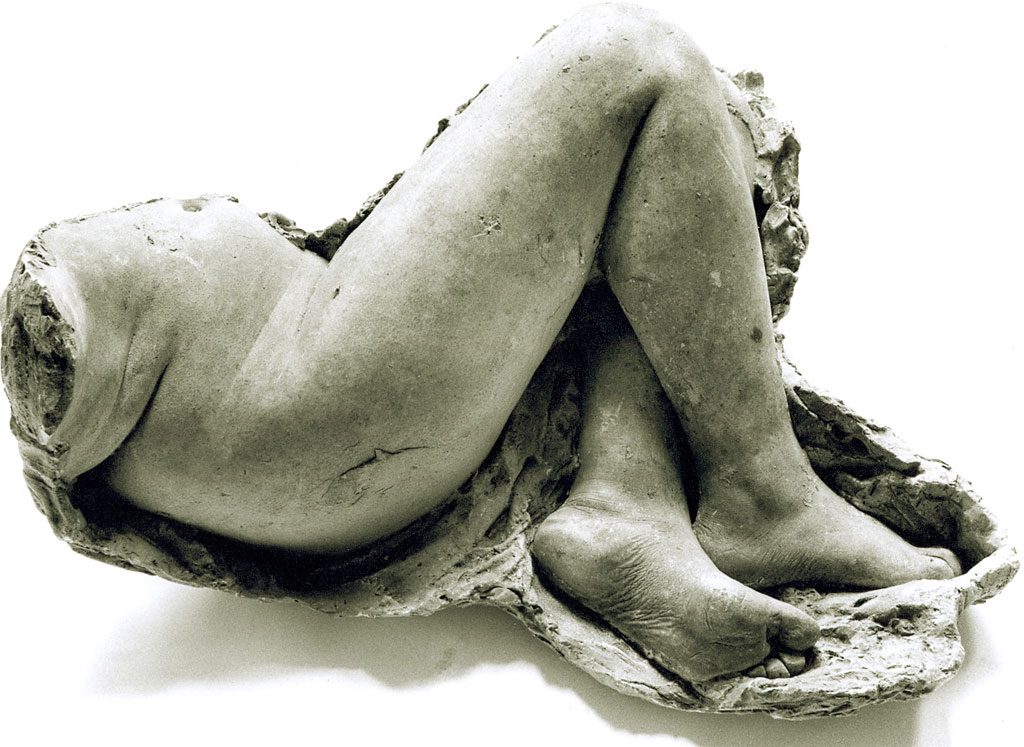 Stereo recordings, Imax movies, Steam-generated games: for over a century we’ve relied on innovations in media to deliver us a taste of the sublime. As the pioneering pilot Antoine de Saint-Exupéry put it, “The machine does not isolate man from the great problems of nature but plunges him more deeply into them.”

But even if that was true in 1939, I’m not sure it’s true any longer — not now we live enmired in media, and, indeed, have to make special efforts to escape them.

For me, 2017 ended with a couple of little disappointments both involving virtual reality.
Having wandered disembodied around Amedeo Modigliani’s “Ochre Atelier“ (an international curatorial effort which took five months to construct) I left London’s Tate Modern feeling as though I’d been transported, not to Paris, but to some Pixar-driven studio circa 1995. Virtual environments can actually render grit, dirt and water stains to a high creepiness level — but not on the sort of budget the Tate can command. The Ochre Atelier was a cartoon.

Not long after, I was prevented from wandering around Yinka Shonibare’s reconfigured, virtual version of the “Townley Venus” at the Royal Academy. The invigilator had saved me from walking into a wall, but I stalked out of that overclean, over-smooth virtual interior convinced that current museum technology can only insulate us from the sublime and the beautiful.
The technologies of digital reproduction are doing to objects exactly what they have done for books and music. They’re are making everything simultaneously accessible and boring.

A misplaced compulsion to entertain is only part of this story, and not the most interesting part. For cultural institutions, the chief promise of digital is its ability to reproduce and preserve. The effort to copy and disseminate objects of antiquity is both venerable and important. Indeed Mari Lending’s new book, Plaster Monuments: Architecture and the Power of Reproduction, reveals the role of casting in preserving entire architectural epochs. She recounts how in 1857 and on a visit to the Paris International Exhibition, the V&A’s first director Henry Cole persuaded 15 European princes to sign up to an ‘International Convention of promoting universally Reproductions of Works of Art’.

In Cole’s day, the technologies of reproduction consisted of photography, electrotyping and plastercasting. Casting, alas, proved far more damaging than was at first realised. Giovanni Battista Belzoni, the former circus strongman who conveyed the 7-ton bust of Pharaoh Ramesses II out of Luxor (it’s now in the British Museum) was no vandal, but he still managed to to take all the paint off when he cast the figure of Anubis in the tomb of Seti I, in the Valley of the Kings.

Worse followed: Belzoni’s facsimile of Seti’s tomb, shown at the Egyptian Halls in London in 1821, was one of several events that led Thomas Cook to form his travel agency. This in turn triggered arguably history’s greatest cultural catastrophe, since tourism is predicated on the idea that original objects, buildings and places can be made more or less universally accessible. Suddenly the traces of past ages were fixed in place, and people travelled to them. The damage Belzoni did to the tomb of Seti I pales in comparison to the wholesale dilapidation visitors have visited upon the entire complex at Luxor.

Many heritage sites are now permanently closed. Those wanting to explore Seti’s 3,300-year-old tomb will have to make do with a trip to Basel and a 100-micron-resolution facsimile of two chambers, courtesy of the Theban Necropolis Preservation Initiative. This project, run by Factum Foundation in collaboration with the University of Basel and under contract to the Egyptian Ministry of Antiquities, is embarked on nothing less than the wholesale recreation of the treasures of the Valley of the Kings.

Multi-spectral composite photography; 3D scanning; additive 3D printing; high-resolution CNC routing: the technologies employed and built from scratch by the technicians and artisans of “digital mediators” Factum Arte allow us to copy originals without ever touching them. But there is something kitschy about Seti’s immaculate new e-tomb: what it has gained in freshness, it has lost in dignity.

Similarly when I visited the RA, though I enjoyed the way Shonibare had repurposed the Roman Venus statue, I found its VR setting (based on a Gavin Hamilton painting) profoundly dispiriting. he hadn’t just brought an old painting to life. He’d done something far worse. He’d cleaned it up. He’d made it good as new.

The eighteenth-century culture in which Belzoni operated – doing an honest but far from perfect job of reproducing the treasures of his day — can, I think, point us in a healthier direction.

Belzoni’s was a world where no one worried much when a nose or a leg fell off an old statue. They simply patched them up. This honourable practice goes back at least as far as the 16th-century sculptor Benvenuto Cellini, who argued that the ravaged sculptures of antiquity ”were screaming for his help”.

The poster-child of that era (at least for Londoners, who can visit the museum he made of his house in Lincoln’s Inn Fields) is the architect Sir John Soane. Soane, born 1753, once grubbed up the garden of Pitzhanger, his country manor, to plant imaginary ruins. This was not (or not entirely) a Romantic indulgence. He used them mostly to tease antiquarians. He would take shards and fashion them into whole items, not willy-nilly, but on the basis of diligent study and educated taste. He knew the past was gone, and approximations were necessary. Lacking today’s precision instruments and the over-weaning, millennial rhetoric that accompanies them, he never once imagined that the past could be entirely recouped, or that the present moment might be made to last forever. One design for his Bank of England (a masterpiece now largely destroyed) showed how it would look in ruins.

Soane was rather fond of imagining what posterity might make of his museum. In 1812, and in the voice of an archaeologist of the future, he wrote:

“It is difficult to determine for what purposes such a strange and mixed assemblage of ancient works or rather [plaster] copies of them, for many are not of stone or marble, have been brought together…”

Not every young man could afford a Grand Tour of Europe. Soane considered his collection of copies the next best thing. He was right.

It was the stubborn whiteness of plastercasts, perhaps, the lack of an accurate means of coloration, not to mention a growing awareness of the damage being done by even the most careful copying — that saved Soane and his generation from imagining that they could render objects as they had been at their moment of completion.

Today we are armed with technology that can copy the surface appearance and even some of the structural elements of originals to perfection, or as close to perfection as makes no odds. This inadvertently puts us in the position of Lord Duveen, the British art dealer who, believing that authenticity was but a bathtime away, saw to the scrubbing of the Elgin Marbles. Nor was he the first restorer to kill through kindness. Writers Edmond and Jules de Goncourt were already complaining about this sort of thing in 1851, after seeing a newly cleaned Rubens: “It is,” they wrote, “like a piece of music from which all the half-tones have been removed: everything screams and bellows like earthenware gone mad.”

Nothing material will be damaged by today’s digital scrubbing — indeed, much valuable information will be uncovered and saved. But if we think that returning objects to their pristine state brings us closer to an authentic view of the past, then we are seriously short-changing our imaginations.

Soane and his fellows knew what we affect to deny: that time is real, and that everything ages and crumbles and dies. That’s why they considered art even more important than artworks.

As he reflected on the potential of scanning and 3D printing, Tristram Hunt, the current director of the V&A, pointed out in a recent article that “the lost artefacts of the ancient past have never felt more tangible, and less controllable.” Factum Arte founder Adam Lowe goes further. In the future, he says, we will handle each object “like an interpretation of a musical score. There will be different performances of the same object. They can be compared, discussed and understood.”

I would like to think the future will be full of John Soanes as, with a clear conscience, we start patching together bits of the past into new objects: not at random, not out of mischief, but as Soane and his contemporaries did — out of an imaginative engagement with a past we accept is irretrievably lost.