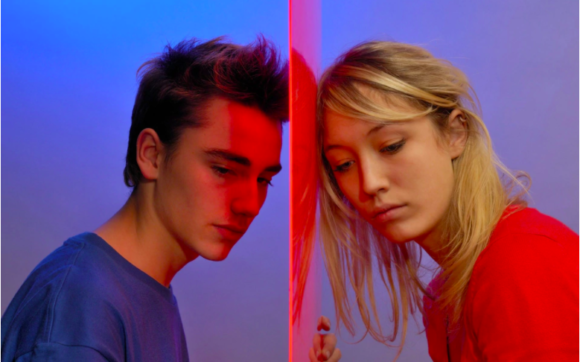 Reading The Lonely Century by Noreena Hertz for the Telegraph, 26 September 2020

Economist Noreena Hertz’s new book, about our increasing loneliness in a society geared to mutual exploitation, is explosive stuff. I would guess it was commissioned a while ago, then retrofitted for the Covid-19 pandemic — though I defy you to find any unsightly welding marks. Hertz is too good a writer for that, and her idea too timely, too urgent, and too closely argued to be upstaged by a mere crisis.

Loneliness is bad for our physical and mental health. Lack of social interaction makes us both labile and aggressive, a sucker for any Dionysian movement that offers us even a shred of belonging. These lines of argument precede Covid-19 by years, and have been used to explain everything from changing dating patterns among the young to Donald Trump’s win in 2016. But, goodness, what a highly salted dish they make today, now that we’re consigned to our homes and free association is curbed by law.

Under lockdown, we’re now even more reliant on the internet to maintain our working and personal identities. Here again, our immediate experiences sharpen Hertz’s carefully thought-out arguments. Social media is making us unhappy. It’s eroding our civility. It’s driving up rates of suicide. And so on — the arguments here are well-rehearsed, though Hertz’s synthesis is certainly compelling. “Connecting the world may be their goal,” she writes, thinking of the likes of Instagram and Tik Tok, “but it seems that if in the process connections become shallower, crueller or increasingly distorted, so be it.”

Now that we spend so much time indoors, we’re becoming ever more aware of how our outdoor civic space has been dismantled. And here is Hertz once again, waiting for us outside the shuttered wreck of an abandoned library. Actually libraries are the least of it: these days we don’t even get to exchange a friendly word with the supermarket staff who used to check out our shopping. And heaven help us if, on our way back to house arrest, we try to take the weight off our feet on one of those notorious municipal “Camden benches” — tiered and slanted blocks of concrete designed, not to allow public rest of any sort, but to keep “loiterers” moving.

Having led us, Virgil-like, through the circles of virtual and IRL Hell, Hertz ushers us into the purgatory she calls The Loneliness Economy (the capital letters are hers), and describes some of the ways the private sector has tried to address our cultural atomisation. Consider, for example, the way WeWork’s designers built the corridors and stairways in their co-working spaces deliberately narrow, so that users would have to make eye contact with each other. Such strategies are a bit “nudgy” for my taste, but sooner them than that bloody Camden bench.

The trouble with commercialising solutions for loneliness should be obvious: the lonelier we are, the more money this sector will make. So the underlying social drivers of loneliness will be ignored, and only the symptoms will be addressed. “They want to sell the benefit of working in close proximity with others, but with none of the social buy-in, the *hard work* that community requires.” Hertz writes, and wonders whether the people joining many of new, shiny, commercialised communities “have the time or lifestyles that community-building demands.”

Bringing such material to life necessarily means cherry-picking your examples. An impatient or hostile reader might take exception to the graduate student who spent so long curating her “Jen Goes Ziplining” Instagram post that she never actually went ziplining; also to the well-paid executive who lives out of his car and spends all his money on platonic cuddling services. The world is never short of foolish and broken people, and two swallows do not make a summer.

Still, I can’t see how Hertz’s account is harmed by such vividly rendered first-person research. And readers keen to see Hertz’s working have 130 pages of notes to work from.

More seriously, The Lonely Century suffers from the same limitation as Rutger Bregman’s recent (and excellent) Humankind, about how people are basically good. Let’s give each other a break, says Bregman. Let’s give each other the time of day, says Hertz. But neither author (and it’s not for want of trying) can muster much evidence to suggest the world is turning in the direction they would favour. Bregman bangs on about a school that’s had its funding cut; Hertz about a community cafe that’s closed after running out of money. There are other stories, lots of them, but they are (as Hertz herself concedes at one point) a bit “happy-clappy”.

One of Hertz’s many pre-publication champions calls her book “inspiring”. All it inspired in me, I’m afraid, was terror. The world is full of socially deprogrammed zombies. The Technological Singularity is here, the robots are us, and our open plan office-bound Slack messages constitute, at a global level, some great vegetative Overmind.

Hertz doesn’t go this far. But I do. Subtitled “coming together in a world that’s pulling apart”, The Lonely Century confirmed me in my internal exile, and had me bolting to door to the world even more firmly. I don’t even care that I am the problem Hertz is working so desperately hard to fix. I’m not coming out until it’s all over.