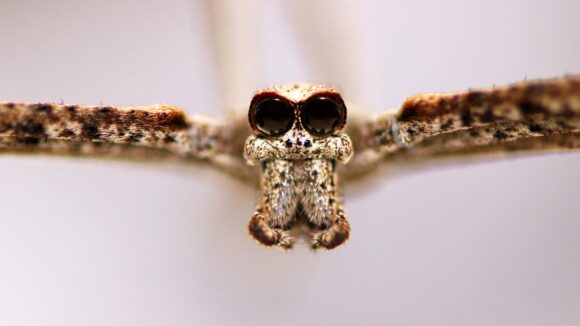 Echo-locating bats use ultrasound to map their lightless surroundings. The information they gather is fine-grained — they can tell the difference between the wing cases and bodies of a beetle, and the scales of a moth’s wings. The extremely high frequency of ultrasound — far beyond our own ability to hear — generates clearer, less “blurry” sonic images. And we should be jolly glad bats use it, and these creatures are seriously noisy. A single bat, out for lunch, screams at around 140 decibels. Someone shouting a metre away generates only 90.

Since 2013, when his textbook Sensory Ecology, Behaviour, and Evolution was published, Martin Stevens, a professor at Exeter University in the UK, has had it in mind to write a popular version — a book that, while paying its dues to the extraordinary sensory abilities of animals, also has something to say about the evolution and plasticity of the senses, and above all the cost of acquiring them.

“Rather than seeing countless species all around us, each with every single one of their sense being a pinnacle of what is possible,” he writes, “we instead observe that evolution and development has honed those senses that the animal needs most, and scaled back on the others.” For every eagle-eyed, erm, eagle, there is a blind fish.

Stevens presents startling data about the expense involved in sensing the world. A full tenth of the energy used by a blowfly (Calliphora vicina) at rest is used up maintaining its photoreceptors and associated nerve cells.

Stevens also highlights some remarkable cost-saving strategies. The ogre-faced spider from Australia (Deinopsis subrufa) has such large, sensitive and expensive-to-maintain eyes, it breaks down photoreceptors and membranes during the day, and regenerates them at night in order to hunt.

Senses are too expensive to stick around when they’re not needed; so they disappear and reappear over evolutionary time. Their genetic mechanisms are surprisingly parsimonious. The same genetic pathways crop up again and again, in quite unrelated species. The same, or similar mutations have occurred in the Prestin gene in both dolphins bats, unrelated species that both echolocate: “not surprising,” Stevens observes, “if evolution has limited genetic material to act on in the first place”.

Stevens boils his encyclopedic knowledge down to three animals per chapter, and each chapter focuses on a different sense. This rather mechanistic approach serves him surprisingly well; this is a field full of stories startling enough not to need much window-dressing. While Stevens’s main point is nature’s parsimony, it’s those wonderful extremes that will stick longest in the mind of the casual reader.

There are many examples of familiar senses brought to a rare peak. For example, the whiskers of a harbour seal (Phoca vitulina) help it find a buried flatfish by nothing more than the water flow created by the fish’s breathing.

More arresting still are the chapters devoted to senses wholly unfamiliar to us. Using their infra-red thermal receptors, vampire bats pick out particular blood vessels to bite into. Huge numbers of marine species detect minute amounts of electricity, allowing them to hunt, elude predators, and even to attract mates.

As for the magnetic sense, Stevens reckons “it is no exaggeration to say that understanding how [it] works has been one of the great mysteries in biology.”

There are two major competing theories to explain the magnetic senses, one relating to the presence of crystals in the body that react to magnetic fields, the other to light-dependent chemical processes occurring in the eyes in response to magnetic information. Trust the robin to complicate the picture still further; it seems to boast both systems, one for use in daylight and one for use in the dark!

And what of those satellite images of cows and deer that show herds lining themselves up along lines of magnetic force, their heads invariably pointing to magnetic north?

Some science writers are, if anything, over-keen to entertain. Stevens, by contrast, is the real deal: the unassuming keeper of a cabinet of true wonders.