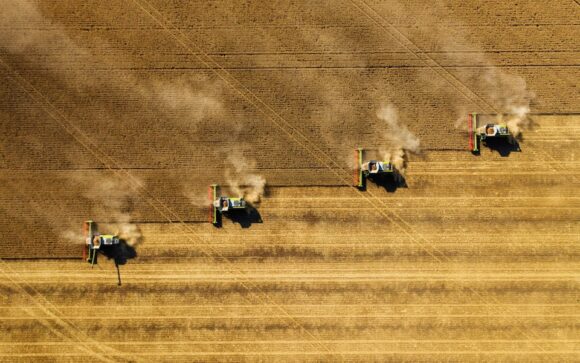 Reading Dan Saladino’s Eating to Extinction for the Telegraph, 26 September 2021

Within five minutes of my desk: an Italian delicatessen, a Vietnamese pho house, a pizzeria, two Chinese, a Thai, and an Indian “with a contemporary twist” (don’t knock it till you’ve tried it). Can such bounty be extended over the Earth?

Yes, it can. It’s already happening. And in what amounts to a distillation of a life’s work writing about food, and sporting a few predictable limitations (he’s a journalist; he puts stories in logical order, imagining this makes an argument) Dan Saladino’s Eating to Extinction explains just what price we’ll pay for this extraordinary achievement which promises, not only to end world hunger by 2030 (a much-touted UN goal), but to make California rolls available everywhere from to Kamchatka to Karachi.

The problem with my varied diet (if this is Wednesday then this must be Thai red curry with prawns) is that it’s also your varied diet, and your neighbour’s; it’s rapidly becoming the same varied diet across the whole world. You think your experience of world cuisine reflects global diversity? Humanity used to sustain itself (admittedly, not too well) on 6,000 species of plant. Now, for over three quarters of our calories, we gorge on just nine: rice, wheat and maize, potato, barley, palm oil and soy, sugar from beets and sugar from cane. The same narrowing can be found in our consumption of animals and seafood. What looks to us like the world on a plate is in fact the sum total of what’s available world-wide, now that we’ve learned to grow ever greater quantities of ever fewer foods.

Saladino is in the anecdote business; he travels the Earth to meet his pantheon of food heroes, each of whom is seen saving a rare food for our table – a red pea, a goaty cheese, a flat oyster. So far, so very Sunday supplement. Nor is there anything to snipe at in the adventures of, say, Woldemar Mammel who, searching in the attics of old farmhouses and in barns, rescued the apparently extinct Swabian “alb” lentil; nor in former chef Karlos Baca’s dedication to rehabilitating an almost wholly forgotten native American cuisine.
That said, it takes Saladino 450 pages (which is surely a good 100 pages too many) to explain why the Mammels and Bacas of this world are needed so desperately to save a food system that, far from beaking down, is feeding more and more food to more and more people.

The thing is, this system rests on two foundations: nitrogen fertiliser, and monocropping. The technology by which we fix nitrogen from the air by an industrial process is sustainable enough, or can be made so. Monocropping, on the other hand, was a dangerous strategy from the start.

In the 1910s and 1920s the Soviet agronomist Nikolai Vavilov championed the worldwide uptake of productive strains, with every plant a clone of its neighbour. How else, but by monocropping, do you feed the world? By the 1930s though, he was assembling the world’s first seed banks in a desperate effort to save the genetic diversity of our crops — species that monocropping was otherwise driving to extinction.

Preserving heritage strains matters. They were bred over thousands of years to resist all manner of local environmental pressures, from drought to deluge to disease. Letting them die out is the genetic equivalent of burning the library at Alexandria.

But seed banks can’t hold everything (there is, as Saladino remarks, no Svalbard seed vault for chickens) and are anyway a desperate measure. Saladino’s tale of how, come the Allied invasion, the holdings of Iraq’s national seed bank at Abu Ghraib was bundled off to Tel Hadya in Syria, only then to be frantically transferred to Lebanon, itself an increasingly unstable state, sounds a lot more more Blade Runner 2049 then Agronomy 101.

Better to create a food system that, while not necessarily promoting rare foods (fancy some Faroese air-fermented sheep meat? — thought not) will at least not drive such foods to extinction.

The argument is a little bit woolly here, as what the Faroe islanders get up to with their sheep is unlikely to have global consequences for the world’s food supply. Letting a crucial drought-resistant strain of wheat go extinct in a forgotten corner of Afghanistan, on the other hand, could have unimaginably dire consequences for us in the future.
Saladino’s grail is a food system with enough diversity in it to adapt to environmental change and withstand the onslaught of disease.

Is such a future attainable? Only to a point. Some wild foods are done for already because the high prices they command incentivize their destruction. If you want some of Baca’s prized and pungent bear root, native to a corner of Colorado, you’d better buy it now (but please, please don’t).

Rare cultivated foods stand a better chance. The British Middle White pig is rarer than the Himalayan snow leopard, says Saladino, but the stocks are sustainable enough that it is now being bred for the table.

Attempting to encompass the Sixth Extinction on the one hand, and the antics of slow-foodies like Mammel and Baca on the other is a recipe for cognitive dissonance. In the end, though, Saladino succeeds in mapping the enormity of what human appetite has done to the planet.

Saladino says we need to preserve rare and forgotten foods, partly because they are part of our cultural heritage, but also, and more hard-headedly, so that we can study and understand them, crossing them with existing lines to shore up and enrich our dangerously over-simplified food system. He’s nostalgic for our lost food past (and who doesn’t miss apples that taste of apples?) but he doesn’t expect us to delete Deliveroo and spend our time grubbing around for roots and berries.

Unless of course it’s all to late. It would not take many wheat blights or avian flu outbreaks before slow food is all that’s left to eat.