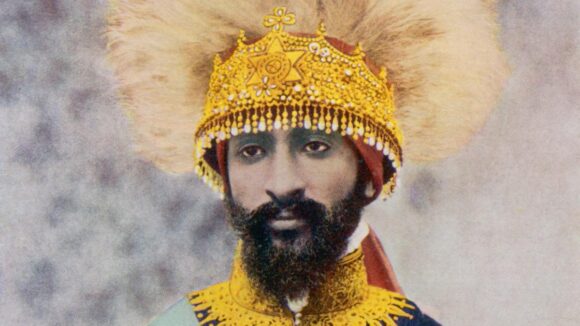 He is a prince of Greece – but he is not Greek. He is a man of Danish, German and Russian blood, but he springs from none of those places. Who is he? Prince Philip, of blessed memory, consort of Queen Elizabeth II? Or is he – as a handful of her subjects, half a world away, would have it – the son of Vanuatu’s volcano god Kalbaben?

Essayist Anna Della Subin wants you to understand why you might mistake a man for a god; why this happens more often than you’d think; and what this says about power, and identity, and about colonialism in particular.

Early proofs of Accidental Gods arrived on my doormat on Tuesday 2 November, the same day QAnon believers gathered in Dallas’s Dealey Plaza to await the resurrection of JFK’s son John (dead these 20 years). So: don’t sneer. This kind of thing can happen to anyone. It can happen now. It can happen here.

Men have been made divine by all manner of people, all over the world. Ranging widely across time and space, Accidental Gods is a treat for the adventurous armchair traveller, though a disconcerting one. We are reminded, with some force, that even the most sophisticated-seeming culture exists, by and large, to contain ordinary human panic in the face of an uncaring cosmos.

After the second world war, during the Allied occupation, ordinary Japanese folk plied American General Douglas MacArthur with lotus roots and dried persimmons, red beans, rice cakes, bonsai trees, walking sticks, samurai swords, deerskins, a kimono, and much else besides. These were offerings, explicitly made to a newcomer God. Now, we more often talk about them as acts of gratitude and respect. This is just ordinary decency — why would one poke fun at a land one has already nuked, defeated, and occupied? Japan’s written historical record lets us focus on the Meiji dynasty’s politics while drawing a veil over its frankly embarrassing theology.

But not everyone has such a rich political account of themselves to hide behind. In the early 1920s Hauka mediums in Niger, central Africa, were possessed by the spirits of their European conquerors. Their zombified antics were considered superstitious and backward. But were they? They managed, after all, to send up the entire French administration. (“In the absence of a pith helmet,” we are told, “they could fashion one out of a gourd”.) In the Congolese town of Kabinda, meanwhile, the wives of shamanic adepts found themselves channelling the spirits of Belgian settler wives. Their faces chalked and with bunches of feathers under their arms (“possibly to represent a purse”) they went around shrilly demanding bananas and hens.

Western eye-witnesses of these events weren’t at all dismissive; they were disturbed. One visitor, reporting to parliament in London in or before 1886, said these people were being driven mad by the experience of colonial subjection. Offerings made to a deified British soldier in Travancore, at India’s southernmost point were, according to this traveller, “an illustration of the horror in which the English were held by the natives.”

But what if the prevailing motive for the white man’s deification was “not horror or dislike, but pity for his melancholy end, dying as he did in a desert, far away from friends”? That was the contrary opinion of a visiting missionary, and he may have had a point: across the subcontinent, “the practice of deifying humans who had died in premature or tragic ways was age-old,” Subin tells us.

Might the “spirit possessed” just have been having a laugh? Again: it’s possible. In 1864, during a Māori uprising against the British, Captain P. W. J. Lloyd was killed, and his severed head became the divine conduit for the angel Gabriel, who, among other fulminations, had not one good word to say about the Church of England.

Subin shows how, by creating and worshipping powerful outsiders, subject peoples have found a way to contend with an overwhelming invading force. The deified outsider, be he a British Prince or a US general, Ethiopian emperor Haile Selassie or octogenarian poet Nathaniel Tarn, “appears on every continent on the map, at times of colonial invasion, nationalist struggle and political unrest.”

This story is as much about the colonisers as the conquered, as much about the present as the past, showing how the religious and the political shade into each other so that “politics is ever a continuation of the sacred under a new name”. Perhaps this is why Subin, while no enthusiast of Empire, takes aim less at the soldiers and settlers and missionaries – who at least took some personal risk and kept their eyes open – than at the academics back home in Europe, and in particular the intellectual followers and cultural descendents of German philologist Freidrich Max Müller, founder of the science of comparative religion. Their theories imposed, on wholly unrelated belief systems, a set of Protestant standards that, among other things, insisted on the insuperable gulf between the human and the divine. (Outside of Christian Europe, this divide hardly exists, and even Catholics have their saints.)

So Europe’s new-fangled science of religion “invented what it purported to describe”, ascribing “belief” to all manner of nuanced behaviours that expressed everything from contempt for the overlord to respect for the dead, to simple human charity. Subin quotes contemporary philosopher Bruno Latour: “A Modern is someone who believes that others believe.”

Subin sings a funeral hymn to religions that ossified. Writing about the catastrophic Partition of India along religious lines, she writes, “There was no place within this modern taxonomy for the hundreds of thousands who labeled themselves ‘Mohammedan Hindus’ on a 1911 census, or for those who worshipped the prophet Muhammad as an avatar of Vishnu.”

Accidental Gods is a playful, ironic, and ambiguous book about religion, at a time when religion – outside of Dealey Plaza – has grown as solemn as an owl. It’s no small achievement for Subin to have written something that, even as it explores the mostly grim religious dimensions of the colonial experience, does not reduce religion to politics but, to the contrary, leaves us hankering, like QAnon’s unlovely faithful, for a wider, wilder pantheon.