On July 21, 1969 two astronauts set foot on the moon; far below, in ravaged Mozambique, a young revolutionary is murdered by a package bomb.

Strung like webs between these two unconnected events are three lives: Anthony Burden, a mathematical genius destroyed by the beauty of numbers; Saul Cogan, transformed from prankster idealist to trafficker in the poor and dispossessed; and Stacey Chavez, ex-teenage celebrity and mediocre performance artist, hungry for fame and starved of love. All are haunted by Nick Jinks, a man who sows disaster wherever he goes. As a grid of connections emerges between a dusty philosophical society in London and an African revolution, between international container shipping and celebrity-hosted exposés on the problems of the Third World, The Weight of Numbers sends the spectres of the baby boom’s liberal revolutions floating into the unreal estate of globalization and media overload—

You can pick up a paperback of The Weight of Numbers

at Amazon.co.uk. Anyone who wants the first edition can fill their boots here

.  And there’ll be a Kindle version along in a little while.

Read more about this book 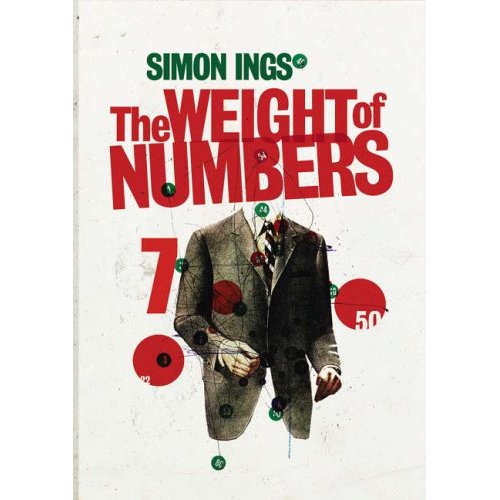