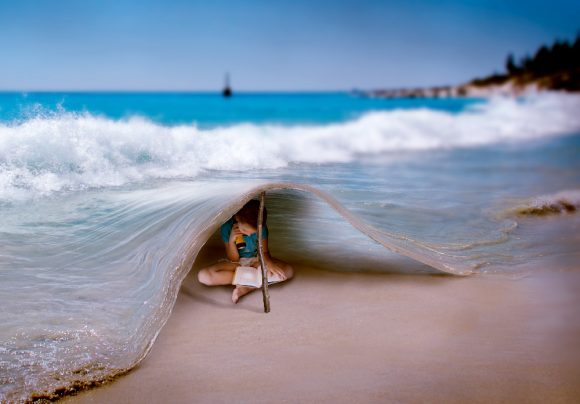 A critical survey of climate fiction for The Bookseller, 18 October 2021

A genre to contain our imaginative responses to climate change was only ever going to be a house built of straw. Climate change is not like any other problem — the nuclear threat, say, or the hole in the ozone layer, or big tobacco, or big pharma. We are used to satirising, vilifying and sometimes even explaining and humanising our societal mistakes. But our species’ role in the earth’s average temperature rise isn’t, in any meaningful sense, either an accident or an oversight; nor is it a deliberate act of malevolence or of willful blindness. It’s a wicked problem, embracing generations living and dead and still to be born, implicating everyone on earth, and calling into question every stab we’ve ever made at progress.

Calling attention to the problem has been the easy bit. We had tools we could use. Science fiction, in particular, had over half a century’s experience exploring risks of all kinds, not all of them goofy or existential, when George Turner’s The Sea and Summer (1987) turned a generation of SF readers on to the firestorms to come.

The work we these days most easily classify as “climate fiction” has hardly got beyond that early, siren-sounding stage. That sounds like a problem, but I’m not sure it is one. Promoting a genre means giving it clear lines and simple definitions. Of course work labelled “cli-fi” remains wedded to an essentially dystopic view of the future: those are the rules we set for it. Nor, come to that, is there anything wrong with informing emerging generations of the problems they must face. Marcus Sedgwick and Paolo Bacigalupi and their peers have built worthwhile careers on this minatory effort. There’s no point complaining about how “cli-fi” aestheticises the disasters it depicts. Artists communicate through beauty, not disgust. (Go look at Goya, if you don’t believe me.)

And there has been progress. The genre’s brief has widened. The Swan Book by Australian Aboriginal author and land rights activist Alexis Wright (2013) highlights how the colonial abuse of peoples goes hand in hand with the land’s exhaustion. Cherie Dimaline’s The Marrow Thieves (2017) would have us stop treating the world as a series of problems to be solved.

This approach, it is true, has less appeal for those of us who have more of our lives to look back on than to look forward to. For us, solutions to the End Times can’t come quickly enough.

Bruce Sterling’s Viridian Design Movement and Neal Stephenson’s Hieroglyph Project promised to amass fictional thought experiments to solve our difficult future. Though their calls for submissions of socially useful fiction were directed at younger writers from diverse backgrounds, they were, in essence, activities aimed at old western men in a hurry. These projects fell short of their promise, but not, I think, because they tried to be positive, and not because they came from an unfashionable corner of the culture. They failed *because fiction is the wrong tool for that kind of work*. Fiction is — let’s be frank here — a lousy container for thought.

One of the most successful climate-engaged books of the last couple of years, Richard Powers’s The Overstory, is, dramatically speaking, also one of the most underwhelming: little more than an animated Wikipedia trawl through contemporary abuses in the forestry sector. James Bradley contracts a milder version of the same disease in his recent novel Ghost Species (2021): a thinly fictionalised series of opinion pieces on the role of synthetic biology in addressing biome loss.

These books are symptoms of our moment, not shapers of it, and that’s because fiction undermines received opinion far more effectively than it establishes it. It’s a solvent, not a glue. Far more influential on the cli-fi scene are David Mitchell’s Cloud Atlas (2004) and Margaret Atwood’s Maddaddam trilogy — works that, significantly, leave us questioning the very idea that climate solutions are possible.

Writers! Let’s leave dealing with climate change to the grown-ups, and go back to our proper job: teasing out what it feels like to be in a climate crisis.

Yun Ko-eun’s 2020 satire The Disaster Tourist describes an economy geared to our appetite for disaster. Gathering Evidence by Martin MacInnes and The Rain Heron by Robbie Arnott (both 2020) spin twisted eco-fables thick with guilt and dripping with cognitive dissonance. Jeff Vandermeer dons the motley of a private eye to solve the murder of the Earth in Hummingbird Salamander (2021); and Laura Jean Mckay gives our doomed biome a voice in The Animals in That Country (2020).

These books and others are at last addressing the subjective experience of climate change. That’s vital psychological work, and socially useful with it: you can throw facts at our heads all day long, but people will deny and avoid that which they cannot feel.

Meanwhile, within science fiction and the high-concept thriller, and from out of the recent glut of “dystopian” fiction, a much keener, cleverer, more properly fictional approach is emerging to address the climate crisis.

It’s the creeping uncanny of the coming apocalypse that’s engaging the current wave of climate-engaged writers. Under the Blue by Oana Aristide and This Fragile Earth by Susannah Wise both exploit the fact that anything on the scale of a climate disaster is going to be slow. Civilisation will collapse, but the shelves won’t empty overnight, and the flood insurance won’t bankrupt you just yet. Wise goes even further, projecting beyond climate disaster towards a workable new world. All around us, the city’s 3D-printed buildings are spiralling into being, while a few hardy saplings in the derelict neighbourhood park are “evidence of the blight’s end”. Whether Wise’s heroine will ever be able to wrap her pre-apocalyptic head around this post-apocalyptic future is, however, uncertain.

In the Goldsmiths-winning The Sunken Land Begins to Rise Again (2020), to take an even more powerful example, M John Harrison leads his readers around the archaeological leavings of Ironbridge picking his way between the foetuses of discarded genetic experiments spilling from the back of an aquarium shop. This is a world where current tools and technology can find no purchase in a reality that’s already wedded to the future.

This new crop of climate fiction won’t, after all, help us save tomorrow — but it will, and for the first time, help us picture it. For as long as they were wedded to what might happen in the future, writers of climate fiction could only amount to a bunch of Cassandras, trumpeting their own importance. Now they are feeding on much richer meat. Cli-fi has stuck its teeth into the present.