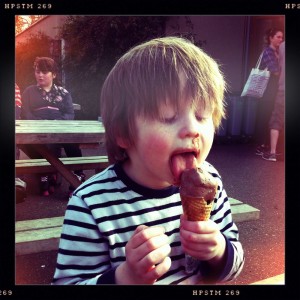 Parentology: Everything you wanted to know about the science of raising children but were too exhausted to ask by Dalton Conley
and
It’s Complicated: The social lives of networked teens by Danah Boyd
reviewed for New Scientist

As early as page 14 of Parentology, a neonatologist explains to Conley that his sure-to-be-premature daughter should stay in her mother’s womb as long as possible, since “each week is ten more points of IQ”. Conley was furious. “A spark of rage landed on my sleeve. An urge to grab the doctor’s head and bash it against the sharp corner of the sonogram machine seized hold… I wanted to smash his head one time for every IQ point,” he recalls.

For all its insightful, funny, fully researched, conscientiously cited, Freakonomics approach to science and statistics, what really powers Parentology is a species of loving rage. The numbers teach us a great deal about what parents cannot do, cannot change and cannot help. However, we learn something quite different and very valuable from Conley. Love, care, interest and empathy won’t change a child’s chances, but they render most of the measures discussed in this book profoundly unimportant.

By all means keep score – it’s a tough world out there, and your kids need all the help they can get. But if you measure your worth as a parent by the numbers, you’ve missed the point of the enterprise.

If parenting is about learning how little influence we have over people and events, then pity also the youths interviewed by Boyd for It’s Complicated. Patronised, legally marginalised and even subject to curfew, US teenagers – to hear Boyd tell it – have but one means to engage with the outside world: via the imperfect medium of the computer screen. “Obsessed” with social media, they are simply trying to recreate, for themselves and each other, a social space denied to them by anxious parents, hostile civic authorities and a mass media bent on exaggerating every conceivable outdoor danger.

Of course, a life online is not simply a life lived behind glass. There are serious problems with social media: chiefly, the obstacle they present to self-reinvention, and the ease with which bullies can weaponise them.

But Boyd has little time for technological determinism. Her fieldwork with worried-well parents and their kids reveals the fault is not in our computers but in ourselves, that we scare our kids into their bedrooms, then spy on them constantly once they’re there. And she marshals a huge body of sociological evidence, anecdotal and statistical, to support this.

Parents, you’ve had your chance. Of course you blew it. Now leave the kids alone.