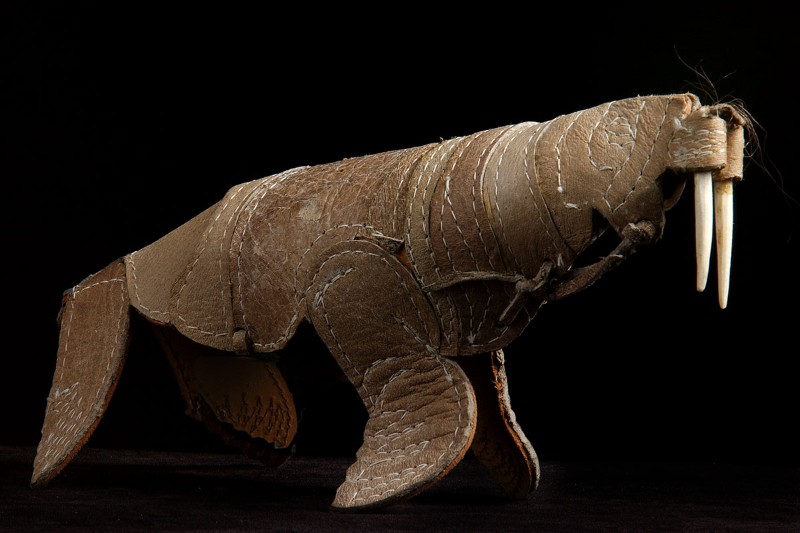 It’s part walrus, part human. This is the first picture released of a controversial sculpture made from human skin combined with leather, complete with tusks made from animal bone from the 1960s. “Whiskers” of human hair are also attached near its nose.

Created by US artist Andrew Krasnow, Walrus Souvenir, which is based on a pattern from a leather craft hobby kit, incorporates some of the artist’s own skin. “The rest was obtained from skin donors in the 1980s who gave their living consent,” he says.

Completed in 2000, the walrus was first exhibited in the US in response to then president George W. Bush’s recommendation to start exploratory oil drilling in the Arctic National Wildlife Refuge. The recently released photo allows the piece to be seen by the rest of the world for the first time.

Although Krasnow was originally targeting the Bush administration’s obsession with uncertainties around climate change, he now hopes Walrus Souvenir will serve to highlight the global scale of the problem. His sculpture alludes to the interconnection between human and other animal life, raising the possibility that human handiwork may one day lead to the extinction not only of the walrus, but of humanity itself, he says.

Over the years, Krasnow’s bleak and uncompromising view of US political history has landed him in just as much trouble as the human skin used in his artwork. The irony of having exhibitions rejected in the 1980s, when prior to the NAGPRA Act the US government held about 15,000 indigenous human remains without the communities’ permission, isn’t lost on him. “In terms of purposeful intent, the only agenda I have in mind for this piece is that it does some good,” he says.

The GV Art gallery in London is hoping to exhibit the walrus later this year, once they obtain permission from the UK’s Human Tissue Authority.