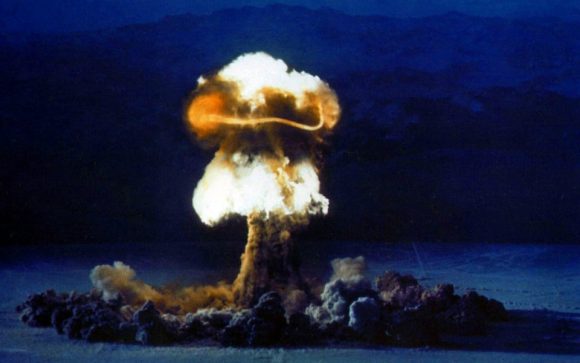 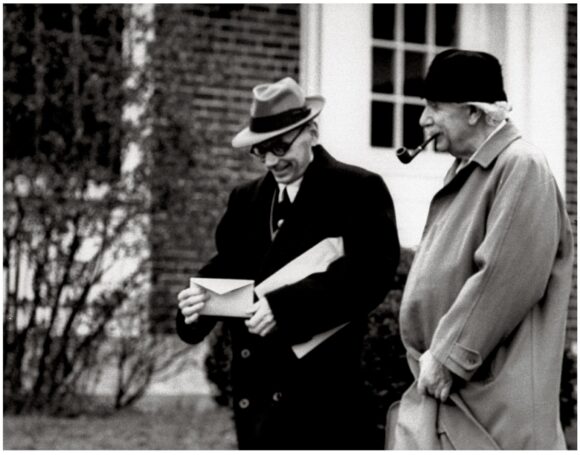 Reading Journey to the Edge of Reason: The Life of Kurt Gödel by Stephen Budiansky for the Spectator, 29 May 2021

The 20th-century Austrian mathematician Kurt Gödel did his level best to live in the world as his philosophical hero Gottfried Wilhelm Leibnitz imagined it: a place of pre-established harmony, whose patterns are accessible to reason.

It’s an optimistic world, and a theological one: a universe presided over by a God who does not play dice. It’s most decidedly not a 20th-century world, but “in any case”, as Gödel himself once commented, “there is no reason to trust blindly in the spirit of the time.”

His fellow mathematician Paul Erdös was appalled: “You became a mathematician so that people should study you,” he complained, “not that you should study Leibnitz.” But Gödel always did prefer study to self-expression, and is this is chiefly why we know so little about him, and why the spectacular deterioration of his final years — a fantasmagoric tale of imagined conspiracies, strange vapours and shadowy intruders, ending in his self-starvation in 1978 — has come to stand for the whole of his life.

“Nothing, Gödel believed, happened without a reason,” says Stephen Burdiansky. “It was at once an affirmation of ultrarationalism, and a recipe for utter paranoia.”

You need hindsight to see the paranoia waiting to pounce. But the ultrarationalism — that was always tripping him up. There was something worryingly non-stick about him. He didn’t so much resist the spirit of the time as blunder about totally oblivious of it. He barely noticed the Anschluss, barely escaped Vienna as the Nazis assumed control, and, once ensconced at the Institute for Advanced Study at Princeton, barely credited that tragedy was even possible, or that, say, a friend might die in a concentration camp (it took three letters for his mother to convince him).

Many believed that he’d blundered, in a way typical to him, into marriage with his life-long partner, a foot-care specialist and divorcée called Adele Nimbursky. Perhaps he did. But Burdiansky does a spirited job of defending this “uneducated but determined” woman against the sneers of snobs. If anyone kept Gödel rooted to the facts of living, it was Adele. She once stuck a concrete flamingo, painted pink and black, in a flower bed right outside his study window. All evidence suggests he adored it.

Idealistic and dysfunctional, Gödel became, in mathematician Jordan Ellenberg’s phrase, “the romantic’s favourite mathematician”, a reputation cemented by the fact that we knew hardly anything about him. Key personal correspondence was destroyed at his death, while his journals and notebooks — written in Gabelsberger script, a German shorthand that had fallen into disuse by the mid-1920s — resisted all-comers until Cheryl Dawson, wife of the man tasked with sorting through Gödel’s mountain of posthumous papers — learned how to transcribe it all.

Biographer Stephen Budiansky is the first to try to give this pile of new information a human shape, and my guess is it hasn’t been easy.

Burdiansky handles the mathematics very well, capturing the air of scientific optimism that held sway over the intellectual Vienna and induced Germany’s leading mathematician David Hilbert to declare that “in mathematics there is *nothing* unknowable!”

Solving Hilbert’s four “Problems of Laying Foundations for Mathematics” of 1928 was supposed to secure the foundations of mathematics for good, and Gödel, a 22-year-old former physics student, solved one of them. Unfortunately for Hilbert and his disciples, however, Gödel also proved the insolubility of the other three. So much for the idea that all mathematics could be derived from the propositions of logic: Gödel demonstrated that logic itself was flawed.

This discovery didn’t worry Gödel nearly so much as it did his contemporaries. For Gödel, as Burdiansky explains, “Mathematical objects and a priori truth was as real to him as anything the senses could directly perceive.” If our reason failed, well, that was no reason to throw away the world: we would always be able to recognise some truths through intuition that could never be established through computation. That, for Gödel, was the whole point of being human.

It’s one thing to be a Platonist in a world dead set against Platonism, or an idealist in the world that’s gone all-in with materialism. It’s quite another to see acts of sabotage in the errors of TV listings magazines, or political conspiracy in the suicide of King Ludwig II of Bavaria. The Elysian calm and concentration afforded Gödel after the second world war at the Institute of Advanced Study probably did him more harm than good. “Gödel is too alone,” his friend Oskar Morgenstern fretted: “he should be given teaching duties; at least an hour a week.”

In the end, though, neither his friendships nor his marriage nor that ridiculous flamingo could tether to the Earth a man who had always preferred to write for his desk drawer, and Burdiansky, for all his tremendous efforts and exhaustive interrogations of Godel’s times and places, acquaintances and offices, can only leave us, at the end, with an immeasurably enriched version of Gödel the wise child. It’s an undeniably distracting and reductive picture. But — and this is the trouble — it’s not wrong.