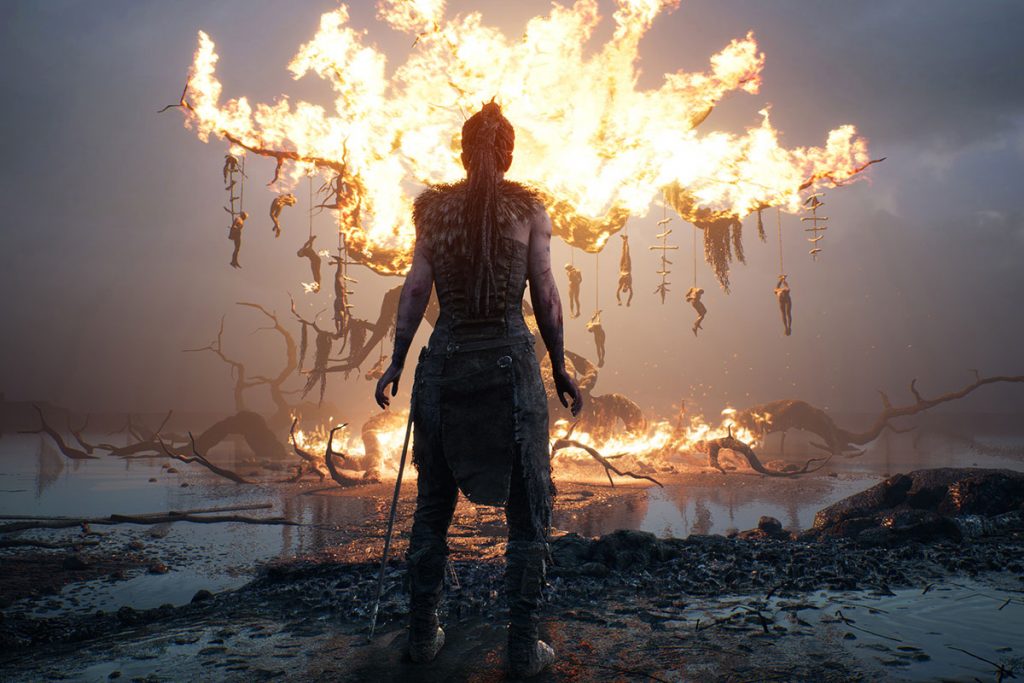 You are Senua, a Pictish outcast whose lover has been sacrificed to the gods by homicidal Norse invaders. To release his spirit, you must enter Hel, their underworld.

But is this all real?

Three years ago, Paul Fletcher, a psychiatrist at the Behavioural and Clinical Neuroscience Institute in Cambridge, UK, took a call from games company Ninja Theory. The firm wanted help creating a character who suffered from severe psychosis.

“My defences were up,” Fletcher admits, “but quickly I realised I was in serious company. We started by discussing the kinds of hallucinations people experience, and within two or three sessions we were into the neuroscience.”

Senua’s world blurs as she moves. The walls crawl as she passes. When she looks in her mirror, the wrong voice comes screaming out of her reflected mouth. “But more interesting,” recalls Ninja Theory’s co-founder Tameem Antoniades, “was the way someone in psychosis will make sense of their world by making associations: ones that outsiders might find very strange.”

Players will enjoy the way that runic images and the features of Senua’s landscape conjoin in perspectival games that further or frustrate her progress. And there are incidental delights: at one point, the embers of a distant fire pulse to the rhythm of Senua’s breathing.

Hellblade is more than a journey through a hallucinatory landscape (and hallucinatory it is, passing from flaming killing fields through sun-kissed meadows to a corridor of withered arms). It’s about a rational hero desperately trying to make sense of her world. “Most of us are pretty bad at that,” Fletcher points out.

He’s referring to a paper he co-wrote a couple of years ago, showing that people in the very early stages of psychosis are actually better at interpreting ambiguous visual information (think spotting the Dalmatian illusion, in which you see a dog image from the dots) than the rest of us. “Someone — I’ve never been able to find out who — said that perception is controlled hallucination. This is true. You bring what you know to bear on what you sense. That is how we recognise things.”

Not all people who experience hallucinations consider them a problem. Some who hear voices, for example, have joined networks dedicated to removing the social stigma attached to the phenomenon. “A lot of people suffer not because of the content of their hallucination, but because of being ostracised,” Fletcher says.

At the same time, games are becoming increasingly immersive. Hellblade’s binaural soundtrack, placing Senua’s intrusive voices in distinct locales for the player, is a case in point. Fletcher’s hope is that psychiatrists and designers can work together to create immersive environments tailored to the needs of specific individuals.

“Avatar therapy“, which uses a screen-based, computer-generated figure to represent, normalise and quell an aggressive intrusive voice, is already proving its clinical worth.

For Antoniades, meanwhile, “video games are becoming alternate digital realities”. Hellblade’s 8 hours of gameplay are a gruelling experience, made compelling by a staggering motion-capture performance by Melina Juergens, a freelance video editor who was initially just filling in for a “real” actress.

Certain players will find the game rather restrictive, and some of those limits are imposed by the psychological realism. Senua’s demons are consistent, staying more or less the same. Psychosis is not a variety show

It’s worth noting, though, that the game’s most traditional element is also its most radical: while Senua may be in the throes of psychosis, she is also a hero.