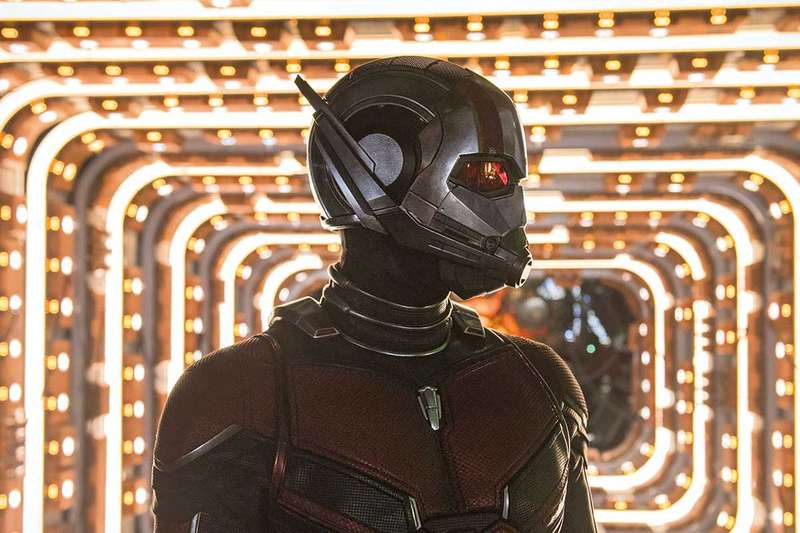 AFTER a spectacular false start, the heroes of Anthony and Joe Russo’s Avengers: End Game gather around a cobbled-together time machine. They’re out to stop Thanos, a supervillian whose solution to the universe’s resource depletion problem is to annihilate half of all life.

Stopping Thanos will not be easy, since the film — the capstone on 21 other interconnected movies in the Marvel cinematic universe — opens with Thanos having already achieved his goal. Many of our favourite characters are already dead. Given that vases do not unbreak themselves, how then will the surviving Avengers bring half the world back to life?

Revisiting and resetting past narratives is a necessity for long-running drama franchises. And as the deceased Bobby Ewing discovered when he stepped out of his shower in 1986, erasing two whole seasons of Dynasty’s soapy story arc, it can be a hard pill for viewers to swallow.

You’d think science fiction franchises would have an easier time of it, armed as they are with all manner of P T Barnum tricks, but the truth’s more complicated. The world of the X-Men draws to a close this year with two films, Dark Phoenix and The New Mutants. The franchise’s constant, piecemeal reinventions have been sloppy, but only so as to stay half-way faithful to their even more sloppy comic-book sources. On the plus side, we’ve had the passage of time, and the price paid for wisdom, brought to life by the unaging, unkillable, and ever more excruciatingly lonely figure of Wolverine, played by Hugh Jackman.

From the always mindbending Doctor Who to the unforgettably weird final seasons of the Battlestar Galactica retread, it’s clear that you can tell truths about time, age, mortality, loss and regret in playful ways without ever opening a science textbook, and I wish to heaven someone had pointed this out to Star Trek, notorious for being the franchise where overblown popular science goes to die.

Since The Next Generation, Star Trek has saddled itself with a science bible that almost makes sense. And why not? Einstein’s equations do allow for the existence of time machines. And physicist Kip Thorne’s work in the 1980s on time-space wormholes does allow for the transmission of information through time. But hang on a minute: time machines aren’t practical, and the kind of messages you can actually send from the future aren’t ever going to be interesting, and the more you cite real science, the more you leave yourself open to people who begin sentences with phrases like “Yes but…” and “I think you’ll find…”

Avengers: Endgame’s hokey solution to time travel works far better, I reckon, by colliding two chunks of utter nonsense at high narrative speed. Take one master thief, Scott Lang (played by the always affable Paul Rudd), give him a suit that lets him shrink small enough to enter “the quantum realm”, point out (correctly) that at this scale time and space cease to mean very much, and hey presto, you have yourself a time machine powered entirely by jazz-hands and flim-flam. Smart-alec viewers can’t contradict the science, because there is no science here, and hasn’t been since 1899.

This was the year German theoretical physicist Max Planck evolved a model of the physical universe that relied upon ratios (which are timeless and universally true) rather than measurements (which depend upon who’s making the ruler). In the universe Planck drew up, the speed of light, the electromagnetic wave function, and the gravitational constant all have a value of 1. From this fiendish piece of dimensional analysis, you can work the shortest distance imaginable — the point at which the terms “here” or “there” cease to have meaning.

In a space smaller than the Planck length squared, information cannot exist — which is why a single photon entering a black hole, increases the area of the event horizon by 10-66 cm2. As Ant Man, understandably, did not say.

Anyone wanting a bloodless, contemporary vision of hell should visit Bermondsey, off London’s south bank, and boutique coffee shops that compete to pun on the word “espresso”, and smashed and discoloured prepubescent seventies nudes on old shop signs made modern antiques, and clothes made of 3D-printed string, and Pop-Up Shopping Events, and White Cube.

White Cube, with its high-gated, cobblestone forecourt expressly CAD-designed to accomodate the public executions of the future.

White Cube, passe and oppressive in the same breath, if you can call it a breath: one last, cripplingly painful act of agonal respiration as you wrench open the door and 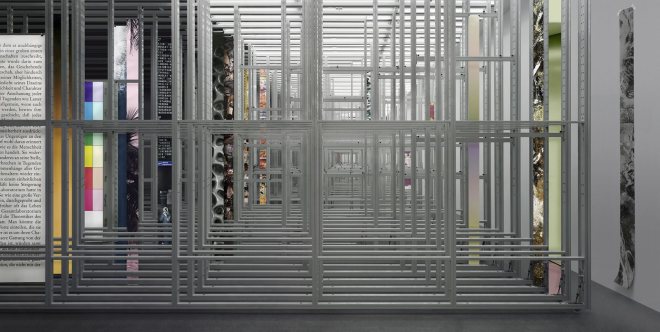 You’re in. Andrea Gursky is a German photographer whose large-scale photographic work perfectly conveys the human toll wreaked by buildings like this one. (The show’s on until 6 July.) A small, silhouetted human form seeks (and does not find) shelter from the brazen walls of an overlit cathedral-sized faux-gold microwave oven. The stairs and atrium of some presumably pleasant, publicly funded arts venue are collaged into a grotesquely outsize (always outsize) overlit (always overlit) Piranesi dungeon. Spiderman and Batman stand slightly out of kilter before collosal, oversimple seascapes and cityscapes, overwhelmed by the scale of things, turned to clowns.

Imagine turning on an extremely expensive wall-sized television and watching cancer developing in your own lung. This is not an oppressive show, so much as an oppressed one, and your abiding impression of the artist – assuming you can put aside his considerable reputation and the seven-figure prices fetched by his canvases – is of an intellectually sanctioned Roger Dean on a truly epic downswing.

And look – no, really look at this bloody travesty of a street. The sad and important thing about Gursky is not that he himself is sad, but that he is very obviously right.