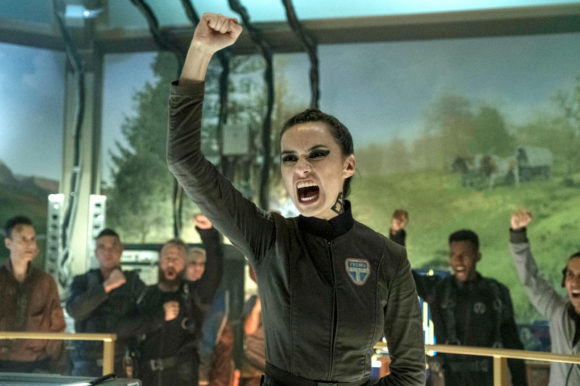 Daniel Abraham and Ty Franck began collaborating on their epic, violent, yet uncommonly humane space opera The Expanse in 2011 with the book Leviathan Wakes. The series of novels pits the all-too-human crew of an ice-hauler from Ceres against the studied realpolitik of a far-from-peaceful solar system. The ninth and final book is due out next year. Meanwhile, the TV series enters its fourth season, available on Amazon Prime from 13 December.

The Expanse began as a game, became a series of novels and ended up on television. Was it intended as a multimedia project?

Ty Franck Initially it was just a video game that didn’t work, then it evolved into a tabletop role-playing game.

Daniel Abraham And then books, and then a TV show. I think intention is a very bold word to use for any of this. It implies a certain level of cunning that I don’t think we actually have.

What inspired its complex plot?

TF I’m a big fan of pre-classical history. I pull a lot of weird Babylonian and Persian and Assyrian history into the mix. It’s funny how often people accuse you of critiquing current events. They’re like, ‘You are commenting on this elected politician!’ And I’m like, ‘No, that character is Nebuchadnezzar’.

How have the humans changed in your future? Or is their lack of change the point?

DA If you really want a post-human future, change humans so that they don’t use wealth to measure status. But then they wouldn’t be human any more. We are mean-spirited little monkeys, capable of moments of great grace and kindness, and that story is much more plausible to me and much more beautiful than any post-human tale.

TF I find that the books that I remember the longest, and the books that I’ve been most entertained by, are the ones where the characters are the most human, not the least human.

TF Exactly, and there you have an anti-hero called Gully Foyle. Gully is everything that we fear to be true about ourselves. He’s venal, and weak, and cowardly, and stupid, and mean. Watching him survive and become something more is the reason we’re still talking about that book today.

You began The Expanse nine years ago. What would you have done differently knowing what we know now about the solar system?

DA We would have made Ceres less rocky. We imagined a mostly mineral dwarf planet, and then it turned out there’s a bunch of ice on it. But this sort of thing is inevitable. You start off as accurate as possible, and a few years later you sound like Jules Verne. That the effort to get things right is doomed doesn’t take away from its essential dignity.

Other things have happened, too. Deepfake technology was still very speculative when we started writing this, and now it’s ubiquitous. One of our plot points in Book Three looks pretty straightforward now.

I don’t see many robots

DA We’re in real danger of miseducating people about the nature of artificial intelligence. Sci-fi tells two stories about AI: we made it and it wants to kill us, or we made it and we want it to love us. But AI is neither of those things.

TF What people mean is: where are the computers that talk and act like people? Robots are everywhere in The Expanse. But when you build a machine to do a job, you build it in a form that most efficiently does that job, and make it smart enough to do that job.

Is your future dystopian?

DA When Season One of the TV version came out in the US, we were considered very dystopian. Then the 2016 election brought Donald Trump to power, and suddenly we were this uplifting and hopeful show. Of course we’re neither. The argument the show makes is that humans are humans. We bumble through the future the way we bumbled through the past. What changes is technique: what we learn to do, and what we learn to make.

TF We don’t murder each other in a jealous rage with pointy sticks any more. Now we use guns. But the jealous rage and the urge to murder hasn’t gone away.

DA What we’ve managed to do is expand what it means to be a tribe. From a small group of people who are actually physically together…

DA …we’ve expanded to nation states and belief systems and…

DA The great success of humanity so far isn’t in abolishing tribalism, because we didn’t. It’s in broadening the size of the tribe over and over. Of course, there’s still work to be done there. 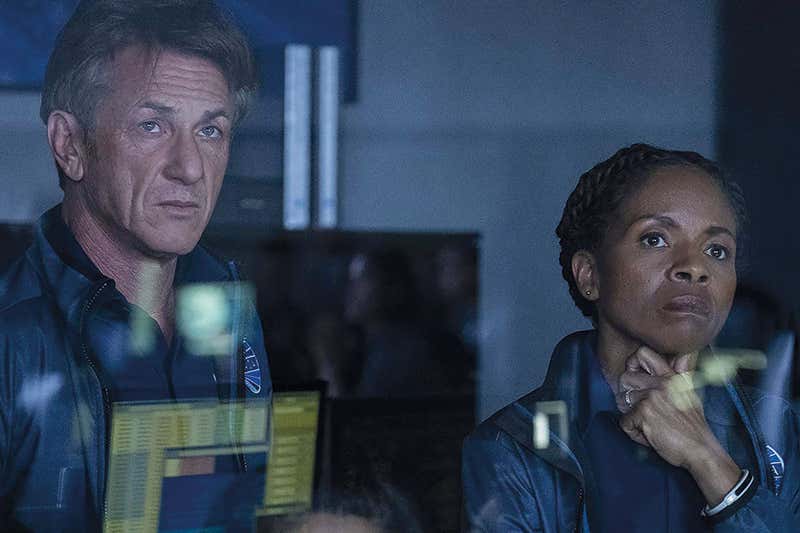