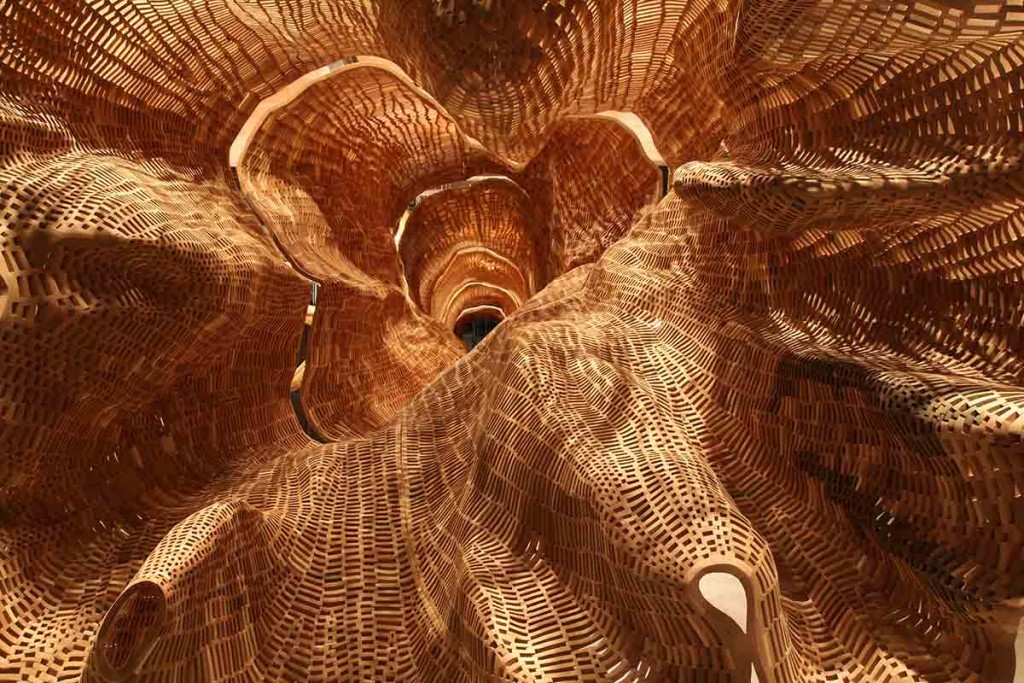 SEATTLE artist John Grade makes much of his ecological credentials when discussing Middle Fork – his 500,000-piece wooden sculpture of a 150-year-old giant hemlock. No trees were felled or harmed in its making, he says, although someone must once have fashioned the timber bridge from which the thumb-sized blocks of cedar were reclaimed.

Grade’s project is proudly lo-fi. Its 1:1 recreation of a living hemlock was made the old-fashioned way. Instead of using digital tools, Grade and his team preferred to make their mould by scaling the tree themselves to apply plaster.

Passers-by were welcome to drop by the MadArt studio in Seattle to stitch handcrafted blocks together over their mould. When the mould was removed, it revealed a physical manifestation of our cultural obsession with pixels, building blocks, Lego, Minecraft and other virtual approximations of nature.

Middle Fork is part of Wonder, an exhibition to celebrate the Renwick Gallery in Washington DC. The sculpture is both a salute to the gallery’s reopening after a two-year renovation, and an evocation of how, even when we try to tread lightly over Earth, we can’t resist a spot of weird tinkering. This hollow sculpture – so self-evidently natural, so glaringly artificial – might have been dragged fresh out of the uncanny valley.

And in a way, it was: after the exhibition, Grade’s sculpture will be laid to rot beside its original, next to the Middle Fork Snoqualmie river – in an area of Washington state made famous by Twin Peaks.