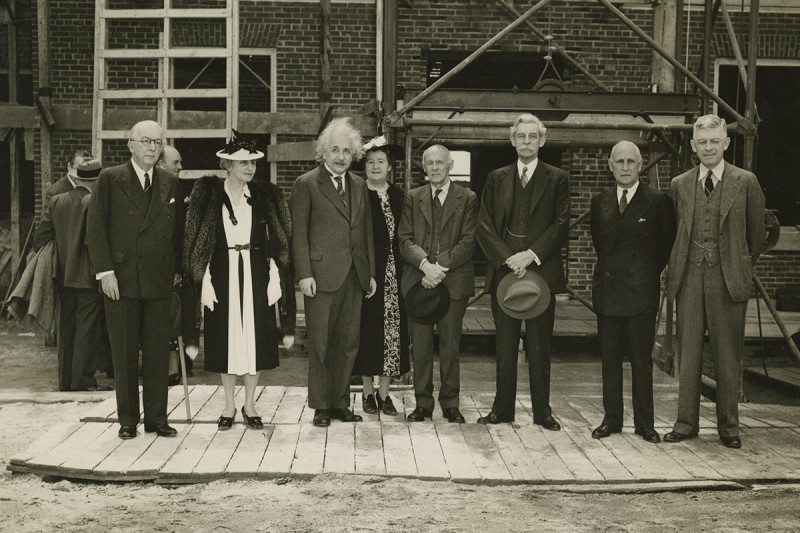 Reading The Usefulness of Useless Knowledge by Abraham Flexner, and Knowledge for Sale: The neoliberal takeover of higher education by Lawrence Busch for New Scientist, 17 March 2017

IN 1930, the US educator Abraham Flexner set up the Institute for Advanced Study, an independent research centre in Princeton, New Jersey, where leading lights as diverse as Albert Einstein and T. S. Eliot could pursue their studies, free from everyday pressures.

For Flexner, the world was richer than the imagination could conceive and wider than ambition could encompass. The universe was full of gifts and this was why pure, “blue sky” research could not help but turn up practical results now and again, of a sort quite impossible to plan for.

So, in his 1939 essay “The usefulness of useless knowledge”, Flexner listed a few of the practical gains that have sprung from what we might, with care, term scholastic noodling. Electromagnetism was his favourite. We might add quantum physics.

Even as his institute opened its doors, the world’s biggest planned economy, the Soviet Union, was conducting a grand and opposite experiment, harnessing all the sciences for their immediate utility and problem-solving ability.

During the cold war, the vast majority of Soviet scientists were reduced to mediocrity, given only sharply defined engineering problems to solve. Flexner’s better-known affiliates, meanwhile, garnered reputations akin to those enjoyed by other mascots of Western intellectual liberty: abstract-expressionist artists and jazz musicians.

At a time when academia is once again under pressure to account for itself, the Princeton University Press reprint of Flexner’s essay is timely. Its preface, however, is another matter. Written by current institute director Robbert Dijkgraaf, it exposes our utterly instrumental times. For example, he employs junk metrics such as “more than half of all economic growth comes from innovation”. What for Flexner was a rather sardonic nod to the bottom line, has become for Dijkgraaf the entire argument – as though “pure research” simply meant “long-term investment”, and civic support came not from existential confidence and intellectual curiosity, but from scientists “sharing the latest discoveries and personal stories”. So much for escaping quotidian demands.

We do not know what the tightening of funding for scientific research that has taken place over the past 40 years would have done for Flexner’s own sense of noblesse oblige. But this we can be sure of: utilitarian approaches to higher education are dominant now, to the point of monopoly. The administrative burdens and stultifying oversight structures throttling today’s scholars come not from Soviet-style central planning, but from the application of market principles – an irony that the sociologist Lawrence Busch explores exhaustively in his monograph Knowledge for Sale.

Busch explains how the first neo-liberal thinkers sought to prevent the rise of totalitarian regimes by replacing governance with markets. Those thinkers believed that markets were safer than governments because they were cybernetic and so corrected themselves. Right?

Wrong: Busch provides ghastly disproofs of this neo-liberal vision from within the hall of academe, from bad habits such as a focus on counting citations and publication output, through fraud, to existential crises such as the shift in the ideal of education from a public to a private good. But if our ingenious, post-war market solution to the totalitarian nightmare of the 1940s has itself turned out to be a great vampire squid wrapped around the face of humanity (as journalist Matt Taibbi once described investment bank Goldman Sachs), where have we left to go?