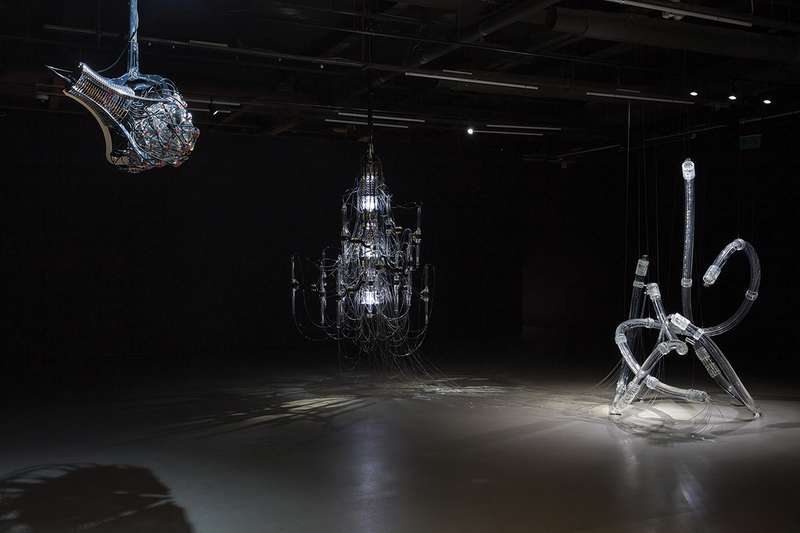 NOSTALGIA was not the first word that sprung to mind when I visited a show at London’s Korean Cultural Centre by South Korean artist Yunchul Kim. At first glance, indeed, Kim’s art appears intimidatingly modern.

The new pieces exhibited were inspired by his residency last year at the CERN particle physics laboratory near Geneva, Switzerland. They centre around photonic crystals, colloids and particle detectors, and are placed in the context of earlier work, featuring eviscerated hard drives, pencil sketches of fluid flows and a “chemical synthesiser” turning the electrical current flowing through a droplet of seawater into a cloud of sound.

But for the scientists who are Kim’s most committed audience (and eager collaborators), there is something wonderfully old-fashioned about the way he works. Kim’s studio in Seoul is full of materials: homemade ferrofluids, gels, metals, all kinds of reagents, acids and oils. While labs (and not a few artists’ studios) grow more sterile and digital, his workspace remains stubbornly wedded to stuff. The artist’s wry description of his practice – “touching, staring, waiting for things to dry” – captures something of science’s lost materiality.

Kim’s latest work (see) shows a contraption in three parts that turns cosmic rays into bubbles suspended in space, a copper-aluminium sludge, stirred by hidden magnetic orreries, and a shattered gelatin rainbow. What are these but the results of a strange science that is the outcome of some spectacularly purposeless noodling?

The physicists at CERN loved it, and Kim soon found out why: “I make all my own machinery, and so do they,” he says. “Their love of craft is everywhere, from the colour for their cabling to the careful labelling of everything.”

Kim’s art is a reminder that science isn’t just there to be useful. It is also a craft. It’s something humans do, and something that, when presented this well, we are bound to enjoy.