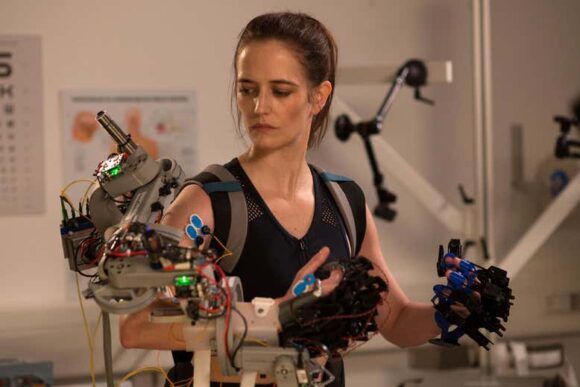 THE year before Apollo 11’s successful mission to the moon, Robert Altman directed James Caan and Robert Duvall in Countdown. The 1968 film stuck to the technology of its day, pumping up the drama with a somewhat outlandish mission plan: astronaut Lee Stegler and his shelter pod are sent to the moon’s surface on separate flights and Stegler must find the shelter once he lands if he is to survive.

The film played host to characters you might conceivably bump into at the supermarket: the astronauts, engineers and bureaucrats have families and everyday troubles not so very different from your own.

Proxima is Countdown for the 21st century. Sarah Loreau, an astronaut played brilliantly by Eva Green, is given a last-minute opportunity to join a Mars precursor mission to the International Space Station. Loreau’s training and preparation are impressively captured on location at European Space Agency facilities in Cologne, Germany – with a cameo from French astronaut Thomas Pesquet – and in Star City, the complex outside Moscow that is home to the Yuri Gagarin Cosmonaut Training Center. She is ultimately headed to launch from Baikonur in Kazakhstan.

Comparing Proxima with Countdown shows how much both cinema and the space community have changed in the past half-century. There are archaeological traces of action-hero melodramatics in Proxima, but they are the least satisfying parts of the movie. Eva Green is a credible astronaut and a good mother, pushed to extremes on both fronts and painfully aware that she chose this course for herself. She can’t be all things to all people all of the time and, as she learns, there is no such thing as perfect.

Because Proxima is arriving late – its launch was delayed by the covid-19 lockdown – advances in space technology have already somewhat gazzumped Georges Lechaptois’s metliculous location cinematography. I came to the film still reeling from watching the Crew Dragon capsule Endeavour lift off from Kennedy Space Center on 20 May.

That crewed launch was the first of its kind from US soil since NASA’s space shuttle was retired in 2011 and looked, from the comfort of my sofa, about as eventful as a ride in an airport shuttle bus. So it was hard to take seriously those moments in Proxima when taking off from our planet’s surface is made the occasion for an existential crisis. “You’re leaving Earth!” exclaims family psychologist Wendy (Sandra Hüller) at one point, thoroughly earning the look of contempt that Loreau shoots at her.

Proxima‘s end credits include endearing shots of real-life female astronauts with their very young children – which does raise a bit of a problem. The plot largely focuses on the impact of bringing your child to work when you spend half your day in a spacesuit at the bottom of a swimming pool. “Cut the cord!” cries the absurdly chauvinistic NASA astronaut Mike Shannon (Matt Dillon) when Loreau has to go chasing after her young daughter.

Yet here is photographic evidence that suggests Loreau’s real-life counterparts – Yelena Kondakova, Ellen Ochoa, Cady Coleman and Naoko Yamazaki – managed perfectly well on multiple missions without all of Proxima‘s turmoil. Wouldn’t we have been better off seeing the realities they faced rather than watching Loreau, in the film’s final moments, break Baikonur’s safety protocols in order to steal a feel-good, audience-pandering mother-daughter moment?

For half a century, movies have struggled to keep up with the rapidly changing realities of the space sector. Proxima, though interesting and boasting a tremendous central performance from Green, proves to be no more relevant than its forebears.