The artist Jenna Sutela normally divides her time between London and Helsinki, but she has spent the last four months at London’s Somerset House Studios, thanks to a residency with Google Arts & Culture. Here, she’s been either making a video, learning about computers, teaching artificial intelligences to dream, or mastering Martian. Perhaps all of the above. It depends who you speak to.

The artists Google invites to explore the potentials of its machine learning systems normally wind up in its lab in Paris. This time, however, Google engineer Damien Henry (the co-inventor, incidentally of the Google Cardboard VR headset) has been travelling to London to assist Sutela and her artistic mentor, the Turkish-born data artist Memo Akten, in a project that, the more you learn about it, resembles an alchemical operation more than a work of art.

Here – so far as I understand it – is the recipe.

Titled nimiia cétiï and on view in Somerset House Studios until 15 September, Sutela’s video installation is heavy-going at first, but well worth some close scrutiny. Everything you see and hear came from that petri dish: the landscape, the music, the alien script, even its eerily convincing Martian vocalisation. “There is,” Henry tells me with avuncular pride, “absolutely no scientific goal to this project whatsoever.”

The point being that Sutela is one of the first artists, if not the first, to appropriate the rules of machine learning entirely to her own ends. It’s a milestone of sorts. She’s not illustrating an idea, or demonstrating some technical capability. She’s using machine learning like a brush, to conjure up imaginary worlds.

Which is to take nothing away from nimiia cétiï‘s considerable technical achievement. Sutela is forcing her recurrent neural network to over-interpret its little petri dish-shaped world. We’re a long way from inventing a machine that sees pictures in a fire, but these results are certainly suggestive. 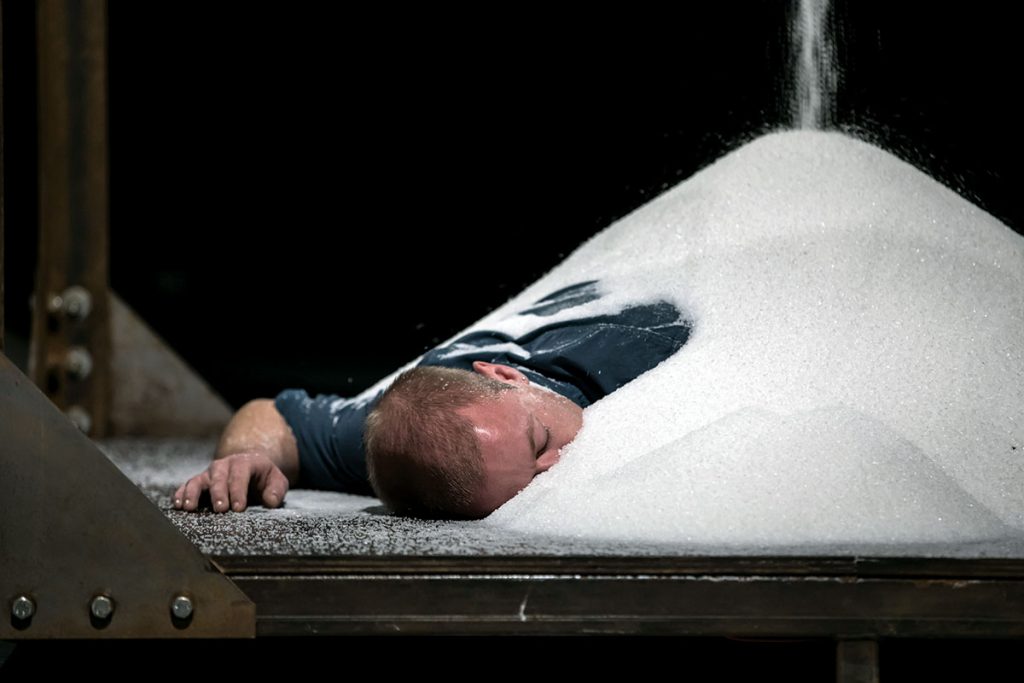