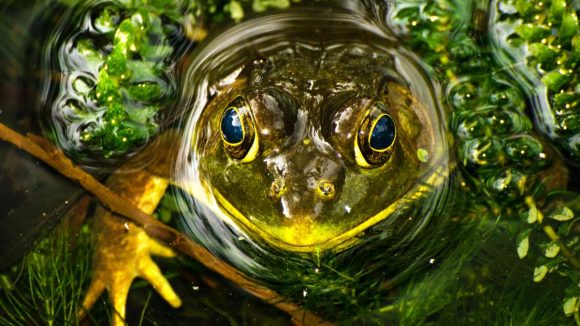 For over two thousand years, says science writer Susan Wedlich, quoting German historian Richard Hennig, maritime history has been haunted by mention of a “congealed sea”. Ships, it is said, have been caught fast and even foundered in waters turned to slime.

Slime stalks the febrile dreams of landlubbers, too: Jean-Paul Sartre succumbed to its “soft, yielding action, a moist and feminine sucking”, in a passage, lovingly quoted here, that had this reader instinctively scrabbling for the detergent.

We’ve learned to fear slime, in a way that would have seemed quite alien to the farmers of ancient Egypt, who supposed slime and mud were the base materials of life itself. So, funnily enough, did German zoologist Ernst Haeckel, a champion of Charles Darwin, who saw primordial potential in the gellid lumps being trawled from the sea floor by various oceanographic expeditions. (This turned out to be calcium sulphate, precipitated by the chemical reaction between deep-sea mud and alcohol used for the preservation of aquatic specimens. Haeckel never quite got over his disappointment.)

For Susan Wedlich, it is not enough that we should learn about slime; nor even that we should be entertained by it (though we jolly well are). Wendlich wants us to care deeply about slime, and musters all the rhetorical at her disposal to achieve her goal. “Does even the word “slime” have to elicit gagging histrionics?” she exclaims, berating us for our phobia: “if we neither recognize nor truly know slime, how are we supposed to appreciate it or use it for our own ends?”

This is overdone. Nor do we necessarily know enough about slime to start shouting about it. To take one example, using slime to read our ecological future turns out to be a vexed business. There’s a scum of nutrients held together by slime floating on top of the oceans. A fraction of a millimetre thick, it’s called the “sea-surface micro-layer”. Global warming might be thinning it, or thickening it, and doing either might be increasing the chemical transport taking place between air and ocean — or retarding it — to unknown effect. So there: yet another thing to worry about.

For sure, slime holds the world together. Slimes, rather: there are any number of ways to stiffen water so that it acts as a lubricant, a glue, or a barrier. Whatever its origins, it is most conspicuous when it disappears — as when overtilling of America’s Great Plains caused the Dust Bowl in 1933, or when the gluey glycan coating of one’s blood vessels starts to mysteriously shear away during surgery.

There was a moment, in the 1920s, when slime shed its icky materiality and became almost cool. Artists both borrowed from and inspired Haeckel’s exquisite drawings of delicate maritime invertebrates. And biologists, looking for the mechanisms underpinning memory and heredity, would have liked nothing more than to find that the newly-identified protoplasm within our every cell was recording, like an Edison drum, the tremblings of a ubiquitous, information-rich aether. (Sounds crazy now, but the era was, after all, bathing in X-rays and other newly-discovered radiations.)

But slime’s moment of modishness passed. Now it’s the unlovely poster-child of environmental degradation: the stuff that will fill our soon-to-be-empty oceans, “home only to jellyfish, algae and microbial mats”, if we don’t do something sharpish to change our ecological ways.

Hand in hand with such millennial anxieties, of course, come the usual power fantasies: that we might harness all this unlovely slime — nothing more than water held in a cage of a few long-chain polymers — to transform our world, providing the base for new materials and soft robots, “transparent, stretchable, locomotive, biocompatible, remote-controlled, weavable, wearable, self-healing and shape-morphing, 3D-printed or improved by different ingredients”.

Wedlich’s enthusiasm is by no means misplaced. Slime is not just a largely untapped wonder material. It is also — really, truly — the source of life, and a key enabler of complex forms. We used to think the machinery of the first cells must have risen in clay hydrogels — a rather complicated and unlikely genesis — but it turns out that nucleic acids like DNA and RNA can sometimes form slimes on their own. Life, it turns out, does not need a substrate on which to arise. It is its own sticky home.

Slime’s effective barrier to pathogens may then have enabled complex tissues to differentiate and develop, slickly sequestered from a disease-ridden outside world. Wedlich’s tour of the human gut, and its multiple slime layers, (some lubricant, some gluey, and many armed with extraordinary electrostatic and molecular traps for one pathogen or another) is a tour de force of clear and gripping explanation.

Slime being, in essence, nothing more than stiffened water, there are more ways to make it than the poor reader could ever bare to hear about. So Wedlich very sensibly approaches her subject from the other direction, introducing slimes through their uses. Snails combine gluey and lubricating slimes to travel over dry ground one moment, cling to the underside of a leaf the next. Hagfish deter predators by jellifying the waters around them, shooting polymers from their skin like so many thousands of microscopic harpoons. Some squid, when threatened, add slime to their ink to create pseudomorphs — fake squidoids that hold together just long enough to distract a predator. Some squid pump out whole legions of such doppelgangers.

Wedlich’s own strategy, in writing Slime, is not dissimilar. She’s deliberately elusive. The reader never really feels they’ve got hold of the matter of her book; rather, they’re being provoked into punching through layer after dizzying layer, through masterpieces of fin de siecle glass-blowing into theories about the spontaneous generation of life, through the lifecycles of carnivorous plants into the tactics of Japanese balloon-bomb designers in the second world war, until, dizzy and gasping, they reach the end of Wedlich’s extraordinary mystery tour, not with a handle on slime exactly, but with an elemental and exultant new vision of what life may be: that which arises when the boundaries of earth, air and water are stirred in sunlight’s fire. It’s a vision that, for all its weight of well-marshalled modern detail, is one Aristotle would have recognised.