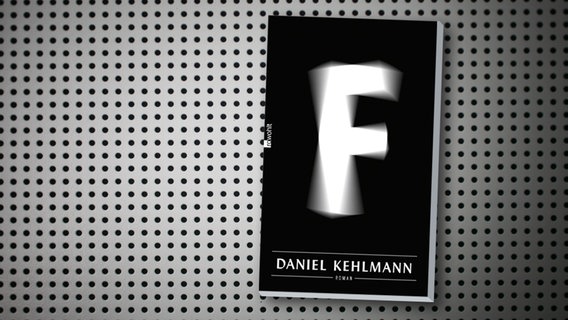 F by Daniel Kehlmann reviewed for the Guardian

It cannot be an easy thing to write a comic novel about the death of God. Still, the German novelist Daniel Kehlmann may just have pulled it off. “F” is the protagonist of a book within a book, the debut novel of Arthur Friedland, a rather disorganised buffoon who never had any success as a writer until an encounter with a hypnotist gave his life its chilly purpose: “This is an order, and you’re going to follow it because you want to follow it, and you want to because I’m ordering you, and I’m ordering you because you want me to give the order. Starting today, you’re going to make an effort. No matter what it costs. Repeat!”

My Name Is No One is so exuberantly nihilistic, its readers are throwing themselves off TV transmission towers. As Kehlmann says: “The sentences are well constructed, the narrative has a powerful flow, the reader would be enjoying the text were it not for a persistent feeling of somehow being mocked.”

If Kehlmann played this intertextual game to the hilt – if F itself were as unforgiving as Arthur’s novel – then we would be looking at a less important book, as well as a less enjoyable one: some Johnny-come-lately contribution to the French nouvelle vague. The spirit of Alain Robbe-Grillet, the movement’s greatest exponent, illuminates the scene in which Arthur takes his granddaughter to an art museum to study a picture by her missing uncle: “She stepped even closer, and immediately everything dissolved. There were no more people any more, no more little flags, no anchor, no bent watch. There were just some tiny bright patches of colour above the main deck. The white of the naked canvas shone through in several places, and even the ship was a mere assemblage of lines and dots. Where had it all gone?”

Sign up for Bookmarks: discover new books in our weekly email
Read more
There are many such moments, they are all as beautifully judged as this one, and they are not the point. The point of F is not its humour (though Kehlmann, like Robbe-Grillet, can be very funny indeed), but its generosity. Arthur’s three sons, in their turn, make superhuman efforts to give their lives significance, and these efforts tangle and trip over each other to generate the comic business of the book. The eldest, Martin, a Rubik’s Cube expert, embraces the priesthood despite his lack of faith. Of Arthur’s two sons by his second marriage, Eric enters the glass-and-steel world of high finance to help control his fear of cramped spaces. His twin brother, Ivan, is a would-be painter turned art dealer, and author of Mediocrity As an Aesthetic Phenomenon.

“When I was young, vain, and lacking all experience,” he recalls, “I thought the art world was corrupt. Today I know that’s not true. The art world is full of lovable people, full of enthusiasts, full of longing and truth. It is art itself as a sacred principle that unfortunately doesn’t exist.”

Advertisement
Ivan, like all the others, lives in a nihilistic universe, but he is not himself nihilistic. It worries him that the world cannot live up to his expectations and those of the people he admires. These people include his lover Heinrich Eulenboeck, an artist with a true calling but only mediocre ability. What kind of world is it that plays such a trick on a person? “How do you live with that, why do you keep on going?”

The answer seems to be love. In a godless world, love counts for a great deal. And failing love, ordinary human decency goes a long way. Since Kurt Vonnegut died, there has really been no one to tell us this; the reminder is welcome.

F is again translated by Carol Brown Janeway, but it is a better book than Kehlmann’s last, Fame, whose narrative gymnastics caused characters to lose or swap their identities, and even to topple into their own or other people’s fictions. Fame was knowing, driven by its own absurdity. F is about the world’s absurdity, and this makes a huge difference morally. The world is big, and ultimately unknowable, and life is short and memory pitifully limited.

In the absence of God, Kehlmann’s protagonists hold themselves to account, and they give themselves hell. Sometimes, they give each other hell. “Something terrible has happened and the people seem to be wanting to cover it up. If you were to look a little longer, hunt a little better for clues, you’d be able to figure it out, or at least you think so. But if you step back, the details disappear and all that remains is a colourful street scene: bright, cheerful, full of life.”

It is very hard to express how funny this all is. But laughter matters most in the dark.