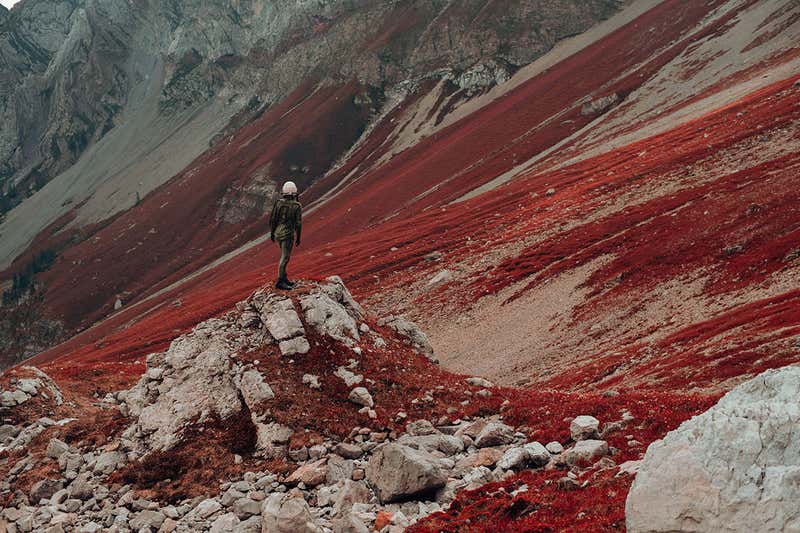 If you can imagine a world that is consistent with the laws of physics,” say physicist James Trefil and planetary scientist Michael Summers, “then there’s a good chance that it exists somewhere in our galaxy.”

The universe is dark, empty, and expanding, true. But the few parts of it that are populated by matter at all, are full of planets. Embarrassingly so: interstellar space itself is littered with hard-to-spot rogue worlds, ejected early on in their solar system’s history, and these worlds may outnumber orbiting planets by a factor of two to one. (Not everyone agrees: some experts reckon rogues may out-number orbital worlds 1000 to one. One of the reasons the little green men have yet to sail up to the White House, is that they keep hitting space shoals.)

Can we conclude, then, that this cluttered galaxy is full of life? The surprising (and frustrating) truth is that we genuinely have no idea. And while Trefil and Summers are obviously primed to receive with open arms any visitors who happen by, they do a splendid job, in this, their second slim volume together of explaining just how tentative and speculative our thoughts about exobiology actually are, and why.

Exoplanets came out in 2013; Imagined Life is a sort of sequel and is, if possible, even more accessible. In just 14 pages, the authors outline the physical laws constraining the universe. Then they rattle through the various ways we can define life, and why spotting life on distant worlds is so difficult (“For just about every molecule that we could identify [through spectroscopy] as a potential biomarker of life on an exoplanet, there is a nonbiological production mechanism.”). They list the most likely types of environment on which life may have evolved, from water worlds to Mega Earths (expect “normal fish… and stubby dinosaurs”), from tidally locked planets to wildly exotic (but by no means unlikely) superconducting rogues. And we haven’t even reached the meat of this tiny book yet – a tour, planet by imaginary planet, of the possibilities for life, intelligence, and civilisation in our and other galaxies.

Most strange worlds are far too strange for life, and the more one learns about chemistry, the more sober one’s speculations become. Water is common in the universe, and carbon not hard to find, and this is as well, given the relative uselessness of their nearest equivalents (benzene and silicon, say). The authors argue enthusiastically for the possibilities of life that’s “really not like us”, but they have a hard time making it stick. Carbon-based life is pretty various, of course, but even here there may be unexepected limits on what’s possible. Given that, out of 140 amino acids, only 22 have been recruited in nature, it may be that mechanisms of inheritance converge on a surprisingly narrow set of possibilities.

The trick to finding life in odd places, we discover, is to look not out, but in, and through. “Scientists are beginning to abandon the idea that life has to evolve and persist on the surface of planets” the authors write, laying the groundwork for their description of an aquatic alien civilisation for whom a mission to the ocean surface “would be no stranger to them than a mission to Mars is to us.”

I’m not sure I buy the authors’ stock assumption that life most likely breeds intelligence most likely breeds technology. Nothing in biology , or human history, suggests as much. Humans in their current iteration may be far odder than we imagine. But what the hell: Imagined Life reminds me of those books I grew up with, full of artists’ impressions of the teeming oceans of Venus. Only now, the science is better; the writing is better; and the possibiliities, being more focused, are altogether more intoxicating.