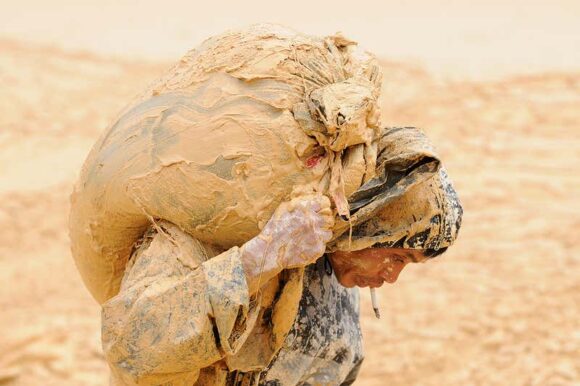 He’s neither a climate sceptic, nor a fan of inaction. But as the world begins to adopt a common target of net-zero carbon emissions by 2050, Pitron worries that we’re becoming selectively blind to the costs that effort will incur. His figures are stark. Changing our energy model means doubling rare metal production approximately every fifteen years, mostly to satisfy our demand for non-ferrous magnets and lithium-ion batteries. “At this rate,” says Pitron, “over the next thirty years we will need to mine more mineral ores than humans have extracted over the last 70,000 years.”

Before the Renaissance, humans had found a use for just seven metals. Over the course of the industrial revolution, this number increased to just a dozen. Today, we’ve found uses for all 86 of them, and some of them are very rare indeed. For instance, neodymium and gallium are found in iron ore, but there’s 1,200 times less neodymium and up to 2,650 times less gallium than there is iron.

Zipping from an abandoned Mountain Pass mine in the Mojave Desert to the toxic lakes and cancer villages of Baotou in China, Pitron weights the terrible price paid for refining such materials, ably blending his investigative journalism with insights from science, politics and business.

There are two sides to Pitron’s story, woven seamlessly together. First there’s the economic story, of how the Chinese government elected to dominate the global energy and digital transition, so that it now controls 95 per cent of the rare metals market, manufacturing between 80 to 90 per cent of the batteries for electric vehicles, and over half the magnets used in wind turbines and electric motors.

Then there’s the ecological story in which, to ensure success, China took on the West’s own ecological burden. Now 10 per cent of its arable land is contaminated by heavy metals, 80 per cent of its ground water is unfit for consumption and 1.6 million people die every year due to air pollution alone (a recent paper in The Lancet reckons only 1.24 million people die each year — but let’s not quibble.

China’s was a Faustian bargain, freely entered into, but it would not have been possible had Europe and the rest of the Western world not outsourced their own industrial activities, creating a world divided, as Pitron memorably describes it, “between the dirty and those who pretend to be clean”.

The West’s economic comeuppance is now at hand, as its manufacturers, starved of the rare metals they need, are coerced into taking their technologies to China. And we in the West really should have seen this coming: how our reliance on Chinese raw materials would quickly morph into a reliance on China for the very technologies of the energy and digital transition. (Piron tells us that without magnets produced by China’s ChengDu Magnetic Material Science & Technology Company, the United States’ F-35 fifth-generation stealth fighter cannot fly.)

By 2040, in our pursuit of ever-greater connectivity and a cleaner atmosphere, we will need to mine three times more rare earths, five times more tellurium, twelve times more cobalt, and sixteen times more lithium than we do today. China’s ecological ruination and its global technological dominance advance in lockstep, unstoppably — unless we start mining for rare metals ourselves — in the United States, Brazil, Russia, South Africa, Thailand, Turkey, and in the “dormant mining giant” of Pitron’s native France.

Better, says Pitron, that we attain some small shred of supply security, and start mining our own land. At least if mining takes place in the backyards of vocal First World consumers, they can agitate for (and pay for) cleaner processes. And nothing will change “so long as we do not experience, in our own backyards, the full cost of attaining our standard of happiness.” 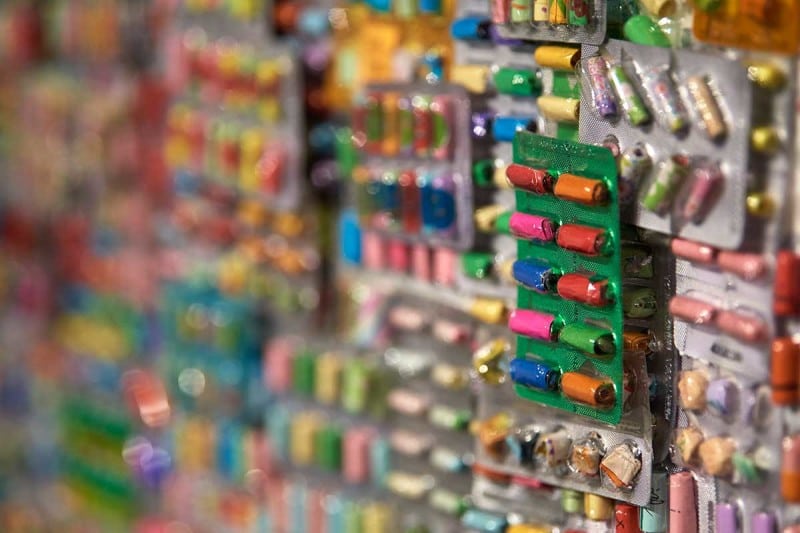