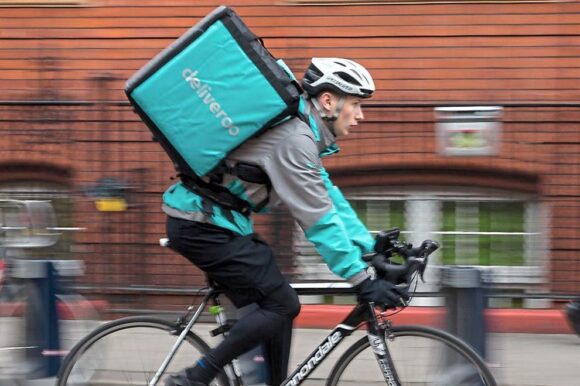 The Story of Work: A New History of Humankind by Jan Lucassen, reviewed for the Telegraph 14 August 2021

“How,” asks Dutch social historian Jan Lucassen, “could people accept that the work of one person was rewarded less than that of another, that one might even be able to force the other to do certain work?”

The Story of Work is just that: a history of work (paid or otherwise, ritual or for a wage, in the home or out of it) from peasant farming in the first agrarian societies to gig-work in the post-Covid ruins of the high street, and spanning the historical experiences of working people on all five inhabited continents. The writing is, on the whole, much better than the sentence you just read, but no less exhausting. At worst, it put me in mind of the work of English social historian David Kynaston; super-precise prose stitched together to create an unreadably compacted narrative.

For all its abstractions, contractions and signposting, however, The Story of Work is full of colour, surprise and human warmth. What other social history do you know writes off the Industrial Revolution as a net loss to music? “Just think of the noise from rattling machines that made it impossible to talk,” Lucassen writes, “in contrast to small workplaces or among larger troupes of workers who mollified work in the open air by singing shanties and other work songs.”

For 98 per cent of our species’ history we lived lives of reciprocal altruism in hunting-and-gathering clan groups. With the advent of farming and the formation of the first towns came surpluses and, for the first time, the feasibility of distributing resources unequally.

At first, conspicuous generosity ameliorated the unfairnesses. As the sixteenth-century French judge Étienne de la Boétie wrote: “theatres, games, plays, spectacles, marvellous beasts, medals, tableaux, and other such drugs were for the people of antiquity the allurements of serfdom, the price of their freedom, the tools of tyranny.” (The Story of Work is full of riches of this sort: strip off the narrative, and there’s a cracking miscellany still to enjoy.)

Lucassen diverges from the popular narrative (in which the invention of agriculture is the fount of all our ills) on several points. First, agricultural societies do not inevitably become marketplaces. Bantu-speaking agriculturalists spread across central, eastern and southern Africa between 3500 BCE and 500 CE, while maintaining perfect equality. “Agriculture and egalitarianism are compatible,“ says Lucassen.

It’s not the crops, but the livestock, that are to blame for our expulsion from hunter-gatherer Eden. If notions of private property had to arise anywhere, they surely arose, Lucassen argues, among those innocent-looking shepherds and shepherdesses, whose waterholes may have been held in common but whose livestock most certainly were not. Animals were owned by individuals or households, whose success depended on them knowing every single individual in their herd.

Having dispatched the idea that agriculture made markets, Lucassen then demolishes the idea that markets made inequality. Inequality came first. It does not take much specialism to arise within a group before some acquire more resources than others. Managing this inequality doesn’t need anything so complex as a market. All it needs is an agreement. Lucassen turns to India, and the social ideologies that gave rise, from about 600 BC, to the Upanishads and the later commentaries on the Vedas: the evolving caste system, he says, is a textbook example of how human suffering can be explained to an entire culture’s satisfaction ”without victims or perpetrators being able to or needing to change anything about the situation”.

Markets, by this light, become a way of subverting the iniquitous rhetorics cooked up by rulers and their priests. Why, then, have markets not ushered in a post-political Utopia? The problem is not to do with power. It’s to do with knowledge. Jobs used to be *hard*. They used to be intellectually demanding. Never mind the seven-year apprenticeships of Medieval Europe, what about the jobs a few are still alive to remember? Everything, from chipping slate out of a Welsh quarry to unloading a cargo boat while maintaining its trim, took what seem now to be unfeasible amounts of concentration, experience and skill.

Now, though — and even as they are getting fed rather more, and rather more fairly, than at any other time in world history — the global proletariat are being starved, by automation, of the meaning of their labour. The bloodlessness of this future is not a subject Lucassen spends a great many words on, but it informs his central and abiding worry, which is that slavery — a depressing constant in his deep history of labour — remains a constant threat and a strong future possibility. The logics of a slave economy run frighteningly close to the skin in many cultures: witness the wrinkle in the 13th Amendment of the US constitution that legalises the indentured servitude of (largely black) convicts, or the profits generated for the global garment industry by interned Uighurs in China. Automation, and its ugly sister machine surveillance, seem only to encourage such experiments in carceral capitalism.

But if workers of the world are to unite, around what banner should they gather? Lucassen identifies only two forms of social agreement that have ever reconciled us to the unfair distribution of reward. One is redistributive theocracy. “Think of classical Egypt and the pre-Columbian civilizations,” he writes, “but also of an ‘ideal state’ like the Soviet Union.”

The other is the welfare state. But while theocracies have been sustained for centuries or even millennia, the welfare state, thus far, has a shelf life of only a few decades, and is easily threatened.

Exhausted yet enlightened, any reader reaching the end of Lucassen’s marathon will understand that the problem of work runs far deeper than politics, and that the grail of a fair society will only come nearer if we pay attention to real experiences, and resist the lure of utopias.