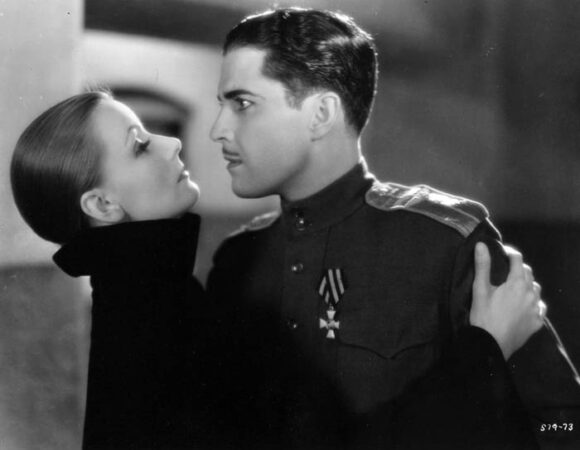 Reading Stars and Spies: Intelligence Operations and the Entertainment Business
by Christopher Andrew and Julius Green for the Spectator, 18 December 2021

On 2 October 2020, when he became chief of the UK Secret Intelligence Service (MI6, if you prefer), Richard Moore tweeted (*tweeted!*)

The gesture’s novelty disguised, at the time, its appalling real-world implications: Bond was, after all, competent; and Smiley had integrity.

Stars and Spies, by veteran intelligence historian Christopher Andrew and theatre director and circus producer Julius Green, is a thoroughly entertaining read, but not at all a reassuring one. “The adoption of a fictional persona, the learning of scripts and the ability to improvise” are central to career progression in both theatre and espionage, the writers explain, “and undercover agents often find themselves engaged in what is effectively an exercise in in long-form role play.”

It should, then, come as no surprise that this book boasts “no shortage of enthusiastic but inept entertainer-spies”.

There’s Aphra Behn, the first woman employed as a secret agent by the British state during the Second Anglo-Dutch War in 1665: reaping no secret intelligence from her former lover, “ASTRA, Agent 160”, she made stuff up.

As, indeed, did “The Man Called Intrepid”, Sir William Stephenson, subject, in 1976, of the biggest-selling book ever on intelligence history. His recollections, spanning everything from organising wartime resistance in Europe to developing the Spitfire and the jet engine, work on the German Enigma code, and developing nuclear weapons, turned out to be the melancholy fabulations of a man suffering catastrophic memory loss.

The authors imagine that their subject — the intersection between spying and acting — is entertaining enough that they can simply start in the England of Good Queen Bess and Christopher Marlowe (recruited to spy for Walsingham while a student at Cambridge; also wrote a play or two), and end with the ludicrous antics (and — fair’s fair — brilliant acting) of US spy show Homeland.

And, by and large, they’re right. Begin at the beginning; end at the end. Why gild the lily with anything so arduous as an argument, when your anecdotes are this engaging? (Daniel Defoe’s terrifying plans for a surveillance state were scotched because the government’s intelligence budget was being siphoned off to keep Charles II’s mistresses quiet; and why were the British establishment so resistant to the charms of Soviet ballerinas?)

This approach does, however, leave the authors’ sense of proportion open to question. They’re not wrong to point out that “the most theatrical innovations pioneered by Stalinist intelligence were the show trials”, but in the context of so many Corenesque quasi-theatrical anecdotes, this observation can’t help but feel a bit cheap.

Once the parallels between spying and acting have been pointed out, the stories told here (many of them the fruit of fairly arduous primary research) sometimes come across as slightly fatuous. Why should the popular broadcaster Maxwell Knight not be a powerful recruiter of spies during the inter-war years? There’s nothing counter-intuitive here, if you think about the circles Knight must have moved in.

We are on surer ground when the authors measure the sharp contrast between fictional spies and their real-life counterparts. In the movies, honeypots abound, still rehashing the myths attaching to the courageous World War One French spy Mistinguett and the sadly deluded Margaretha Zelle (Mata Hari).

In truth, though, and for the longest while, women in this business have been more middle management than cat-suited loot. Recruited largely from Oxford’s women’s colleges and Cheltenham Ladies’ College, women played a more important part in the Security Service than in any other wartime government department, and for years, we are told, the service has been recruiting more women at officer and executive level than any other branch of government.

As for seduction and pillow-talk, even a fleeting acquaintance with men in their natural environment will tell us that, as Maxwell Knight put it, “Nothing is easier than for a woman to gain a man’s confidence by the showing and expression of a little sympathy… I am convinced,” he went on, “that more information has been obtained by women agents by keeping out of the arms of a man, than was ever obtained by willingly sinking into them.”

Fuelled by Erskine Childers’s peerless spy novel The Riddle of the Sands (1903), by Somerset Maughan’s Ashenden stories and by everything Fleming ever wrote, of course the audience for espionage drama hankers for real-life insight from writers “in the know”. And if the writer complains that the whole espionage industry is a thing of smoke and mirrors, well, we’ll find that fascinating too. (In Ben Jonson’s spy farce Volpone Sir Pol, on being told of the death of Stone the Fool, claims that Stone actually ran a sophisticated spy ring which communicated by means of dead drops hidden in fruit and vegetables. Eat your heart out, Le Carré.)

Andrew and Green, who both at different times studied history at Corpus Christi, Christopher Marlowe’s old college, are not really giving us the inside track. I would go so far as to say that they are not really telling us anything new. But they marshall their rare facts splendidly, and use them to spin ripping yarns.