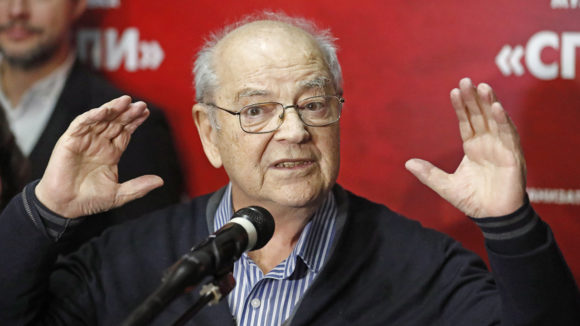 Founded in 2008, the Enlightener awards are modest by Western standards. The Russian prize is awarded to writers of non-fiction, and each winner receives seven million rubles – just over £8,500. This year’s ceremony took place last month at Moscow’s School Of Modern Drama, and its winners included Pyotr Talantov for his book exploring the distinction between modern medicine and its magical antecedents, and Elena Osokina for a work about the state stores that sold food and goods at inflated prices in exchange for foreign currency, gold, silver and diamonds. But the organizer’s efforts also extend to domestic and foreign lecture programmes, festivals and competitions. And at this year’s ceremony a crew from TV Rain (or Dozhd, an independent channel) was present, as journalists and critics mingled with researchers in medicine and physics, who had come to show support for the Zimin Foundation which is behind the prizes.

The Zimin Foundation is one of those young–old organizations whose complex origin story reflects the Russian state’s relationship with its intelligentsia. It sprang up to replace the celebrated and influential Dynasty Foundation, whose work was stymied by legal controversy in 2015. Dynasty had been paying stipends to young biologists, physicists and mathematicians: sums just enough that jobbing scientists could afford Moscow rents. The scale of the effort grabbed headlines. Its plan for 2015 – the year it fell foul of the Russian government – was going to cost it 435 million rubles: around £5.5 million.

The Foundation’s money came from Dimitry Zimin’s sale, in 2001, of his controlling stake in VimpelCom, Russia’s second-largest telecoms company.  Raised on non-fiction and popular science, Zimin (pictured) decided to use the money to support young researchers. (“It would be misleading to claim that I’m driven by some noble desire to educate humankind”, he remarked in a 2013 interview. “It’s just that I find it exciting.”)

As a child, Zimin had sought escape in the Utopian promises of science. And no wonder: when he was two, his father was killed in a prison camp near Novosibirsk. A paternal uncle was shot three years later, in 1938. He remembers his mother arguing for days with neighbours in their communal apartment about who was going to wash the floors, or where to store luggage. It was so crowded that when his mother remarried, Dmitry barely noticed. In 1947, Eric Ashby, the Australian Scientific Attaché to the USSR, claimed “it can be said without fear of contradiction that nowhere else in the world, not even in America, is there such a widespread interest in science among the common people”. “Science is kept before the people through newspapers, books, lectures, films, exhibitions in parks and museums, and through frequent public festivals in honour of scientists and their discoveries. There is even an annual ‘olympiad’ of physics for Moscow schoolchildren.” Dimitry Zimin was firmly of this generation.

Then there were books, the “Scientific Imaginative Literature” whose authors had a section all of their own at the Praesidium of the Union of Soviet Writers. Romances about radio. Thrillers about industrial espionage. Stirring adventure stories about hydrographic survey missions to the arctic. The best of these science writers won lasting reputations in the West. In 1921 Alexander Oparin had the bold new idea that life resulted from non-living processes; The Origin of Life came out in English translation in New York in 1938. Alexander Luria’s classic neuropsychological case study The Mind of a Mnemonist described the strange world of a client of his, Solomon Shereshevsky, a man with a memory so prodigious it ruined his life. An English translation first appeared in 1960 and is still in print.

By 2013 Zimin, at the age of eighty, was established as one of the world’s foremost philanthropists, a Carnegie Trust medalist like Rockefeller and the Gateses, George Soros and Michael Bloomberg. But that is a problem in a country where the leaders fear successful businesspeople. In May 2015, just two months after Russia’s minister of education and science, Dmitry Livanov, presented Zimin with a state award for services to science, the Dynasty Foundation was declared a “foreign agent”. “So-called foreign funds work in schools, networks move about schools in Russia for many years under the cover of supporting talented youth”, complained Vladimir Putin, in a speech in June 2015. “Actually they are just sucking them up like a vacuum cleaner.” Never mind that Dynasty’s whole point was to encourage homegrown talent to return. (According to the Association of Russian-Speaking Scientists, around 100,000 Russian-speaking researchers work outside the country.)

Dynasty was required to put a label on their publications and other materials to the effect that they received foreign funding. To lie, in other words. “Certainly, I will not spend my own money acting under the trademark of some unknown foreign state”, Zimin told the news agency Interfax on May 26. “I will stop funding Dynasty.” But instead of stopping his funding altogether, Zimin founded a new foundation, which took over Dynasty’s programmes, including the Enlighteners. Constituted to operate internationally, it is a different sort of beast. It does not limit itself to Russia. And on the Monday following this year’s Enlightener awards it announced a plan to establish new university laboratories around the world. The foundation already has scientific projects up and running in New York, Tel Aviv and Cyprus, and cultural projects at Tartu University in Estonia and in London, where it supports Polity Press’s Russian translation programme.

In Russia, meanwhile, history continues to repeat itself.  In July 2019 the Science and Education Ministry sent a list of what it later called “recommendations” to the institutions it controls. The ministry should be notified in detail of any planned meetings with foreigners and provide the names. At least two Russian researchers must be present at any meeting with foreigners. Contact with foreigners outside work hours is only allowed with a supervisor’s permission. Details of any after-hours contact must be summarized, along with copies of the participants’ passports. This doesn’t just echo the Soviet limits on international communication. It copies them, point by point.

In Soviet times, of course, many scientists and engineers lived in golden cages, enjoying unprecedented social status. But with the Soviet collapse in 1991 came a readjustment in political values that handed the industrial sector to speculators, while leaving experts and technicians without tenure, without prospects; above all, without salaries.

The wheel will keep turning, of course. In 2018 Putin promised that science and innovation were now his top priorities. And things are improving: research and development now receives 1 per cent of the country’s GDP. But Russia has a long way to go to recover its scientific standing, and science does poorly in a politically isolated country. The Enlighteners – Russia’s only major award for non-fiction – are as much an attempt to create a civic space for science as they are a celebration of a genre that has powered Russian dreaming for over a hundred years. 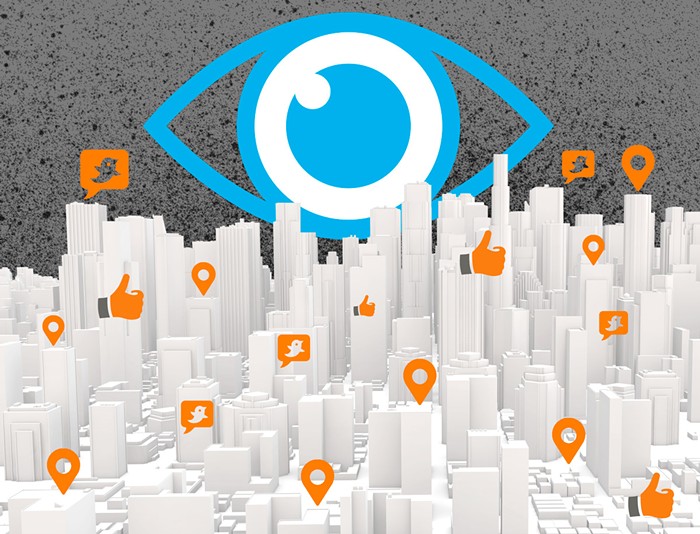