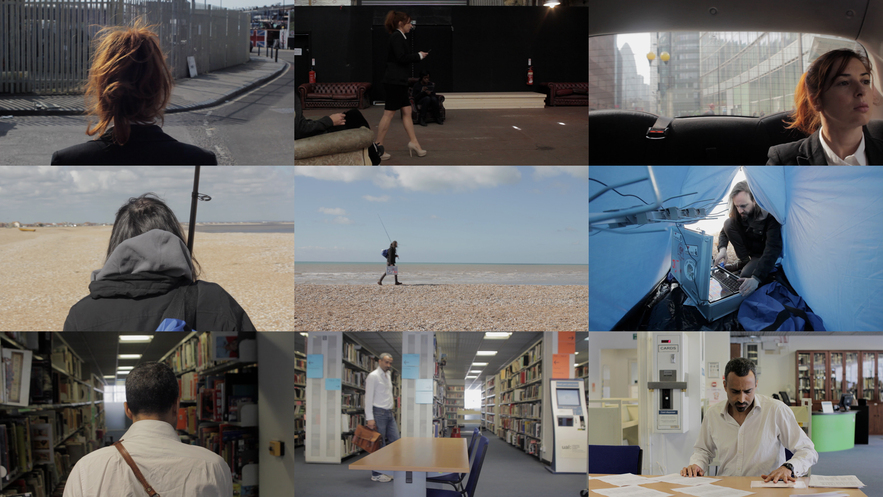 Last Saturday the ReConstitutional Convention – a global experiment in political system design – brought together diverse groups of social inventors all over the world to imagine and prototype original and alternative architectures for governing.

By pure coincidence, this was also the week I started researching for the 70th anniversary of the discovery of LSD.

Here’s my bit. (There are lots of others)

Around 6’20” I start channeling Timothy Leary; watch Lydia Nicholas‘s face as it begins to dawn on her that this to-camera is going up on YouTube FOR EVER…

[youtube http://www.youtube.com/watch?v=yqNWX-QFZgw]
I’d like to thank Tobias Revell and Justin Pickard for inviting me along to this creative, playful, exasperating and very rewarding day.

written for the Arcfinity blog:

Google’s swooshy new concept video for augmented reality goggles (or “spex”, if you will) has certainly put the virtual cat among the digital pigeons. An attempt, perhaps, to leapfrog the iPad – if Google can persuade us that what we really want is headwear that will let us see things that aren’t really there. [youtube http://www.youtube.com/watch?v=9c6W4CCU9M4?rel=0]

I recently spent an entire evening doing just that. Aurasma, a start-up spun out of Autonomy (another search giant, incidentally), aims to bring AR to the masses;
that evening, its glamorous representatives pasted digital magic over a south London gallery’s functional white-and-grey surfaces.

Rice packets came to life in our hands to show us how to cook rice. Books spilled their letters into our laps; they took wing and flocked about our heads like so many starlings. Avatars swung their swords blindly about the gallery.

AR is one of a handful of technologies that are likely to transform our lives in the very near future. And I don’t use the ‘T’ word lightly. People talk about the great things AR can show you. Every wall becomes a picture! Every picture becomes a movie! Every object becomes something other, something better than itself – or seems to. Oddly nobody talks about AR’s ability to hide things. And since I’d been invited along in the role of Ancient Mariner (stopping one of three with tales of future horror – I am a writer after all; this is my job) it was this ability to subtract from the visual richness of the real which interested me the most. Never mind the avatars and the rice-packets: these are distractions, no different in kind to movies, posters, fiercely rung handbells, and all the other manifold calls to our attention. Let’s get back to basics here. What does it mean to look at the world through a screen? The granularity of the world is always going to be finer than the granularity of the medium through which we perceive it. No matter how photorealistic AR gets, it will always be taking information out of the picture plane. So AR has the potential to render the world down to a kind of tedious photographic grammar – the kind employed by commercial image libraries, whose job it is to reduce the world to a series of unambiguous stills illustrating stock ideas like ‘busy at work’ or ‘looking after the children’. This is nothing new. Photography has the ability to do this, obviously. But photography cannot be stuck over (or in) your eyeballs twenty-four hours a day. AR has this potential, substituting the real with a simplified description for anyone wearing the funny glasses. Lacanian psychoanalysts have a word for this process of simplification: they call it repression. And if AR becomes truly ubiquitous, then we will no longer be able to trust our eyes, and will probably have to develop a neurotic relationship with this technology. Is AR a good thing, then, or a bad thing? This is the kind of question we’re trying to avoid in Arc. Not because it is a hard question, but because it is a bad question. It assumes we have no agency, no wit, no common sense. It assumes we’re at the mercy of our own technology. The problems thrown up by AR will not be new. They will be old. They will be fairytale-like problems. (Is that woman by the bar a fairy, a queen, or a crone? Is the wizard touting for trade in the shopping centre a wizard at all, or a mere trickster? Is our Prime Minister really wearing any clothes?) It may be that, in order to navigate this fairytale visual space, AR will give birth to an entirely new set of visual behaviours. It wouldn’t be the first time. Look at reading. There is nothing ‘natural’ – certainly nothing evolved – about it. But we welcome its effects, and we build upon them, and we celebrate them. In some ways reading makes us less -it’s been shooting human memory in the foot repeatedly since Plato’s day. In other ways it makes us more: it
allows us to share the knowledge and experiences of people we will never meet, of people who have ceased to exist, of people who never existed. AR will do the same.

On June 16 2013, urbanist Liam Young brought together an ensemble of thinkers, writers and artists to forge the collaborative blueprint for a future city. I went along to rub shoulders with, among others, Warren Ellis, Rachel Armstrong and Bruce Sterling, and to film this wrap-up discussion between Sterling and Young.

I talk to the architect and urbanist Liam Young for Arc about his brush with Special Branch, and how a robotic ballet at Dublin’s Science Gallery led to him and his colleagues being recorded under the UK’s Terrorism Act.

I went along to London’s Design Museum to catch the opening of United Micro Kingdoms (UMK): A Design Fiction. The exhibition, conceived and curated by design studio Dunne & Raby, uses elements of industrial design, architecture, politics and science to explore the future of design. Anthony Dunne talked to Arc about his four fictional kingdoms, his love of science fiction, and the value of dystopic thinking.

In May 2012, novelist and digital pundit Nick Harkaway talked to me about Attenuation, his story in Arc 1.2, and about The Blind Giant, a guide to being human in a digital world.