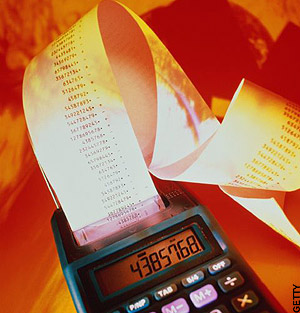 One to Nine by Andrew Hodges and The Tiger that Isn’t by Michael Blastland and Andrew Dilnot
reviewed for the Telegraph, 22 September 2007

Twenty-four years have passed since Andrew Hodges published his biography of the mathematician Alan Turing. Hodges, a long-term member of the Mathematical Physics Research Group at Oxford, has spent the years since exploring the “twistor geometry” developed by Roger Penrose, writing music and dabbling with self-promotion.

Follow the link to One to Nine’s web page, and you will soon be stumbling over the furniture of Hodges’s other lives: his music, his sexuality, his ambitions for his self?published novel – the usual spillage. He must be immune to bathos, or blind to it. But why should he care what other people think? He knows full well that, once put in the right order, these base metals will be transformed.

“Writing,” says Hodges, “is the business of turning multi?dimensional facts and ideas into a one?dimensional string of symbols.”

One to Nine – ostensibly a simple snapshot of the mathematical world – is a virtuoso stream of consciousness containing everything important there is to say about numbers (and Vaughan Williams, and climate change, and the Pet Shop Boys) in just over 300 pages. It contains multitudes. It is cogent, charming and deeply personal, all at once.

“Dense” does not begin to describe it. There is extraordinary concision at work. Hodges covers colour space and colour perception in two or three pages. The exponential constant e requires four pages. These examples come from the extreme shallow end of the mathematical pool: there are depths here not everyone will fathom. But this is the point: One to Nine makes the unfathomable enticing and gives the reader tremendous motivation to explore further.

This is a consciously old-fashioned conceit. One to Nine is modelled on Constance Reid’s 1956 classic, From Zero to Infinity. Like Reid’s, each of Hodges’s chapters explores the ideas associated with a given number. Mathematicians are quiet iconoclasts, so this is work that each generation must do for itself.

When Hodges considers his own contributions (in particular, to the mathematics underpinning physical reality), the skin tightens over the skull: “The scientific record of the past century suggests that this chapter will soon look like faded pages from Eddington,” he writes. (Towards the end of his life, Sir Arthur Eddington, who died in 1944, assayed a “theory of everything”. Experimental evidence ran counter to his work, which today generates only intermittent interest.)

But then, mathematics “does not have much to do with optimising personal profit or pleasure as commonly understood”.

The mordant register of his prose serves Hodges as well as it served Turing all those years ago. Like Turing: the Enigma, One to Nine proceeds, by subtle indirection, to express a man through his numbers.

If you think organisations, economies or nations would be more suited to mathematical description, think again. Michael Blastland and Andrew Dilnot’s The Tiger that Isn’t contains this description of the International Passenger Survey, the organisation responsible for producing many of our immigration figures:

The ferry heaves into its journey and, equipped with their passenger vignettes, the survey team members also set off, like Attenboroughs in the undergrowth, to track down their prey, and hope they all speak English. And so the tides of people swilling about the world?… are captured for the record if they travel by sea, when skulking by slot machines, half?way through a croissant, or off to the ladies’ loo.

Their point is this: in the real world, counting is back-breaking labour. Those who sieve the world for numbers – surveyors, clinicians, statisticians and the rest – are engaged in difficult work, and the authors think it nothing short of criminal the way the rest of us misinterpret, misuse or simply ignore their hard-won results. This is a very angry and very funny book.

The authors have worked together before, on the series More or Less – BBC Radio 4’s antidote to the sort of bad mathematics that mars personal decision-making, political debate, most press releases, and not a few items from the corporation’s own news schedule.

Confusion between correlation and cause, wild errors in the estimation of risk, the misuse of averages: Blastland and Dilnot round up and dispatch whole categories of woolly thinking.

They have a positive agenda. A handful of very obvious mathematical ideas – ideas they claim (with a certain insouciance) are entirely intuitive – are all we need to wield the numbers for ourselves; with them, we will be better informed, and will make more realistic decisions.

This is one of those maths books that claims to be self?help, and on the evidence presented here, we are in dire need of it. A late chapter contains the results of a general knowledge quiz given to senior civil servants in 2005.

The questions were simple enough. Among them: what share of UK income tax is paid by the top one per cent of earners? For the record, in 2005 it was 21 per cent. Our policy?makers didn’t have a clue.

“The deepest pitfall with numbers owes nothing to the numbers themselves and much to the slack way they are treated, with carelessness all the way to contempt.”

This jolly airport read will not change all that. But it should stir things up a bit.